Asians running Away from Home

Why do British and South Asians run away from home? And why is it such a well-kept secret in Asian families? DESIblitz talks to a few runaways to find out more.

"The family do not acknowledge me because I ran."

Running away from home is a rising epidemic in all parts of the UK. It is estimated that 100,000 children and young people run away from home each year. That is 275 children every single day. Only a small proportion later return to their families.

Interestingly, 10 per cent of females run away from home before the age of 16. This is much higher than males at 8 per cent. For South Asian families, these numbers are much lower than the national average, but they are gradually rising.

Over the years, there have been countless reports of young girls and boys running away from traditional families, all of which have been shooed under the carpet, never to be spoken of.

There are many cases where South Asians tend to leave their homes and escape to a situation that is probably worse than the one that they are in, but the real question is why do they do it? What causes them to leave behind everything they know and settle for something that is less than adequate? 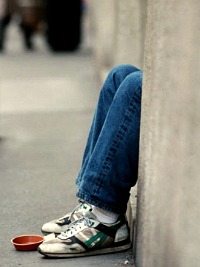 One woman, Beans, spoke of how and why she ran away: “I lived in Manchester and met a man when I was 20. He was the first man I had ever liked and so I became his girlfriend. What I didn’t know was that he already had a long term girlfriend, who was also the mother to his two children. I was in love. But my family saw us together.

“Everything changed for me. I was no longer allowed to leave the house and my older brother would abuse me mentally and physically on a daily basis. He would call me a slag and [beat] me every day. But it was too late because I was in love and didn’t want to let go of my partner.

“[My partner] used to top my phone up and keep me going but I stopped eating because I couldn’t leave the house. It was forbidden. This killed my mum and so she came to me one evening and told me: ‘You need to go, leave and be with this man that you love. Eventually you will be forgiven.’

“So I ran away 8 months after my relationship started after planning it with my partner. He took me to Birmingham and we settled into a house. Although I did regret it sometimes as I realised he had a temper and violent streak. What surprised me more than anything was the fact that I was a young Muslim girl whose mother actually gave me her blessing to leave. 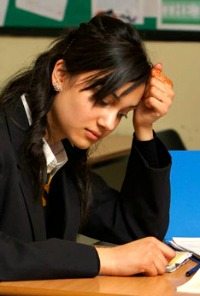 “I ran away 12 years ago and luckily my family have welcomed me back. Unfortunately my dad died before I got to go back to him and my older brother ignores me and the kids when I go home but everyone else accepts me,” Beans says.

One of the major causes for British Asian’s to run away from home is the issue of forbidden love, especially girls falling for guys who their parents and families do not approve of. Yet this is not the only reason. Physical or mental abuse and even sexual exploitation are also grounds for running away.

Two sisters, who only wish to be referred to as the Kaur’s also ran away from home. The Kaur’s say: “We were continuously put in care from a young age. Our mum couldn’t cope because she had a mental illness.”

“She would always beat us. So as soon as we became old enough, we left home and made a life for ourselves. We don’t see our mum anymore and we don’t want to. We do sometimes see our dad but it brings back bad memories. We don’t regret leaving.”

Conflicts in families are one of the main reasons that young people choose to leave. Once they do however, many are forced to live rough, and even steal to survive. Less than 30 per cent or runaways are reported by families or parents to the police.

Although more South Asian women tend to run away from home than men, the truth is men do it too. Mr Zaman, a 35 year old Birmingham man, ran away from not his home, but the airport: “I was meant to go away to Pakistan to have an arranged marriage. I’m in the closet, but definitely gay. I couldn’t tell my parents this. So I ran.”

“The family do not acknowledge me because I ran. They didn’t invite me to my sister’s wedding recently. If they knew I was gay they would die of shame,” he adds. 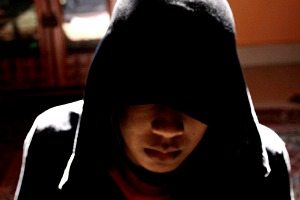 Another male, Zaf, spoke of how he used to run away as a teenager simply to get revenge on his mother. When she told him off he would disappear to Wolverhampton with one of his many girlfriends for a week. But when he got bored he would come back.

Our final runaway wishes to remain anonymous. When asked why she ran she said: “My mum was evil. She never did anything and I was always cleaning up after her. She drove me crazy. I knew she would soon try and get me married and so when she went to Pakistan to get my sister married, I made arrangements to leave and find myself and my independence.”

“I left 11 years ago and I haven’t ever been back home. I miss my dad loads. Once my mum spotted me in the city centre and attacked me. She wasn’t concerned about me.”

Many women run away simply because they no longer have it in them to fight their families. Love for a man or physical abuse are the factors in their reasons for leaving. For men it is homosexuality or suppression. But the problem is too many families are being torn apart as a result.

For those who do suffer at the hands of their parents and families, whether this is physical or mental abuse, can we really blame them from trying to get away?

Living in the UK, it is evident that British Asian’s are prone to suffer serious cultural issues, especially those young people who are torn between the traditional minds of home and the modern, forward-thinking world around them. Who can we really blame in these cases? And can we ever make this better?