Yasmin Akhtar ~ Home Away From Home

Yasmin Akhtar’s ‘Home Away From Home’ exhibition visually records stories of the women who migrated from Mirpur to Britain during the 1950s and 1970s. DESIblitz chats exclusively to Yasmin to find out more.

“After listening to their stories, we thought it would be such a shame if we lost that rich culture.”

Birmingham Museum and Art Gallery understands the importance of uniting communities, allowing them opportunities to share their stories with others.

Home Away From Home is the most recent venture, which originated from a HLF-funded oral history project that was later developed by the Go-Woman! Alliance (GOAL).

In an exclusive Gupshup with DESIblitz, we spoke with Yasmin Akhtar who runs Go-Woman! Alliance. She allowed us an exciting insight into the beginnings of the project and what the attributing factors were which made it a success.

The germ of this idea was coined through GOAL’s community work, especially with the older generations of the British Asian community. These women would often meet for coffee mornings and recite stories or memories from their past. 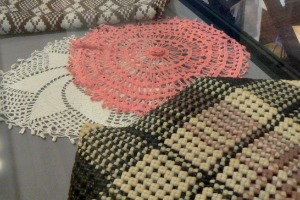 Yasmin explains: “After listening to their stories, we thought it would be such a shame if we lost that rich culture.”

The exhibition contains 20 audio case studies from local women, and Yasmin admitted that it was challenging to turn an audio project into a visually appealing display.

But thanks to donated items such as photographs, clothing and letters, they were able to honestly capture these experiences and the spirit of the region from which they came.

The stories displayed have shattered stereotypes of ‘hard times’ and ‘struggles’. Although there were a variety of barriers to overcome such as language and cultural differences, these women learnt to adjust.

Old Mirpur is now submerged under water as a result of building the Mangla Dam and is now only seen in drier months. The Pakistani government offered work permits for the UK in a bid to help the 110,000 people who were displaced.

Men were the first to arrive, and the women and family soon followed with the understanding that they would only stay for a couple of years. 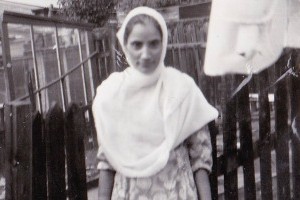 The only method of communication to their families back in Mirpur was through letters and by recording their voices onto cassette tapes. This lengthy process would take a week to reach loved ones and another for a reply.

As much as they pined for Mipur’s limitless fresh fruit, health and water, the longer they stayed in Britain, the more they recognised the brighter futures their families would be afforded here.

By far the biggest barrier to overcome for these women was language. They were unable to go out by themselves and relied heavily on their husbands for simple tasks like going to the doctors. Eventually they had to learn to do these things alone, which many recall as an intensely frightening experience.

This time in history marked an immense cultural change. The Britain they arrived in was very different to the Britain today.

In a country of unfamiliar language, culture and food, the Asian community set up smaller Asian corner shops bursting with fruit and comforts imported from their home country: “Women fought to preserve their identities in an unfamiliar culture,” Yasmin says.

In Birmingham at this time, there were no mosques, and so women decided to educate their children at home in order to maintain their own ideals and values. It wasn’t long before mosques were built as the community grew.

In comparison to Pakistan, women in Britain were blessed with an opportunity to get an education; many were able to participate in English classes. This helped them to gain a sense of independence, with one woman recalling:

“My parents didn’t let me study as they didn’t believe education was important for women. My parents would say, ‘What would women do with education? It’s not as if they would be getting a job!’”

Multicultural communities blossomed in Britain through a rediscovery of passions and skills for crafts such as crochet and knitting from first-generation immigrant women.

The exhibition displays a drape created by members of DOSTI Groups run at Adderley Children Centre and showcases the skills learnt at Home Away From Home project.

As stories have been shared with younger generations, the culture and history of Mirpur have been kept alive.

GOAL’s central aim is to bridge the gap between generations and to encourage these young people to experience and embrace the stories of their families:

“Granddad thought tarmac on the road had a black sheet wrapped around it as he had never seen a tarmac road before,” mentions one woman.

Many case studies were reluctant to donate photos due to cultural sensitivity. But as they saw the younger generations excitement at their stories, they have realised the great value of their stories.

Photos tell a richer story, and since the opening of Home Away from Home, these women have donated more openly. They have been overwhelmed by how their lives have impacted others: “We are so proud of our families. Our community is and has always been very special to us,” says one woman.

Although GOAL began this project expecting to receive an abundance of hardship stories, Yasmin admits how incredibly surprised she was to discover such a wealth of positive, fantastic memories.

The next aim for Go-Woman! Alliance will be to continue to showcase this exhibition within local settings such as Youth Centres as initially intended to keep young people at the heart of their organisation.

Laura is an avid writer with a particular interest in writing from a feminist perspective regarding a variety of social and cultural issues. Her passion lies within journalism. Her motto is: “If there's no chocolate then what is the point?”
Rasheed Araeen exhibits at Ikon Gallery
Cabaret Play The Greene Card tackles Racism