The Challenges of Growing Up with Dual Heritage in Britain

"People dismiss half my identity and think I'm just Indian."

What does it mean to carry a dual heritage? Having parents from different ethnic backgrounds is becoming increasingly popular in modern society.

The Office for National Statistics estimates that approximately 1.24 million people will be of mix race within the UK by 2020.

Despite this fact, the socio-cultural difficulties that dual heritage people face are rarely talked about within the mainstream.

We don’t face the same impact of a cultural stigma that our ancestors once did. However, growing up in modern day Britain with two cultures comes with new obstacles.

Drawing on people’s experiences, DESIblitz examines some key challenges that many dual heritage people have to encounter.

A Sense of Not Belonging 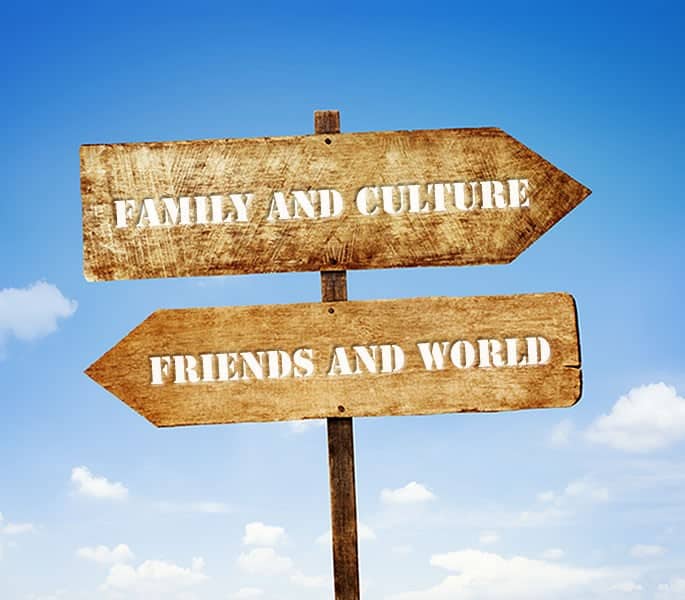 Have you ever found yourself confused about who you are? Having an identity crisis hits us all at one point. But those that are dual heritage know this struggle far too well.

Parents assume that one will adopt their culture, yet the truth is you can never fully identify with the same experiences as them. Similarly, parents can find it hard to identify with their own children.

However, this problem is not exclusive to the confinements of your family home. Outside it can be tough also, especially when relating to friends.

Often a person may find themselves standing between two identities; one that is for the family and another to show the rest of the world.

Scaachi Koul, an Indian-Canadian author writes about her own experiences in the book, One day we’ll all be dead and none of this will matter (2017). 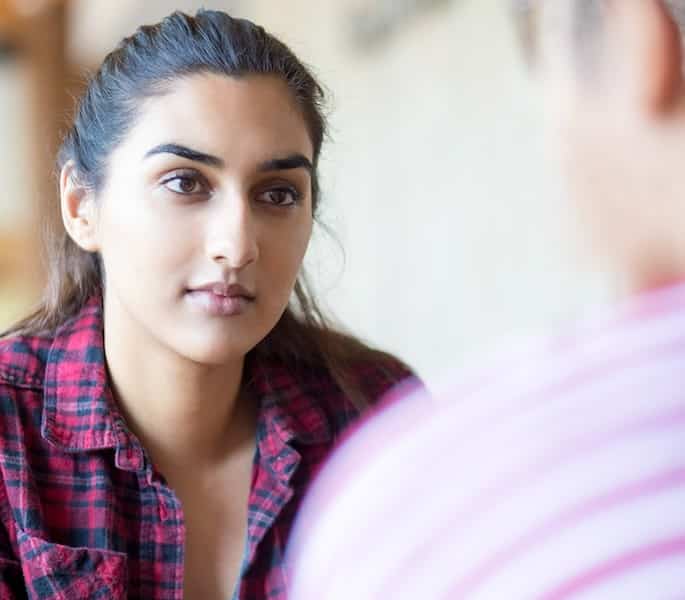 Being raised with more than one language at home is difficult.

Each parent wants to teach their child their native tongue and keep traditions of their home country alive.

Language is vital when building relationships and feeling a strong sense of identity within a community. Without this, people that carry a dual heritage can find it harder to assimilate.

Within cultures worldwide it can be dishonourable, and sometimes humorous to not know the native language.

It can also lead to the perception of laziness or unwillingness to speak.

Ali Hussain, 27 from Birmingham, speaks on his experiences of being half Iranian, half Indian.

“When I went to Iran I tried to speak Farsi, but I spoke it in an English accent which my relatives would mock me for.

“Afterward’s I used to pretend I couldn’t speak the language.”

Being Put on a Pedestal 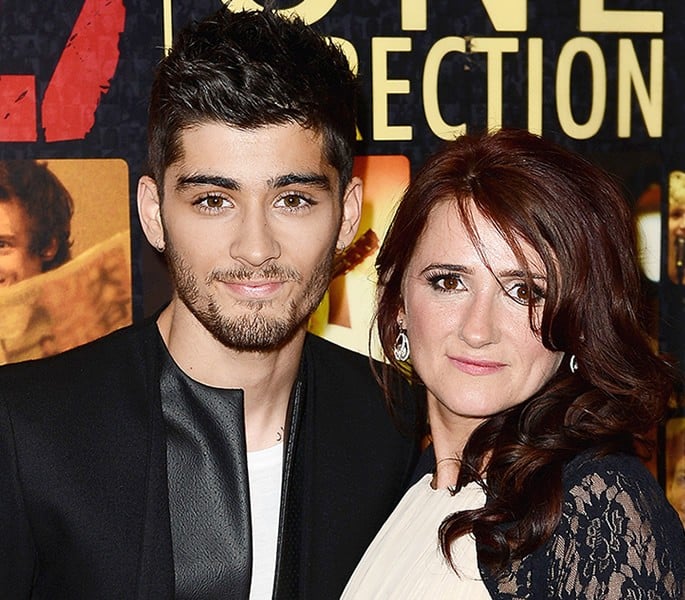 Often people who are mixed-race can be put on a pedestal and spoken about as an exotic commodity rather than a normal human being.

Abbey Mehdi, 22 from up north, shares her experiences facing this as a half Arab, half Pakistani woman.

“You’re seen as just a pretty face. People don’t want to get to know me because of who I am. All they care about is my physical traits.

“People always tell me they wish they were mixed race because they want ‘thick hair’ or ‘nice eyebrows’ like me. I think it’s straight up ignorance.”

This is damaging and can ferment a superiority complex within one’s mind.

We are all human and we should recognise each other by who we are, rather than what we are and our physical traits.

As a society, we should strive to change these attitudes.

However, this can go two ways, as people can also be negatively stereotyped due to their dual heritage.

“People tell me all the time they thought I was stuck up because I’m mixed race.” 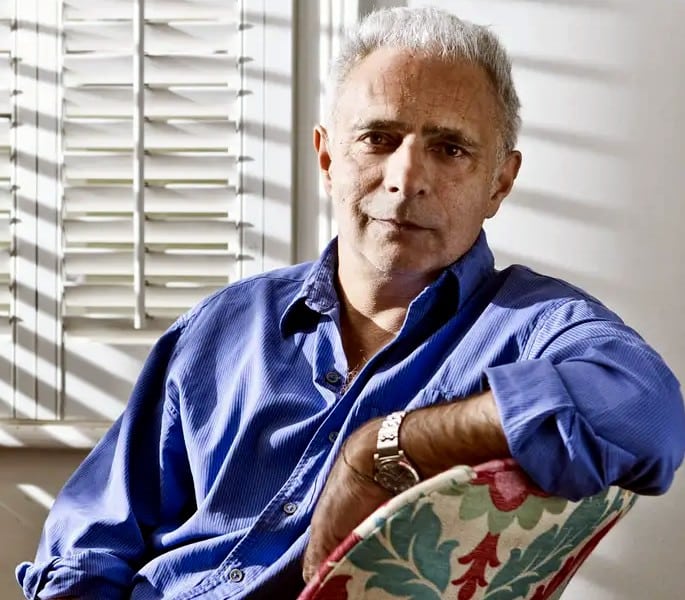 People may not accept you into a culture if you are not full blood. This is disheartening for some, and such experiences can leave a scar lasting forever.

Rosina Bhatti, a 20-year-old half Indian half European student recalls her own experience.

“I was born in India, yet I don’t speak Hindi, and I’m Catholic.

“I don’t seem to fit in anywhere because I eat Indian food, watch American TV and listen to Caribbean music.

“I feel like I can never really fit in anywhere perfectly.”

It is a human characteristic, wanting to belong. Yet integrating into a community that you never knew is an impossible feat.

“Their children, the British born generation, are further removed from the conventions of South Asian cultures, whilst not wholly assimilating into the surrounding indigenous culture.”

However, if you adopt a British identity this comes with another set of challenges.

Hanif Kureishi, a famous British Pakistani writer, reflects on this issue in his book, Dreaming and Scheming: Collected Prose: Reflections on Writing and Politics (2002):

“We were Britain’s children without a home.”

Despite growing up in England, many still did not accept him as a British, contributing to his identity complex. Kureishi was born to a Pakistan father and English mother.

Half Your Identity Dismissed 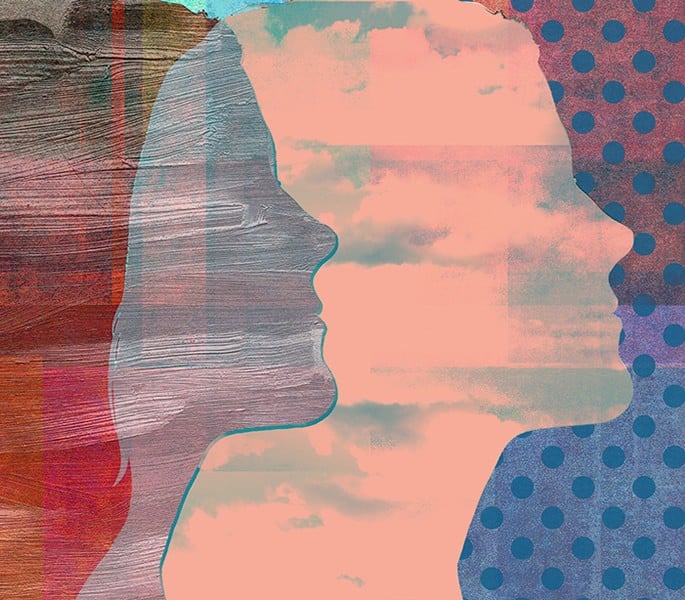 Whilst it can be fun to have people guess your ethnicity, it can often get tiresome. If you don’t fit into certain racial categories, people can find it hard to identify you.

Your race is simplified by others for their own ease. This can often lead to the dilemma of how you define yourself.

“I’ve felt like I didn’t belong all my life. People dismiss half my identity and think I’m just Indian.

“I hate the fact we’ve come up with these categories of white, brown and black because I don’t fit into one.”

Meanwhile, on the other spectrum, we have people like Fatima Parekh, a young Pakistani Indian woman who claims:

“People tell me I’m Indian all the time. I wish they knew that Pakistani culture is something completely different.”

“They tell me it’s all the same and it really gets to me. It makes me question who I am.”

However, it is important to note that even outside mainstream belief, being part of two cultures is a blessing.

Though it can challenging also; it can be lonely and confusing at times. It is hard to convey these feelings to parents who have never experienced a cultural identity crisis.

But exposure to the two sets of culture, cuisine, art and language can only strengthen your knowledge of the world and propel you forward in life.

Rosina points out everyone should become with familiar with this, mentioning:

“People need to start getting used to it, to be honest. The whole world is mixing nowadays.

“Be proud of who you are where you come from, no matter how many different places that may be.”

It can be challenging to find your own sense of identity as a mixed-race person. In this case, one should not confine themselves to their biological roots.

Perhaps, one can use their cultural knowledge as a guide to creating a unique identity.

For those who come from dual heritage background, your parents’ unity is something that nobody could have predicted.

But to live the best of three worlds, including the cultural heritage that you have inherited from your parents and adopting the British way of life and culture is special.

As author Jonathan R. Miller puts it: “You can’t always choose which. Sometimes you have to BE which.”

Zahra studies English and Media. She spends her pastime reading, writing, occasionally daydreaming but always learning. Her motto is: 'We need to stop being content with mediocrity when we were once heavenly beings.'
Artwork by Mohsin Shafi & Saadia Hussain in ‘No Man’s Land’
The Shendi and Shalima Wedding Culture of Pakistan