Tanvir Ahmad Lone, a taxi driver in Worcester, has been caught by two BBC journalists for watching a Bollywood film while driving them through the city centre.

Not many people know it is an offence to use a hand-held mobile device when your vehicle is stationary with the engine on.

A taxi driver was caught in the midst of watching a Bollywood film while driving through Worcester city centre, in the early morning of March 14, 2015.

Tanvir Ahmad Lone was carrying two passengers in his taxi when a Bollywood film was running on his mobile phone, which was mounted on the windscreen.

Little did he know that his passengers were no ordinary people. They were two journalists from BBC Hereford and Worcester.

Kate West and Stewart Kingscott were surprised that Tanvir did not stop the film when he began driving.

Instead of asking Tanvir to stop playing the film, they recorded the incident on their camera.

Kate said: “You could see him glancing over to watch the phone. It wasn’t when we stopped in traffic. It was pretty much the whole time.”

But according to the 45-year-old taxi driver, the Bollywood film had been playing before he picked up the two journalists.

He emphasised his taxi was stationary when the film started. After the BBC journalists got on his vehicle, it continued to play in the background by accident. 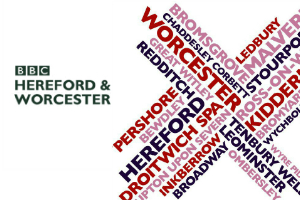 Having been a taxi driver for 15 years, Tanvir is experienced in his line of work to say the least.

Although it is legal to use hands-free electronic devices on UK roads, he should be well aware of the potential risks of having such distraction on the job.

Tanvir promised it would never happen again, but not before he clarified the incident was an honest mistake and ‘unfortunate coincidence’.

Speaking to BBC News, he said: “In my defence, I have to say this: I would never do this and it was just an unfortunate coincidence that you [film] it and it would never happen again.”

Lesley Borthwick, secretary of the Worcester Taxi Drivers Association, commented on the incident.

She said: “I was very disappointed and shocked when I saw the video. I assume it will be formally reported the police and the council. It will be down to those two authorities to take appropriate action.

“I hope everybody learns from this and that we don’t have any other drivers in this situation.”

In response to Lesley’s call for serious attention, Worcester City Council has already started an investigation.

A spokesman for Worcester City Council said: “The specific allegation is one of dangerous driving and therefore should be reported to the police.”

The spokesman added: “All hackney carriage drivers in the city have to undergo a rigorous process including criminal record checks every three years, reporting any accidents, criminal convictions or speeding offences to the council.” 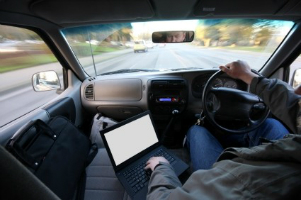 Medical examinations are also required for taxi drivers aged 49 and above to ensure the fitness of the driver as well as safety of the passengers.

According to Worcester News, the matter has not been reported to the police yet. But precedents in the UK would suggest Tanvir is likely to be fined.

A lorry driver had been fined £500 on the spot by the Kent Police who caught him watching a film on his laptop while driving on M20 in June 2014. Another lorry driver was also issued a ticket by the Surrey Police for an identical wrongdoing on M25 in December 2014.

Speaking on behalf of road safety charity Brake, James McLoughlin said: “Any distraction, whether it’s speaking on the phone or applying your make-up, is going to significantly increase your risk of being in a crash.”

Since December 2003, it has been made illegal in the UK to use a hand-held mobile device while driving. Not many people know that it is also an offence to do so when your vehicle is stationary with the engine on.

Drivers can also be penalised and prosecuted if they are not in good control of the vehicle while using a hands-free mobile device.