Two brothers, who are both taxi drivers, from Birmingham were caught by police with nearly £300,000 in their cars.

they refused to explain the source of the cash

Two taxi driver brothers from Birmingham have received prison sentences after police found nearly £300,000 of dirty money in their cars.

They also found £138,475 in a sealed package in the boot of Saud Zaffar’s Skoda.

Police made the discovery after the two brothers were pulled over on the M62, near Ferrybridge in West Yorkshire, at 7 pm on February 18, 2018.

Their vehicles were searched and the dirty money was found. The haul was worth £288,420.

It was not known where they got the money from.

The pair were arrested but when they were interviewed, they refused to explain the source of the cash they had in their vehicles.

However, the Proceeds of Crime Act puts the burden of proof on the person carrying the cash to prove the man is from a legitimate source.

Irfan and Saud Zaffar both pleaded guilty to transferring criminal property on June 8, 2021. 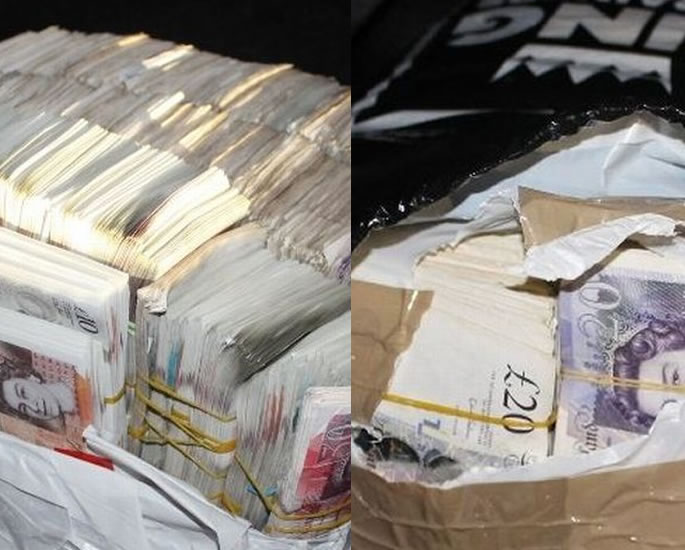 An HMRC spokesperson said: “Her Majesty’s Revenue and Customs will not hesitate to pursue those suspected of playing their part in serious organised crime, which costs Britain tens of billions of pounds every year.

“We encourage anyone with information about money laundering to report it online or call the Fraud Hotline on 0800 788 887.”

In a similar case, a man from Manchester was jailed after he was found with £553,000 of dirty cash.

Amir Khan was caught driving around with more than £150,000 in cash stuffed in carrier bags. When questioned, he refused to say where the money had come from.

In October 2018, Khan handed the cash to two associates, however, all three were being watched by HM Revenue and Customs investigators.

They were stopped and the cash was subsequently seized.

Shabir Kharal, aged 63, a self-employed builder from Bolton, was found with more than £64,000 of the cash.

Meanwhile, Sohail Bham, aged 44, a self-employed courier from Bradford had more than £97,000 in his car.

Investigators then searched unemployed Khan’s home in Cheetham Hill and uncovered bundles of banknotes totalling £403,750 as well as a cash-counting machine.

The three men were arrested, however, they refused to answer questions about the dirty cash.

On January 15, 2021, the men were sentenced at Manchester Minshull Street Crown Court.

He was jailed for four years and 10 months.

Dhiren is a journalism graduate with a passion for gaming, watching films and sports. He also enjoys cooking from time to time. His motto is to “Live life one day at a time.”
Vehicle smashes into Indian Restaurant Window in ‘Hate Crime’
Michelle Mone allegedly Racially Abused Indian Heritage Man