In a surprising twist on Bigg Boss 10 Swami Om exited from the Boss House and entered a secret room. No contestant left the show during the weekend.

At present, there is total suspense on the impending eviction

On Sunday 6th November 2016, megastar and host of Bigg Boss 10 Salman Khan announced Swami Om was the contestant to bid adieu to the Bigg Boss House.

As soon as the most mazedaar housemate left the premises of the house, Indiawale Manveer, Manu and Navin broke down. Watching them sob uncontrollably most gharwale too got emotional.

But little do they know that Swami Om has not been ousted from the show instead he has been stationed at a secret room by Bigg Boss himself.

At present, there is total suspense on the impending eviction.

Adding to the twists and turns and ensuring that the contestants’ journey remains unpredictable, Salman Khan introduced a brand-new concept to the contestants – an Immunity Medallion which would give one contestant the power to escape from two nominations completely of the contestant’s choice.

Next, to teach the importance of Karma, Karmphal Data SHANI, the ultimate Lord of Justice, went into the Bigg Boss house to advise the contestants about their conduct. 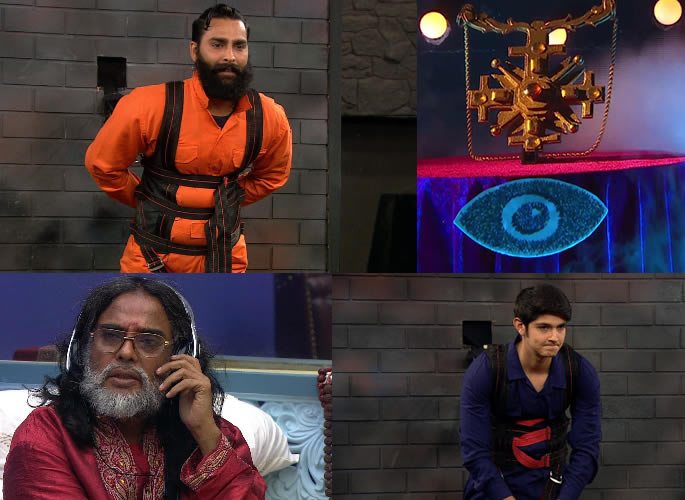 Shani spoke to the contestants’ about their actions and told them that their future would be positive if they walk down the right path. After listening to Shani’s message, all the contestants questioned their own perceptions of what was right and what was wrong.

And just when it seemed that the contestants had it decoded, Salman Khan announced it was time for the keechad task.

Here, two contestants were tied to a wall and were made to answer some questions to reveal their true intentions.

Rohan–Manveer and Manu–Karan faced a volley of questions while their fellow contestants voted to highlight if their responses were acceptable or not.

But, through it all, curiosity continues on whose time is up? Who will be the third contestant to get evicted from BB 10?

We will be bringing you all the details.

Mariya is a cheerful person. She is very passionate about fashion and writing. She also enjoys listening to music and dancing. Her motto in life is, "Spread happiness."
Babies AbRam and Ahil are Celebrities on the Web
Shahrukh Khan to promote Dubai Tourism with Short Films