The remains of missing Hounslow man Mohammed Shah Subhani were discovered. Nine arrests have been made over the course of the investigation.

"Someone maliciously killed the apple of our eye"

The investigation into the disappearance of Mohammed Shah Subhani made developments as his remains were discovered in woodland 15 miles from his home in Hounslow.

The 27-year-old suddenly disappeared on May 7, 2019, and police have been looking for him ever since.

On December 19, 2019, police publicly confirmed that his remains had been found in the Hedgerley area of Beaconsfield, Buckinghamshire.

Specialist officers and experts have been searching close to Gerrards Cross woods for several days and are expected to remain in the area for another three weeks.

They continue to search the area near Hedgerley Lane.

Over the course of the investigation, eight people have been arrested, with the ninth arrest being made on December 20.

A 19-year-old man was re-arrested at Heathrow Airport on suspicion of conspiracy to commit murder, perverting the course of justice and preventing a lawful burial.

He remains at a west London police station.

The suspect was first arrested on August 29 on suspicion of conspiracy to murder and kidnap. He was released under investigation. 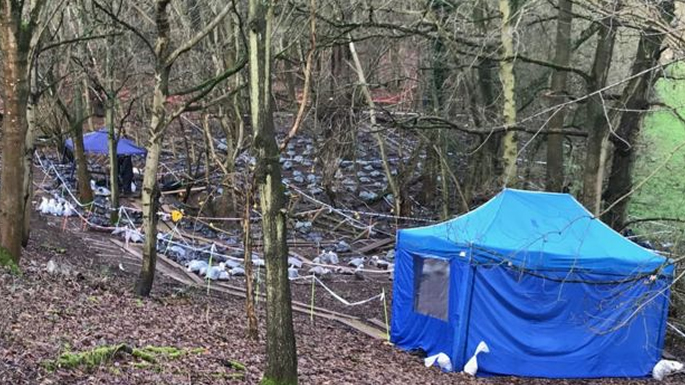 Mr Subhani’s family were informed and are being supported by family liaison officers.

His sister Quirat spoke of the family’s devastation:

“We kept our faith high and believed our beloved brother will return.

“It broke our hearts and shattered our world when we were told Shah’s body was discovered in an abandoned woodland 15 miles from home.

“Someone maliciously killed the apple of our eye, turned our world upside down and dumped him in an isolated woodland for his body to decompose and for us to be left with nothing but his bones, this will haunt us for a lifetime.”

She went on to urge those with information to come forward.

“Our hearts will never heal but what our brother does deserve is for justice to be served.

“We need the public’s help to think back seven months and try to remember anything that can help.”

Mr Subhani, known as Shah, left his home with a sum of cash without a trace. A murder investigation was launched as it was feared he was killed due to the length of time he had been missing.

“Today we can confirm that we have recovered Mohammed Shah Subhani’s remains.

“I met with Shah’s family and I broke this awful news to them, something that I hoped I would never have to do.

“This has been devastating news for Shah’s family at this truly unimaginable time.

“Shah had everything to live for and was loved by everyone; not only was he murdered, he was prevented a decent and dignified burial.

“I believe that Shah’s discovery is something that his killer(s) were confident would never happen and whilst the worst possible news for his loved ones, it presents a significant springboard for our investigation.

“I believe this area is known to a small group of people.

“However, as I have said before, we have a substantial amount of land left to search and it is very challenging terrain.”

“Officers, police staff and experts have been forced to build bridges and walkways, and divert significant volumes of water.” 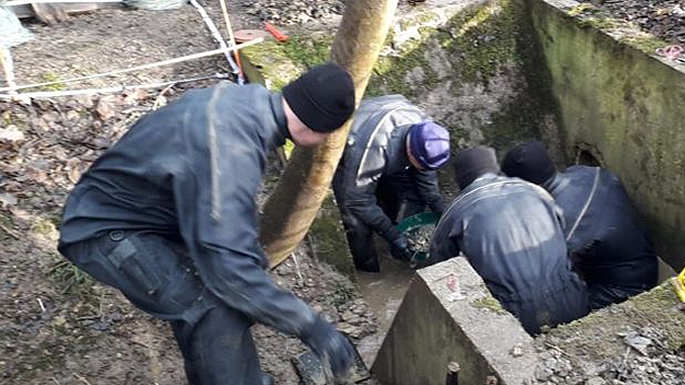 The area is not visible to passing motorists. Police believe that you have to know about it rather than coming across it.

DCI McHugh continued: “But a car parked up would possibly appear out of the norm to locals.

“The wooded area has evidence of spent shotgun cartridges, these are not connected to Shah’s death, but I would be keen to speak to people who use this area, particularly on or after May 7.

“This is painstaking and complex work as we search for evidence and we are likely to be here for several more weeks while we complete this important task.

“I am so grateful to the local community who have been so understanding and supportive of the police operation.

“I do apologise for the inconvenience that you are experiencing. We will continue to strive to keep disruption to a minimum.”

A black BMW X5 on cloned plates was spotted in the area just days after Shah went missing.

The car had been stolen in Farnborough, Hampshire, on February 8. Police recovered the vehicle on August 3 in Hounslow.

“This vehicle had two occupants and appeared to be loitering in the area.”

“This car was subsequently recovered in Hounslow.

“We are really interested in understanding who was using this vehicle, particularly on the May 7 and the following weeks.

“Please try and recall if you saw anything you felt was suspicious at this time, whether the BMW, or any other vehicle or people, or anything else that seemed out of place.

“Do not discount anything as being too insignificant to tell us about – it could prove to be a significant piece of the jigsaw in establishing what happened to Shah.”

My London News reported that a £20,000 remains on offer for information that leads to the arrest and conviction of those involved.

The eight arrests are:

Dhiren is a journalism graduate with a passion for gaming, watching films and sports. He also enjoys cooking from time to time. His motto is to “Live life one day at a time.”
Jilted Indian Woman kills Toddler in Washing Machine
Bradford Drug Dealers jailed over £3m Heroin & £130k Cash