Father of 2 Charged after Human Remains found in Suitcases

A married father-of-two from Wolverhampton has been charged after human remains were found inside two suitcases dumped in a forest.

"What it was, I can't tell you but it was strange."

Married father-of-two Mahesh Sorathiya, aged 38, of Wolverhampton, has been charged after human remains were found in dumped suitcases.

He was arrested after a woman’s body was found “sawed in half”, burned and dumped inside two suitcases in the Forest of Dean, Gloucestershire on the night of May 12, 2020.

Sorathiya appeared at Cheltenham Magistrates Court on May 16 after he was charged with assisting an offender.

Gareeca Conita Gordon, aged 27, of Birmingham, also appeared in court having been charged with murder.

The court heard that the victim could have died as long as a month before the human remains were found.

Kathryn Jones, prosecuting, explained that the case was too serious to be dealt with by magistrates.

District Judge Joti Bopa Rai remanded both in custody until their next hearing at Gloucester Crown Court on May 19, 2020.

The human remains were found near a quarry following a police search.

One resident living near the quarry spoke of the strange burning smell prior to the arrests.

He said: “It was an unusual smell of burning, it definitely wasn’t a bonfire because I burn a lot of wood on my property and it was nothing like it.

“I noticed it about 9:30 pm on Tuesday night. It was actually strong enough for me to smell inside the house. I actually came outside to see what it was. I’ve never smelt anything similar around here.

“The wind usually blows from the South West but on Tuesday it was coming from the North-East direction – the area near to the quarry where the police are now.

“I couldn’t see anything, no fire or smoke, it was just the smell.

“What it was, I can’t tell you but it was strange.”

Police were alerted after a member of the public reported suspicions about a vehicle due to its erratic driving.

It is believed that the victim is a woman from the Lozells area of Birmingham. Police are awaiting DNA results to confirm the victim’s identity. 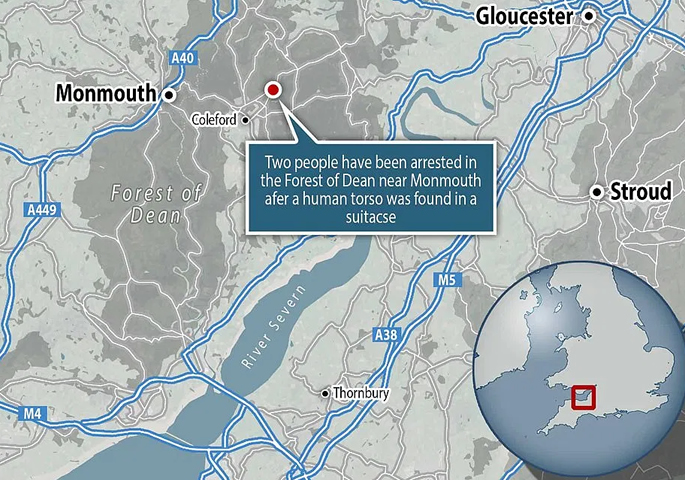 A property in Salisbury Road, Birmingham is believed to be the murder scene and was described as being “like an abattoir”.

A source close to the investigation told The Sun:

“It was like a bloodbath, they found a circular saw and the woman had been cut up the middle.”

Police moved in on Sorathiya’s five-bedroom home in Denmore Gardens and neighbours told of their shock. He and his wife Redha moved there in 2017 and have two teenage children.

Tesman Raju said of the Sorathiya family: “It’s so shocking. They are a lovely family – I never had a bad word to say about them.

“I saw them all just the other week cleaning their car on the driveway. There didn’t seem to be a problem.

“I considered them to be friends. When their father died, they knocked on my door and I went to their funeral. We got on well with them.

“The son is a nice guy. He didn’t have a bad word to say about anyone. All the family is nice to talk to.

“It’s such a shock to see the police here.”

Another neighbour said: “They are a well off family.

“It’s a nice house to live in and there’s usually a white Range Rover outside. There have been detectives going in and out all day.

“Police officers have been knocking on doors asking questions but they’re not telling us much.”

A Mercedes remained parked on the drive, however, there was no sign of the family’s white Range Rover.

“The nature of this incident is distressing and we’re working around the clock to fully understand what has happened.

“Someone’s life has been lost and our priority is to identify the victim and get answers for her family.

“Searches have taken place in the surrounding area for evidence gathering and contrary to media reports no remains have been found as part of these searches.

“Our Major Crime Investigation Team is working in collaboration with the West Midlands Police homicide team to carry out further enquiries.”

On May 15, a spokesperson for Gloucestershire Police said:

“A post-mortem examination yesterday was found to be inconclusive and further examinations are ongoing to establish the cause of death. DNA testing is also ongoing to identify the female victim.

“Searches have continued today around the area of Stowfield Quarry, near Coleford and some road closures remain in place in the surrounding area.”

Dhiren is a journalism graduate with a passion for gaming, watching films and sports. He also enjoys cooking from time to time. His motto is to “Live life one day at a time.”
Indian Wife walked 40 Days to meet Husband after Row
USA to Deport 161 Indians who entered Illegally