A picture of SRK’s daughter Suhana Khan from her college days acting as Juliet has gone viral. Is Bollywood naturally the next step for Suhana?

"My daughter teaching me to get the lyrics right on the sets."

Shahrukh Khan’s daughter Suhana Khan is a very popular celebrity child at the moment, with her viral throwback photo shows why.

The 18-year-old made headlines in 2018 when she appeared on the cover of Vogue India for it’s August issue.

Suhana gained popularity over her poised photo shoots and she definitely looked like a star in the making.

There has been a lot of speculation about when she will make her Bollywood debut and the rumours have come to life once again after several photos from her college days surfaced.

They show Suhana acting or directing scenes at Ardingly College in the UK with her friends.

It seems she has been practising for her big break in Bollywood for a long time as another photo of her performing in Romeo and Juliet went viral.

Starring as Juliet, she looks stunning in a white dress, slight curls and an expression which may become more prominent in the future.

It is clear that she is quite passionate about acting.

Her father has also openly spoken about his daughter and her venture into acting.

Suhana’s onstage performances in Romeo and Juliet are not the only thing that has prepped her for the big screen. She has also stunned her father by helping him on the sets of Zero. 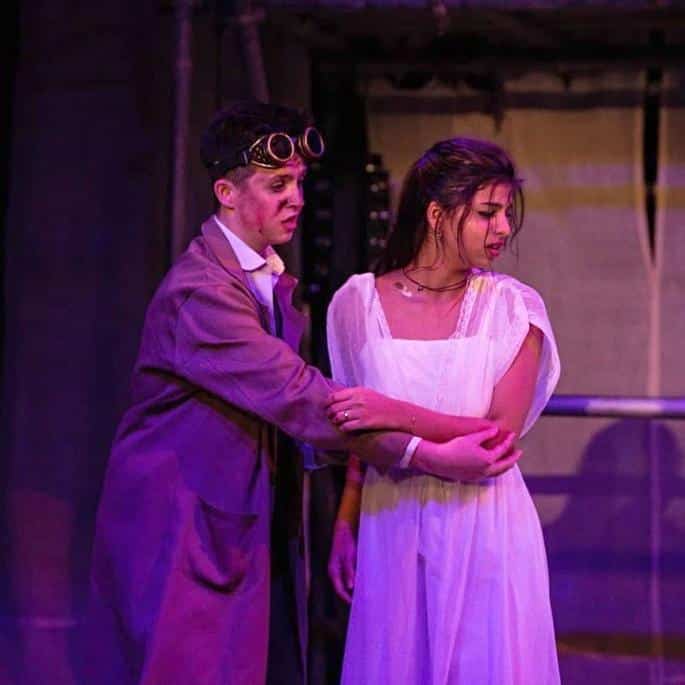 Shahrukh went on Instagram to let his followers know about the help his daughter brings when he is preparing for his films. He wrote:

“Of all the things I have done for Mere Naam Tu… this is the sweetest.

“My daughter teaching me to get the lyrics right on the sets. Hope after she sees the song she approves…”

Many are wondering when Suhana will make her big Bollywood debut. There are rumours, suggesting that Karan Johar will helm her first project. However, there is no confirmation as of yet.

Suhana’s eventual debut is certain to be one of the most anticipated, especially as she is the daughter of one of Bollywood’s most iconic stars.

She is not the only one who is set to take up a career in acting.

Her brother and SRK’s eldest son Aryan Khan is slated to make his Bollywood debut opposite Janhvi Kapoor’s sister Khushi.

Dhiren is a journalism graduate with a passion for gaming, watching films and sports. He also enjoys cooking from time to time. His motto is to “Live life one day at a time.”
Guz Khan talks Comedy and ‘Man Like Mobeen’ Series 2
No ‘Gulab Jamun’ for Aishwarya and Abhishek as Film is Axed