A photo of Sunny Leone and Mammootty had to be taken down from Facebook after it went viral and was subjected to lewd and sexist comments.

The photo was even made into inappropriate memes.

In what was supposed to be a lighthearted moment, a photo of Sunny Leone and Malayalam film legend Mammootty had to be removed from Facebook after it became the subject of internet trolls.

Actor Aju Varghese uploaded a photo of Sunny and Mammootty onto his social media accounts. The moment appeared to be the shoot of an item number for the upcoming Malayalam action film Madura Raja.

In the photo, Sunny is sitting coyly next to Mammootty on a sofa, surrounded by several men.

Aju, who stars in the film, had originally captioned the photo as “Akka with Ikka”, which translates into “sister with brother.”

Although it was meant to be a normal photo, it quickly went viral and it garnered a lot of lewd and sexist comments.

The photo was even made into inappropriate memes. As a result, Aju removed the photo from his Facebook account as that was the place where most of the comments were uploaded.

However, Aju kept the photo on his Twitter and Instagram accounts but he filtered out the comments section. 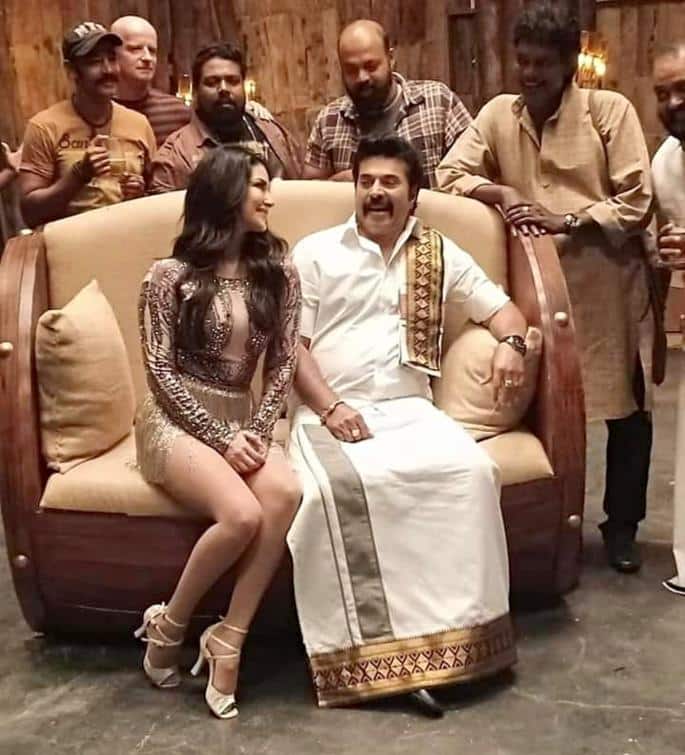 The comments which were posted were not directly aimed at Sunny, but some were objectifying her and many were vulgar towards the actress and Mammootty.

The trolling is a surprise since Sunny is a popular figure in Kerala. During her last visit to the state in 2017, there was a huge number of fans on the streets to catch a glimpse of the former adult film star. 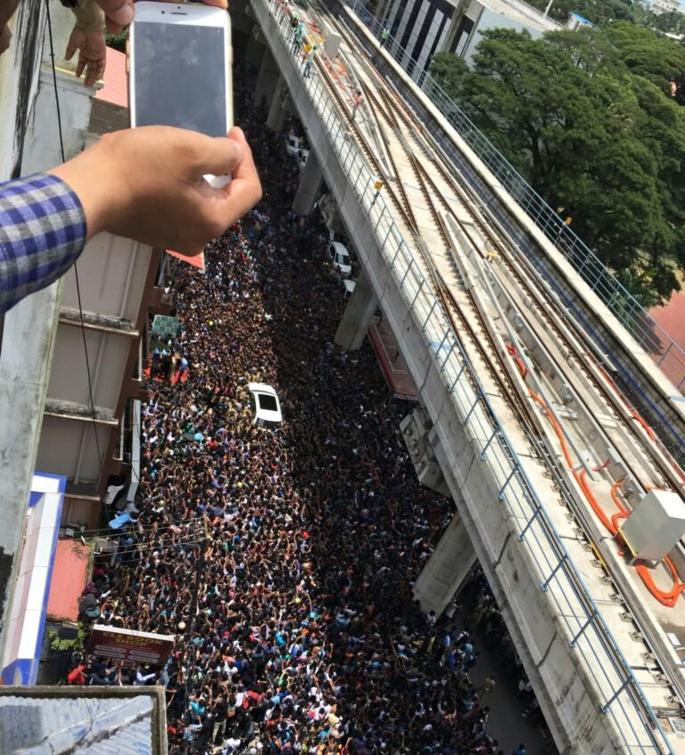 This huge number of people had led to roads being blocked and traffic being brought to a standstill for several hours.

This is not the first time that Sunny has been the subject of brutal trolling. She was heavily criticised by some of her Instagram followers after posting a family photo, featuring her daughter Nisha, on Father’s Day where she was seemingly naked.

Several rights activists slammed her for not being appropriately dressed when posting a photo with young children.

Madura Raja is directed by Vysakh and is a sequel to the 2010 film Pokkiri Raja, which starred Mammootty and Prithviraj.

Prithviraj is set to make a cameo in Madura Raja and this will be the first time that Sunny Leone will be seen in a Malayalam film.

She is currently venturing into Malayalam cinema and is currently working on Veeramadevi. She is also set to star in Rangeela.

Sunny has not reacted to this latest wave of brutal trolling, but we can imagine that she has seen many about her, that it doesn’t affect her.

Dhiren is a journalism graduate with a passion for gaming, watching films and sports. He also enjoys cooking from time to time. His motto is to “Live life one day at a time.”
Private Photos of Hansika Motwani Leaked from her Phone
Alia Bhatt buys a New House for Double its Price?