Suhana Khan has made her fashion debut with a stunning cover on Vogue India’s August 2018 issue. The young star talks about dad Shahrukh Khan and acting.

Daughter of superstar SRK, Suhana Khan, has officially made her fashion debut on the cover of Vogue India’s August 2018 issue.

The stunning 18-year-old turned up the glamour quotient with a colourful photo shoot with the leading fashion magazine.

Currently studying in the UK, the teen is currently spending her summer break back at home in Mumbai.

For the fashion spread, Khan dons a bright array of outfits and dresses looks both relaxed and content.

“I absolutely loved shooting this cover. 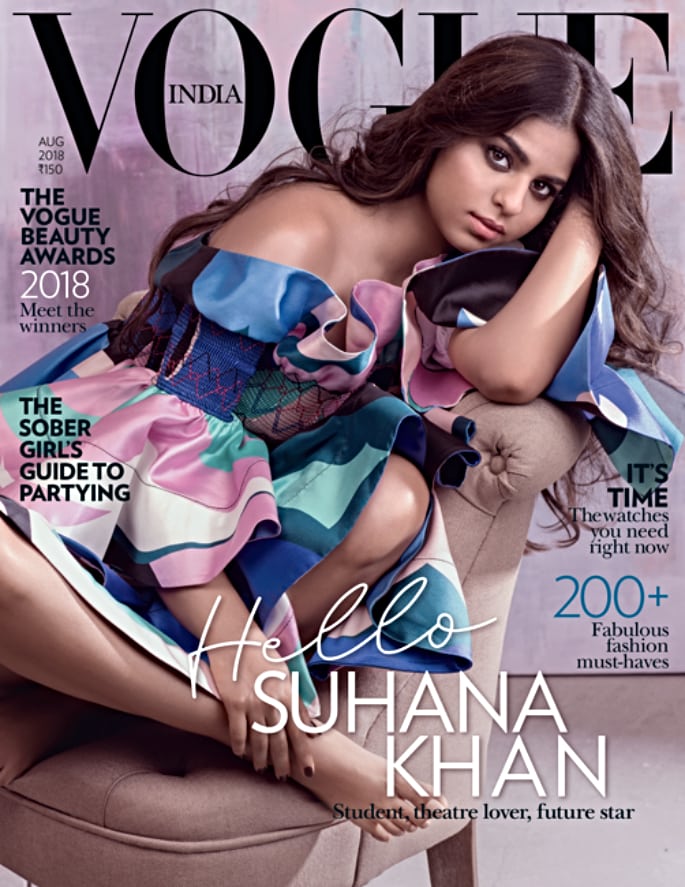 “Especially the dancing shots. I love dancing. It was so much fun. I was excited when my parents brought it up.

“I wanted to say yes straight away, but they wanted me to think about it—this is a very public thing. They wanted me to gain confidence from the experience, not lose it.”

Styled by close family friend, Anaita Shroff Adajania, this is not the first time we’ve seen Suhana experiment with her fashion looks. 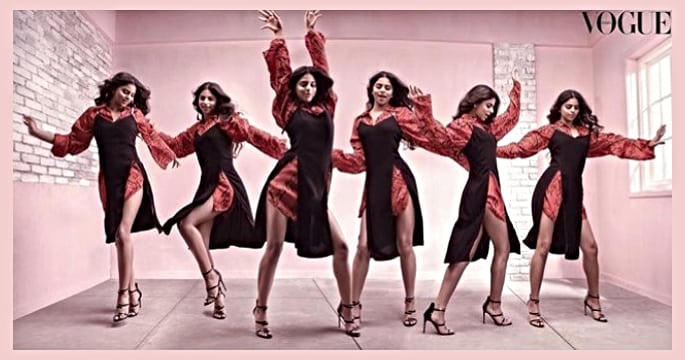 She has been snapped on numerous occasions with her father and mother at big functions and industry events.

Suhana admits that while she has spent much of her life in the limelight owing to her father’s ever-growing stardom, she has enjoyed the opportunity to study abroad and experience a somewhat normal life:

“Moving away at age 16 was the best decision of my life. Living in a different environment and meeting so many new people helped me gain a lot of confidence. 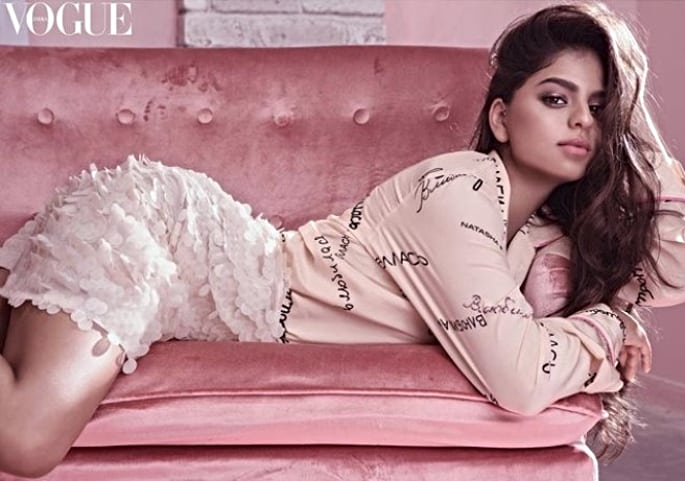 “It’s about being able to do the little things, like walk on the street or take the train—stuff that was so hard to do in Mumbai. But living away also made me appreciate home so much more.”

Suhana is keen to follow in her dad’s footsteps, however. Her plans are to eventually join Bollywood after first going to university, where she hopes to study acting. She told Vogue:

“I don’t think there was any one moment when I decided. Since I was young, I’d do all these accents and impressions.

“But my parents only realised I was serious about acting when they saw a performance of mine for the first time. I was playing Miranda in a school performance of The Tempest.”

It was at this point where a career in acting was the most natural next step for Suhana to take, however, she is keen to be taken seriously, as opposed to a star kid. 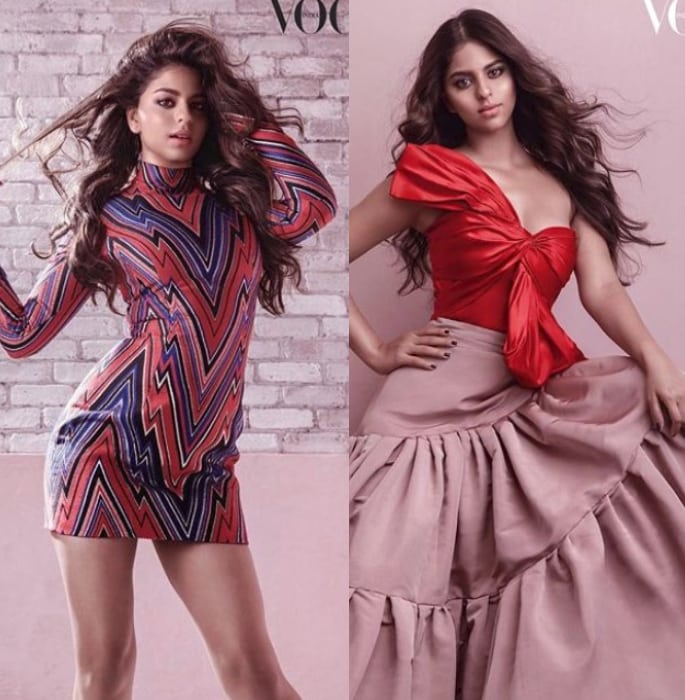 Father, Shahrukh also wants his daughter to learn the craft in her own way, and admits he will not launch her himself:

“We have friends who are very well-meaning and think of my kids as their own, and they’re all happy and keen to launch her. Like Karan [Johar].

“But I keep insisting that I don’t want them designed as stars, I want them to be launched when they are good-enough actors.”

Shahrukh has never shied away from talking about his close bond with his children. In particular, Suhana, who appears to share his passion for acting. Shahrukh adds in the Vogue interview:

“I don’t have many friends, but my kids are my friends—I’m easiest around them. I’m usually very awkward around women, but I’m very close to Suhana—she has said things to me that no woman has ever said to me in my life.” 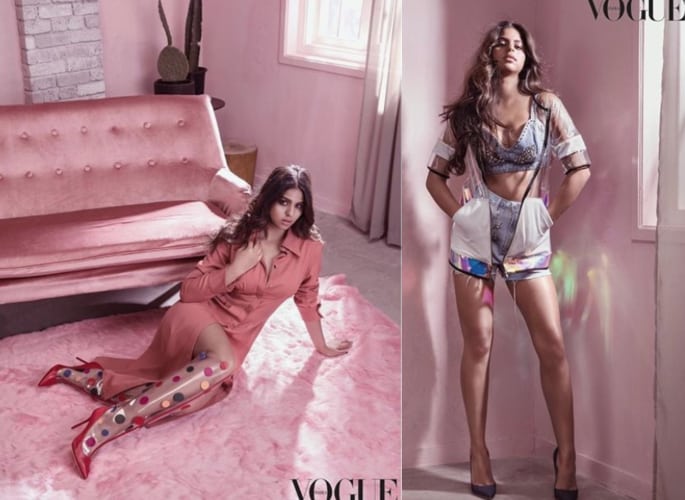 The proud father also posted the cover on his social media pages, alongside a photo of himself at the cover launch.

He added the caption:

“Holding her in my arms again thanks to @vogueindia . ‘What imperfect carriers of love we are…” except when it comes to our children. So sending u all my love & a big hug. Hello Suhana Khan!”

With Suhana already showing the talent and confidence of what it takes to be an Indian star with this incredible photo shoot, we hope it is not too long before she makes it onto the big screen.

We look forward to a big Bollywood debut for the younger Khan very soon!