India’s fashion icon, Sonam Kapoor, has taken over magazine stands in November 2015, pulling out one after another unbelievably beautiful covers.

“Sonam is the best style icon in Bollywood. Nobody can be compared to her.”

Sonam Kapoor has orchestrated what is possibly the most beautiful promotional campaign.

The fashion princess has been gearing up for Prem Ratan Dhan Payo, which will hit screens on November 12, 2015.

In the run up to her new film release, she has already shot a sizzling cover with co-star Salman Khan for Harper’s Bazaar Bride India.

If you think that’s hot, wait till you see her November covers! 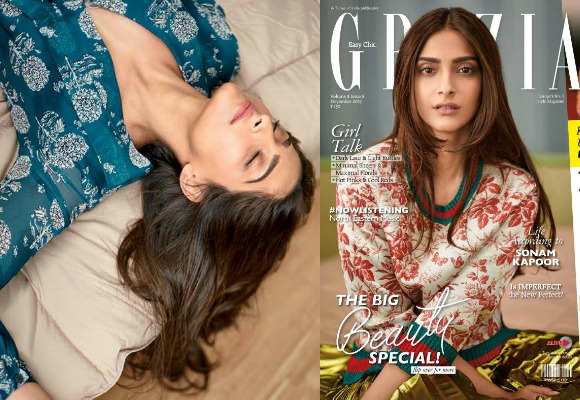 She is pleased with the outcome, commenting on her Instagram: “I’m so glad we did a bare minimum make up.”

Well, us too! She looks effortlessly sweet and beautiful with straight and wavy hair, a floral Gucci top and gold shimmer skirt.

Sonam is a favourite for the folks at Grazia India, who invited her to be the face of their sixth anniversary issue in April 2015 in a ‘crazy sexy cool’ shoot by Suresh Natrajan. 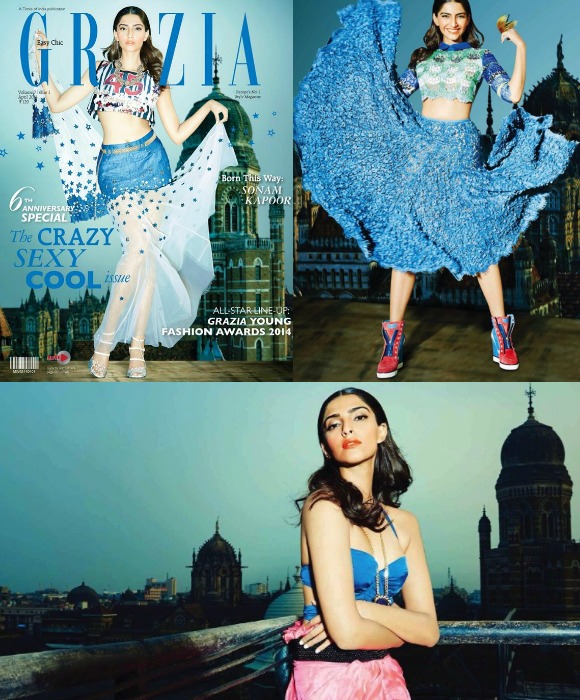 In another solo magazine cover, the 30-year-old star goes for an absolutely sensational bridal look in an intricately embroidered emerald green lehenga and cream blouse.

The stunning pieces are the work of top fashion designers based in Gujarat, Shyamal and Bhumika, who have also designed for Sonakshi Sinha and Dia Mirza.

She completes this royal avatar with statement necklaces and headpieces by Veeni Jewels. 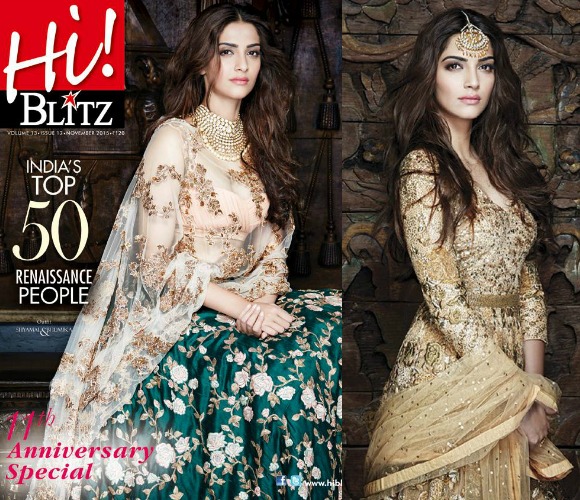 Can’t get enough of her cover look? The inside pages, shot by Suresh again, will have you either drooling over her elegant beauty or green with jealousy!

Actress Athiya Shetty recently says: “Sonam is the best style icon in Bollywood. Nobody can be compared to her.”

“I think she is as beautiful and equally talented… Perhaps more.”

Since Prem Ratan Dhan Payo is a family drama, it is only fitting that the Kapoors come out and support Sonam for a magazine shoot. 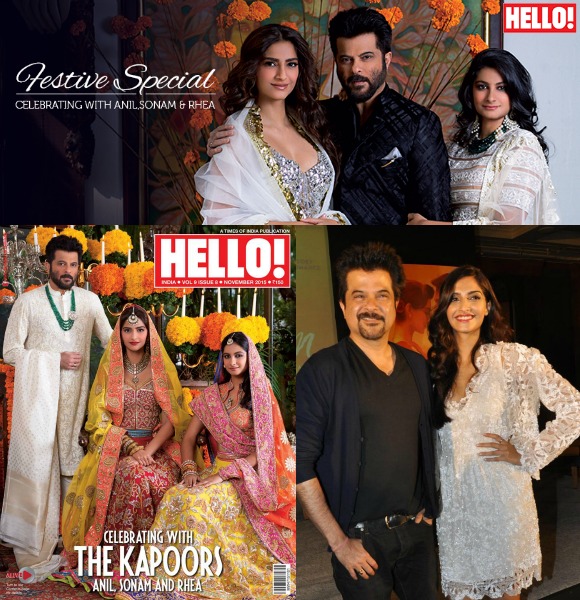 For Sonam, nothing is more important than spending time with her family, no matter how manic her Bollywood life gets.

During film for Prem Ratan Dhan Payo, she would make time to visit her parents whenever shoots wrap up.

We also hear that the fashionista made an effort to head to Mumbai to be with her mother for Ganesh Chaturthi.

“We have a large family and we all really love each other. It is important for people to have that kind of love and support in today’s world.” 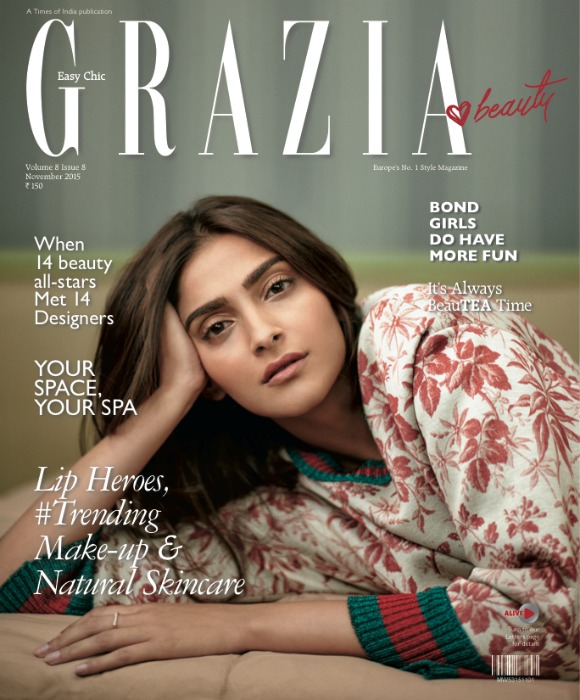 As one can imagine, growing up in the Kapoor family and diving into Bollywood for a career come with its own burden.

So how does Sonam handle it? “I am Anil Kapoor’s daughter. I have seen comparisons since I started my career.

“So the pressure does not bog me down, it just makes me work harder.”

Isn’t she pretty and perfect?