A shopkeeper was assaulted after a customer complained about the social distancing measures at his shop in Leicestershire. He revealed what happened.

"they were punching me out the window."

A shopkeeper has revealed he was assaulted after a customer complained about the social distancing rules in place at his shop.

Pratik Master, who runs Wigston Fields News and Deli in Wigston, Leicestershire, with his wife Bee, has been working tirelessly for the community throughout the lockdown.

He explained that he was working behind the counter on June 23, 2020, when a group of “lads” arrived.

Pratik said: “They wanted to come into the shop, but I explained we are only allowing one person in at a time and there was already someone in the shop.

“When that customer left, one of the lads came in and bought a bottle of drink.

“He asked me if I realised social distancing was being relaxed, and I said I knew that, but we want to be as safe as possible.”

Pratik said he then heard the group “mouthing off” outside, so he asked them to leave.

As he was returning to the shop, the group started pulling plants off the shelves outside and throwing them to the ground.

The shopkeeper confronted them before trying to stop their car from leaving. However, the group pulled away and dragged Pratik along the ground as he had been hanging onto the vehicle.

He said: “As I was holding on to the car, they were punching me out the window.”

Pratik suffered cuts and grazes to his knees and elbows as well as a bruised eye.

He immediately called the police who arrived at the scene.

Despite the ordeal, Pratik remains positive and has received “phenomenal” support from the community.

He said: “A few customers were waiting outside at the time and they helped to pick up the plants and clear up, and some old friends went into the shop to serve customers while we dealt with the aftermath.

“If there’s one thing to be taken from this, it’s that the community is coming closer together.

“You always have to take the good out of a bad situation.”

Pratik has received countless messages and calls from customers asking how he is. Some people even visited the shop just to check on him. 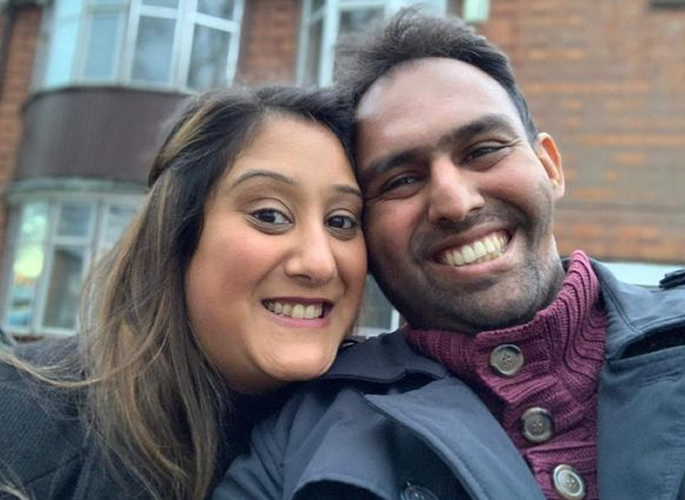 Talking about the incident, he said:

“We will not tolerate this behaviour, and there are some people who need to understand that social distancing at two metres is still the best way to stay safe.

“In our way, we want to educate people to realise that things are different, and there will be a new normal.

“We should be tolerant towards each other, and things like this shouldn’t happen.”

Pratik added: “I am focusing on the positive and I want to move forwards.

“I don’t ever want to see those people again.”

Leicester Mercury reported that a spokesperson for Leicestershire Police said:

“We can confirm we had a call to a shop in Carlton Drive, Wigston, [on Tuesday] after an allegation of an assault.

“The alleged victim was involved in a verbal altercation with some customers and damage was caused to some items on display.

“The victim sustained cuts and bruises and an injury to his eye.”

Dhiren is a journalism graduate with a passion for gaming, watching films and sports. He also enjoys cooking from time to time. His motto is to “Live life one day at a time.”
Man dies at Indian Wedding with Firing on Two Sides
East African Asians: Impact of Independence & Africanisation