Shanaya Kapoor gave us festive fashion inspo as she picked a red blouse with floral details and a long flowy skirt to deck up.

Shanaya Kapoor is on a spree of sharing snippets from her fashion diaries on her Instagram profile.

The actor, who is all set to make her Bollywood debut, has been giving us all kinds of fashion goals with glimpses from her fashion diaries.

The actor keeps sharing snippets and making her fans drool with stunning pictures of herself.

From ethnic to casual to formal attire, Shanaya can do it all with a lot of styles.

Shanaya believes in merging fashion and comfort and her Instagram profile is replete with such fashion inspiration.

Shanaya shared a set of pictures from her post-shoot diaries with her Instagram family a day back.

Navratri is on and the country is basking in the festivities. The festivities have also reached the homes of Bollywood celebrities. 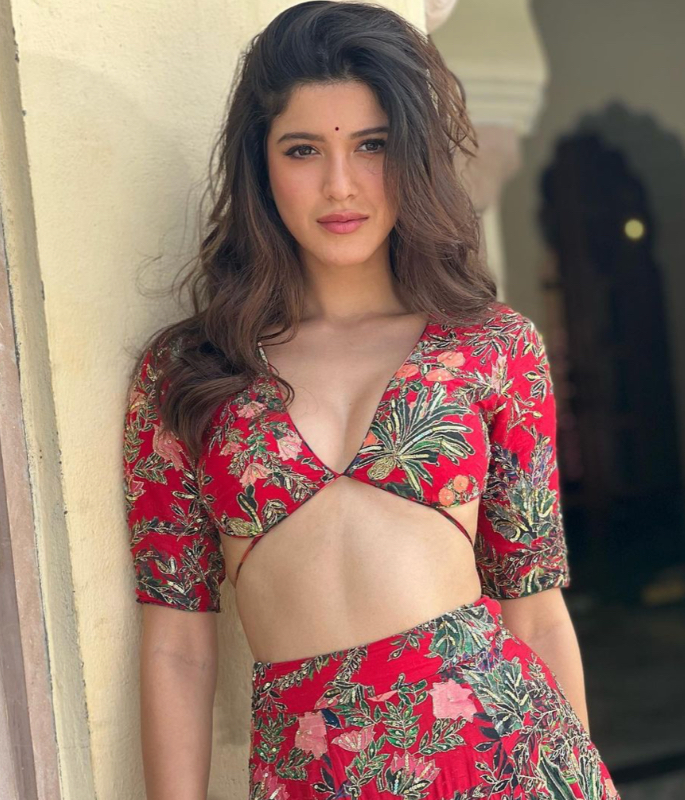 While some are staying at home and spending time with families, some are also sharing fashion inspiration for the festive days.

Shanaya’s outfit is for every Navratri morning ritual, especially if you want to brighten up the day with style and ethnic vibes together.

Shanaya shared a set of pictures of herself decked up in an ethnic ensemble.

The actor opted for a red blouse with lifted details at the sides and multicoloured floral patterns decorating it.

The blouse came with a plunging neckline and long sleeves. She further teamed it with a long flowy red skirt featuring floral details. 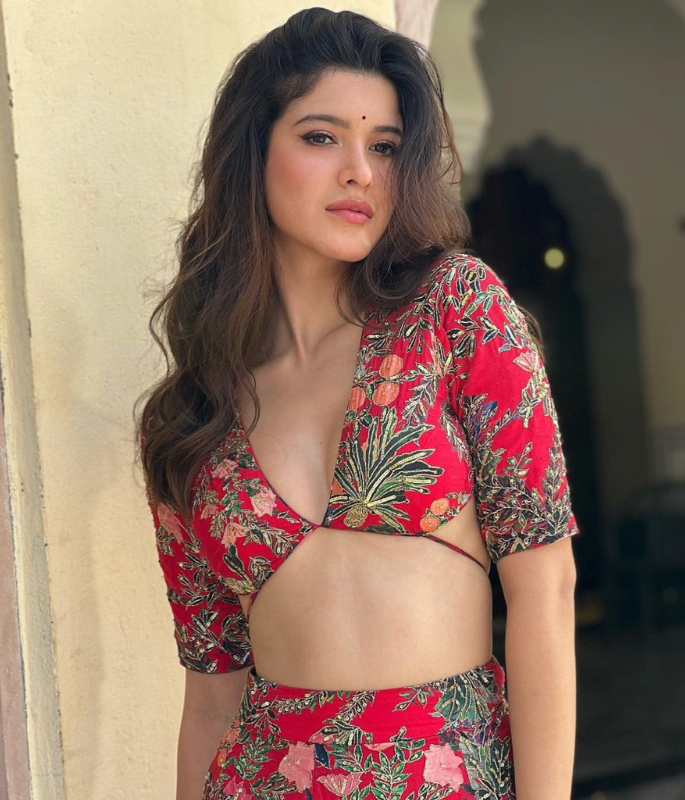 The midriff-baring ensemble hugged Shanaya’s shape and showed off her curves perfectly.

In no time, the actor’s pictures are flooded with likes and comments from her friends, family and fans.

Styled by fashion stylist Mohit Rai, Shanaya wore her tresses open in messy wavy curls with a side part as she posed for the pictures. 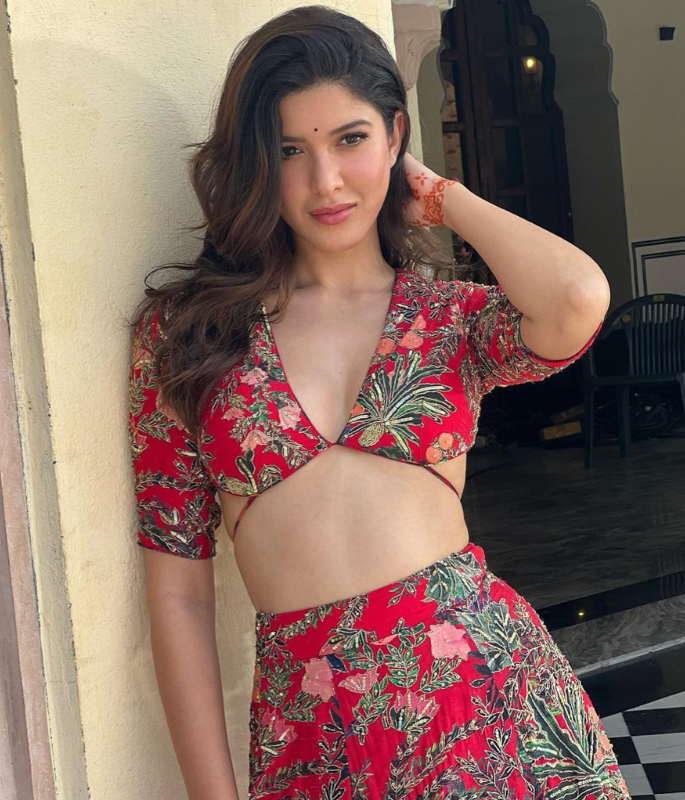 In other news, Shanaya Kapoor is all set to begin her career in films with Karan Johar’s production Bedhadak.

While she is yet to start filming for the film, she recently opened up about her debut in an interview.

She feels that the film should make people believe that she earned her debut opportunity.

Ravinder is a Journalism BA graduate. She has a strong passion for all things fashion, beauty, and lifestyle. She also likes to watch films, read books and travel.
Alia Bhatt to launch Maternity Wear Line
Nora Fatehi steals show in Sultry Cut-Out Gown