Pakistan’s infamous couple Shahroz Sabzwari and Sadaf Kanwal have reacted to the severe criticism they received for their marriage.

"Let haters bark at our marriage.”

Pakistani actor Shahroz Sabzwari and model Sadaf Kanwal have candidly spoken about the criticism they received for their wedding.

The couple tied the knot on Sunday, 31 May 2020, in an intimate nikkah ceremony during the lockdown.

Their impromptu wedding certainly shocked many people because Shahroz had recently divorced his ex-wife Syra Yousuf.

Previously rumours surrounding the illicit relationship of Shahroz and Sadaf were doing the rounds on social media.

However, they both denied these claims. In fact, Shahroz released a video in which he strongly denied the speculations.

He also stated the Sadaf Kanwal was just his “friend.” Interestingly, Shahroz also referred to Sadaf as his “sister” on one occasion. 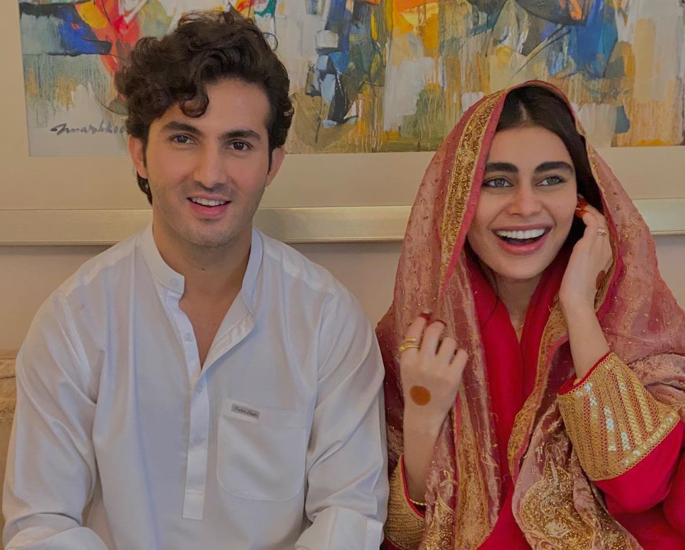 Recently, the couple spoke about their simple wedding which was attended by close family and friends.

According to an interaction, the pair shared details about their intimate wedding. Sadaf said:

“Actually I have always wanted my marriage ceremony to be low-key.”

“Sadaf always wanted this and it’s enough that you have well-wishers at your big day. There is no use of inviting people who are not even happy.”

Speaking about the food served at their wedding, Sadaf said:

“We served many dishes at our wedding and my mother is very particular about good food.”

After news of their wedding surfaced online, the newly-weds were met with severe criticism online.

Sadaf was being labelled a “home-wrecker” while Shahroz was called a “cheater.”

As a result of this, they decided to turn off their comment sections on their respective Instagram accounts. 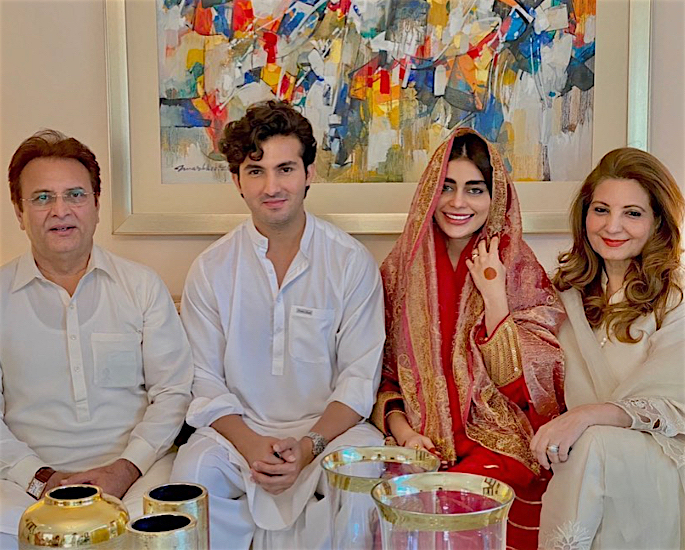 Shahroz went on to speak about the criticism they received. He said:

“Our elders told us a very good thing. They said, ‘a group can’t reach its destination if it has stopped in its way to react on barking dogs.’

“So yes, we reached our destination and let haters bark at our marriage.”

“We learnt from that hate and had fun with it.”

She continued to share how she handled the personal attacks against her. She explained:

“Do you think from my face or my style that it affected me? I have such an amazing husband, father-in-law and family that I don’t need anyone.

“It’s not a big deal which happened to me at my wedding because it has happened with a lot of people before.

“I don’t care basically. I am requesting haters to keep saying as it will take away my sins.” 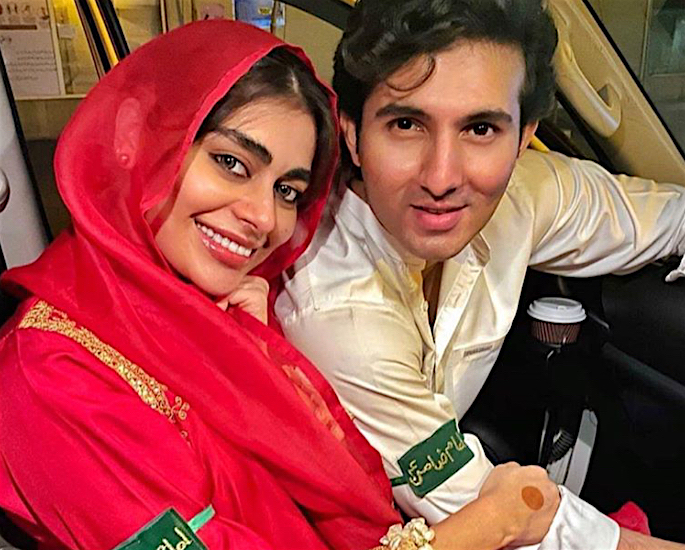 Shahroz also went on to praise his wife saying:

“Sadaf is a mentally strong girl and she doesn’t care about the haters.”

Sadaf Kanwal is well-known for her dance in the item song, ‘Kaif O Suroor’ from the 2018 film, Na Maloom Afraad 2.

Interestingly, Shahroz previously spoke out against item songs in films.

Speaking about the same, he said:

“I said where an item number is necessary it must be there but when you have to sell a film then the item number doesn’t suit.

“He doesn’t have a problem and we have never discussed this. It was a piece of art and I did it. I completely own it and I love it.”

However, she went on to state that she will no longer do item songs because she is a married woman and has a family.

Ayesha is an English graduate with an aesthetic eye. Her fascination lies in sports, fashion and beauty. Also, she does not shy away from controversial subjects. Her motto is: “no two days are the same, that is what makes life worth living.”
‘Ram-Leela’ first offered to Sushant Singh Rajput?
‘Mere Jeevan Saathi’ filmmaker Harish Shah dies aged 76