Boxer Satnam Singh from Delhi has become the WBC Indian featherweight champion. He won the 10 round fight by a majority decision.

This fight took place in Delhi under the United Professional Boxing (UPB) platform.

A majority decision in favour of Satnam saw him being declared the winner after the fight went the full distance. Satnam had two judges scoring in his favour.

The third judge scored it as level, following the completion of ten rounds.

It was a gruelling fight between the two Indian boxers. From the first bell and onwards, they both battled it out.

In the early rounds, Satnam Singh had the upper hand. On the other hand, Amey Nitin made a mini-comeback in the middle of the bout.

However, Satnam was more of the imposing boxer of the two. Over the course of the ten rounds, he had control and composure.

Despite being a slight notch above his opponent, Satnam admits that he had to dig in deep.

“The last three rounds were tough, I was ahead, but I had to stay and remain calm.”

The photo and the accompanying caption described exactly what this title meant to him: “DREAMS COME TRUE.” 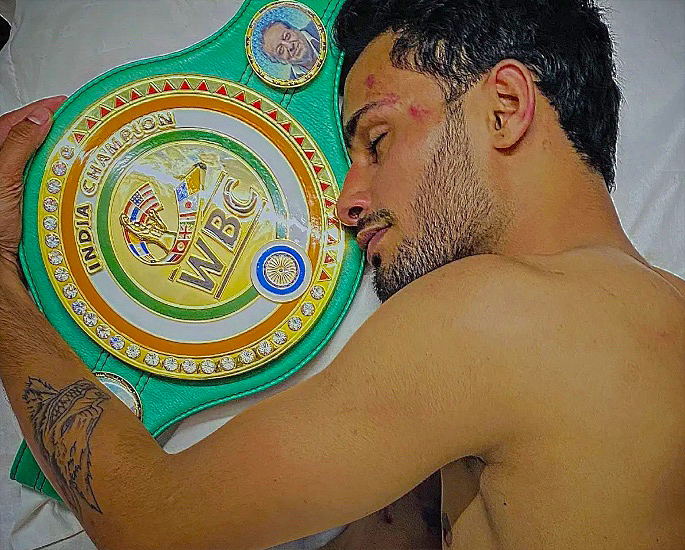 With this victory, Satnam’s record improves with ten victories and one defeat. For Nitin, this was his fifth loss in ten fights.

Brigadier PK Muralidharan Raja, supervisor for the WBC India title and President of the Indian Boxing Council spoke about the legitimacy of an epic fight, saying:

“The battle for the WBC India Title was clean and without dramatics. These stories will be etched in history. Both boxers came here to win and make history.”

He continued talking about how the fight provided the perfect opportunity to explore professional boxing in the country.

“The ‘Fightclub by UPB’ has already proven to be a great platform for the sport. With these nights, Pro Boxing has just tested waters in India.”

With this fight, season one of the ‘Fightclub’ LIVE boxing shows by UPB came to a conclusion.

Earlier in the co-main event, Saurabh Kumar beat Adil Rajesh Kumar Singh by a unanimous decision to make a huge statement. This was a super fly contest over six rounds.

Whilst spectators got to witness entertaining boxing, the night particularly belonged to the superior boxer Satnam Singh.

We congratulate him on his triumph over Amey Nitin.