Bollywood megastar Salman Khan revealed that he does not behave like some of his on-screen characters at home. He explained the reason why.

"when I see a film, I want to be like that person."

Salman Khan is known for playing flamboyant characters, however, he revealed that he cannot replicate the characteristics of these roles at home.

One of his most popular characters is Chulbul Pandey, of the Dabangg franchise.

But Salman said he cannot behave like Chulbul in real life because his parents might beat him up.

The Bollywood megastar opened up on playing relatable characters.

He said that when he was growing up, he would leave the theatre wanting to be like the hero he just watched.

Now while he is impressed with some of his characters, he believes he cannot take home all of the characteristics of his roles.

Salman elaborated: “I still feel that when I see a film, I want to be like that person.

“I get very impressed by the goods and deeds that happen in the movies by the main leads.

“I get very impressed by that so I try to take that back home. Even the films that I do, apart from that action.

“I can’t walk around in front of my parents like Chulbul Pandey.

“My dad would hit me, my mom would slap me and my brothers and sisters would be embarrassed of me.

Salman first played Chulbul Pandey in 2010. He went on to play the role in two more films. 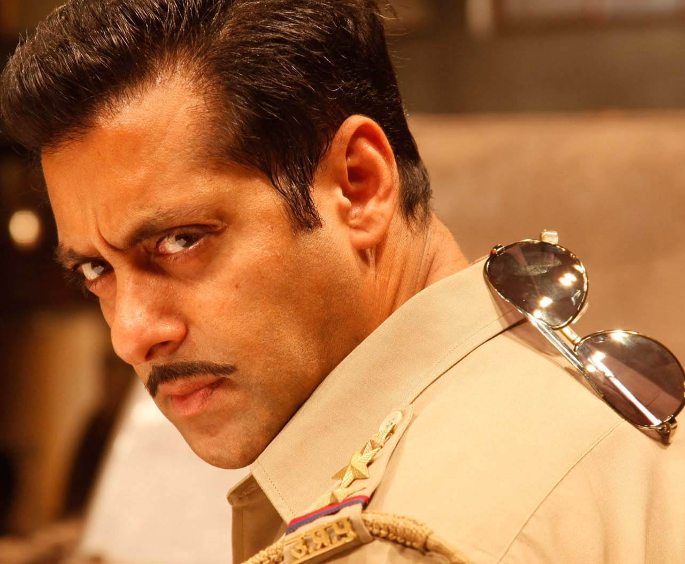 Salman has also played a number of romantic roles, however, he revealed that he does not take it home either.

“I don’t take the flirting and the love story back home with the heroines, nor do I take all the action, beating up 50-60 people, chopper sequences.

“I don’t have that in me. That’s a self-obsessed or egoistic person.”

“I don’t take that back home but I take a bit of the goodness back.”

On the work front, Salman Khan’s next film is Radhe: Your Most Wanted Bhai.

Radhe is directed by Prabhu Deva and it will release on May 13, 2021, in select theatres and on streaming platforms.

Dhiren is a journalism graduate with a passion for gaming, watching films and sports. He also enjoys cooking from time to time. His motto is to “Live life one day at a time.”
Randeep Hooda shares opinion on OTT vs Theatres Debate
Saba Qamar Questions why ‘Sexify’ is Trending in Pakistan