Sonu Nigam has stated that despite his son being a “born singer” he does not want him to be a singer, especially in India.

“I have already got him out of India."

Renowned Indian singer Sonu Nigam has revealed that he does not want his son Neevan Nigam to pursue a singing career, especially in India.

The singer has sung countless songs in Bollywood which continue to be remembered and played decades later.

According to a recent interview with Times Now, Sonu Nigam candidly spoke about his desire for his son not to become a singer. Referring to his son as a “born singer”, he said:

“Frankly, I don’t want him to be a singer, at least not in this country. Anyway, he does not live in India anymore, he lives in Dubai.

“I have already got him out of India. He is a born singer but he has another interest in life.”

Sonu Nigam continued to disclose that Neevan is excellent at playing the popular video game, Fortnite. He said:

“As of now, he is one of the topmost gamers of the United Arab Emirates. He is number 2 in Fortnite.” 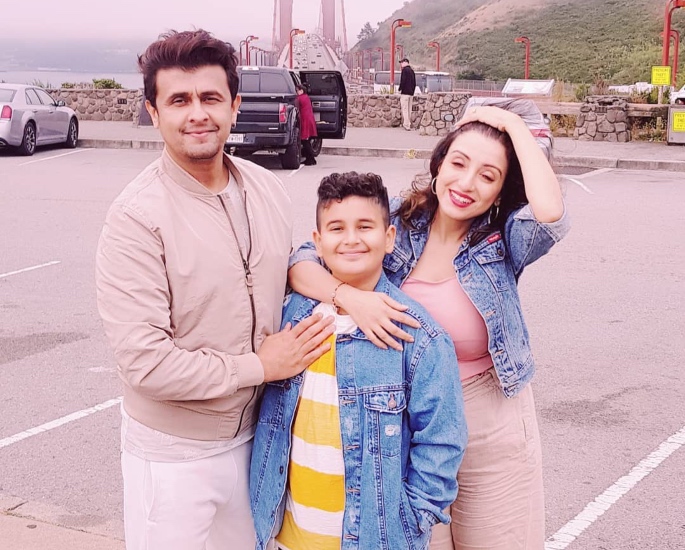 He went on to state that he does not want to decide on a career path for Neevan as it is up to him to decide.

“He is a brilliant child with a lot of qualities and talent. And I don’t want to tell him what to do.

“Let’s see what he wants to do himself.”

Previously, Sonu Nigam expressed his disappointment with the music industry in India and accused T-Series’ Bhushan Kumar of being the “mafia.”

Sharing a video earlier this year on social media, the singer claimed Bhushan Kumar set up articles against him in the media.

He added that the music producer convinced musicians to bad mouth him in interviews.

In his video, Sonu Nigam warned Bhushan Kumar to leave him alone. He said:

“Today it’s all about who can run a good campaign … I’m even seeing people being able to sell lies & deceits with their strong campaigns …. #sonunigam.”

“Such kind of people know how to play with the minds of the audience ….. God save our world!!!”

Ayesha is an English graduate with an aesthetic eye. Her fascination lies in sports, fashion and beauty. Also, she does not shy away from controversial subjects. Her motto is: “no two days are the same, that is what makes life worth living.”
Twitter Storms as DJ Snake & Asim Riaz Hint at Collaboration
New Zealand Police dance to Bollywood Songs in Viral Video