Bollywood superstar, Salman Khan has been found guilty of killing a homeless man in a hit-and-run in 2002. The actor has been sentenced to 5 years in jail.

"I was not drunk... I was not driving, driver Ashok Singh was at the wheel..."

Bollywood’s biggest actor, Salman Khan, has been found guilty of killing a homeless man during a hit-and-run in Mumbai. He has been sentenced to 5 years in jail.

In the incident, which took place on the night of September 28, 2002, the film star reportedly ran over five homeless people who were sleeping on the street with his car. One was killed and three seriously injured.

Prosecutors claimed that they had strong evidence that Salman had been heavily drinking at an expensive bar beforehand.

They recalled that authorities had reported that Khan hit the group of homeless individuals who were residing outside the American Express bakery in Bandra, in his Toyota Land Cruiser. They added that Salman later fled the scene. 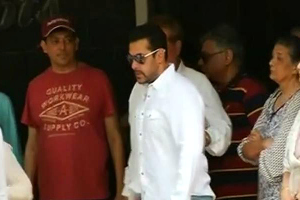 Special public prosecutor, Pradeep Gharat argued: “Why would people shout ‘Salman, come out,’ if the accused was not driving the car?

“The accused is a renowned actor, respected by people. Had he not been guilty, what prevented him from staying back to calm down the people, and to tell them that right action was being taken against the driver? Why didn’t he take the suffering victims to hospital.”

During his testimony in April 2015, 49-year-old Salman hoped to be acquitted of all charges, claiming that his driver, Ashok Singh, was driving at the time, and that he had not been drinking:

“I was not drunk… I was not driving, driver Ashok Singh was at the wheel… I was at the spot for 15 minutes after the accident,” Khan reportedly said.

Singh also testified saying that he had been the one behind the wheel and had crashed the luxury SUV due to a burst tyre: 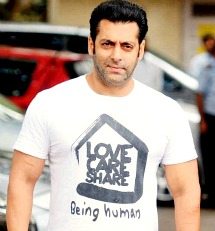 “I was driving when the accident took place… the tyre burst and brake jammed. I narrated the incident to police but was made to wait at the police station. I suspected foul play and informed Salman about it,” Singh claimed.

However, both testimonies were contradicted when a police constable, who was part of Khan’s security detail insisted that Khan was drunk and had lost control of the car.

Finally, on Wednesday 6th May 2015, Judge DW Deshpande overruled Khan’s plea for innocence, saying: “You were driving the car; you were under the influence of alcohol.”

Ruling that Khan had been the one behind the wheel, the actor is facing charges of ‘negligent driving’ and ‘causing grievous harm to the victims’.

Khan reportedly broke down as the Judge announced his verdict; Khan is sentenced to 5 years in jail.

In a case that has been dragging for 13 years, Salman was initially charged with ‘culpable homicide but not amounting to murder’ in October 2002.

The court rejected his plea to drop the charge in May 2003, but it was finally dropped by the Mumbai high court in June 2003, where Salman was then tried for ‘rash and negligent driving’.

The case reemerged in 2006 from the magistrate, and in 2011 it was decided that Salman should be tried under harsher sentences.

In 2013, the prosecution examined 17 witnesses, which led to Salman again standing trial for ‘culpable homicide not amounting to murder’.

Following a series of missing original witness statements which were later found, the prosecution returned to trial in March 2015 with 24 witnesses.

Now the case appears to have finally come to a close, and some regard Salman lucky at his relatively short term of 5 years. Khan could have faced a maximum sentence of 10 years in prison.

Twitter has been overcome by the news, with split reactions to Salman’s sentencing.

I’m so upset over this tbh. A drunken mistake and he’s finished 12 years later ? #SalmanVerdict

Time to be graceful,leave everyone alone.In the end there’s only hurt and pain,on either side.May God give strength to all. #SalmanVerdict — Nimrat Kaur (@NimratOfficial) May 6, 2015

The govt should be responsible for housing ppl.If no 1was sleeping on d road in any other country Salman wuld not have driven over anybody.

Before the hearing, Salman’s sister Arpita tweeted out:

Today is a big day for us & we know we are not alone.Thank you for your Dua’s , love & support always. God bless !

Salman flew back to Mumbai from Kashmir on Monday 4th May, where he was filming for Bajrangi Bhaijaan. He was driven to court by his loyal driver, Ashok Singh.

Many of Salman’s Bollywood friends and family arrived to see him at his Galaxy Apartments residence the night before the verdict was announced, including Shahrukh Khan and Preity Zinta.

Dubbed as one of India’s most successful film actors, this is shocking news for Salman, his family and his loyal following of fans.

Salman, however is not the only Bollywood star to have faced jail time. Sanjay Dutt was sentenced to 5 years in jail in 2013, following a weapons involvement in connection with a series of bombings in Mumbai in 1993.

With the news of Salman’s verdict still settling, it will be interesting to see how Bollywood copes without one of its biggest stars for the next 5 years.

Salman is now in police custody where he will be taken to Arthur Road Jail in Mumbai. Salman has since been released on interim bail for 2 days.

Do you agree with the jail sentence of Salman Khan?