Ranveer Singh reproduced the look of his rock star icon Queen’s Freddie Mercury in a video singing “I want to break free” on his trip to Switzerland.

Doing a cover version and edited rendition of the legendary Freddie Mercury’s song ‘I want to break free’, Ranveer especially had Freddie’s moustache and makeup done whilst dressing up in a yellow jacket, white bottoms and sneakers outfit imitating and copying the real style and look of Freddie Mercury.

Ranveer filmed the song for his Instagram in front of the Freddie Mercury statue in Montreux. A place where Freddie use to visit and once said: “If you want peace of soul, come to Montreux”.

Ranveer acts out the moves of Freddie for the song holding a microphone as he sings his version near the status of the massive pop star. 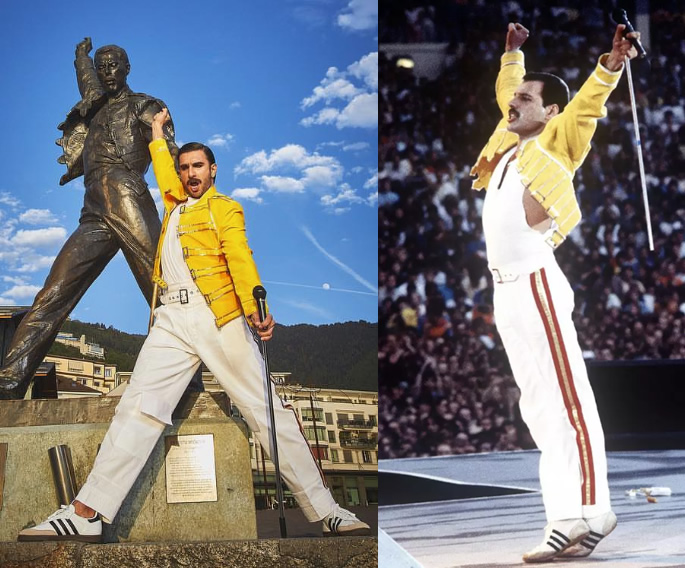 Promoting tourism to Indians to Switzerland.

Whilst on his trip to the country, the Swiss authorities have given Ranveer Singh yet another accolade. He has a train named after him. The route of the train will be across the Golden Line in Switzerland converging on the Swiss Alps.

As part of his enjoyable trip to the Swiss nation, Ranveer visited Glacier 3000 making him feel literally ‘On Top of the World’ walking across the 107 meter-long and 3000 meter-high altitude bridge. 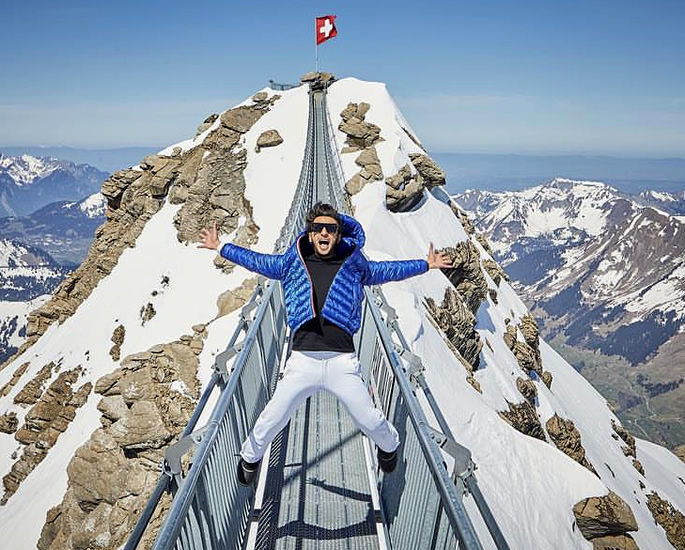 Workwise, Ranveer Singh will be appearing in three forthcoming Bollywood films since Padmaavat.

Rohit Shetty’s Simmba is his scheduled next release on 28th December 2018, in which he plays a cop called Sangram ‘Simmba’ Bhalerao.

After this, he will be starring in the film Gully Boy opposite Alia Bhatt which due to release in February 2019.

Then probably his most challenging role yet, which is that of playing famous Indian Cricket Captain, Kapil Dev, in Kabir Khan’s 83’, a biopic of the player, due to be released in August 2019.

Until then Ranveer Singh has definitely ‘breaking free’ from work commitments in Switzerland, especially by paying homage to his loved rock icon Freddie Mercury.