Priyanka Chopra appeared in a gorgeous white gown for her bridal shower on Sunday, October 28, 2018, ahead of her wedding to Nick Jonas.

"Both families seemed genuinely excited. They're in love!"

Priyanka Chopra is in full wedding mode and had a bridal shower in New York to celebrate her upcoming wedding to Nick Jonas.

Their marriage is just around the corner and is reportedly happening in December 2018.

They are set to tie the knot in a three-day ceremony from November 30, to December 2.

The former Quantico actress celebrated with friends and family at the Tiffany & Co. Blue Box Cafe in New York City.

She looked incredible wearing a stunning white wedding dress-like gown by Marchesa and over £780,000 (Rs. 7.3 Crores) worth of Tiffany & Co. jewellery.

Her outfit was finished with a pair of nude coloured Christian Louboutin heels.

Makeup artist Yumi Mori did her makeup, and Bok Hee styled her hair in loose waves. 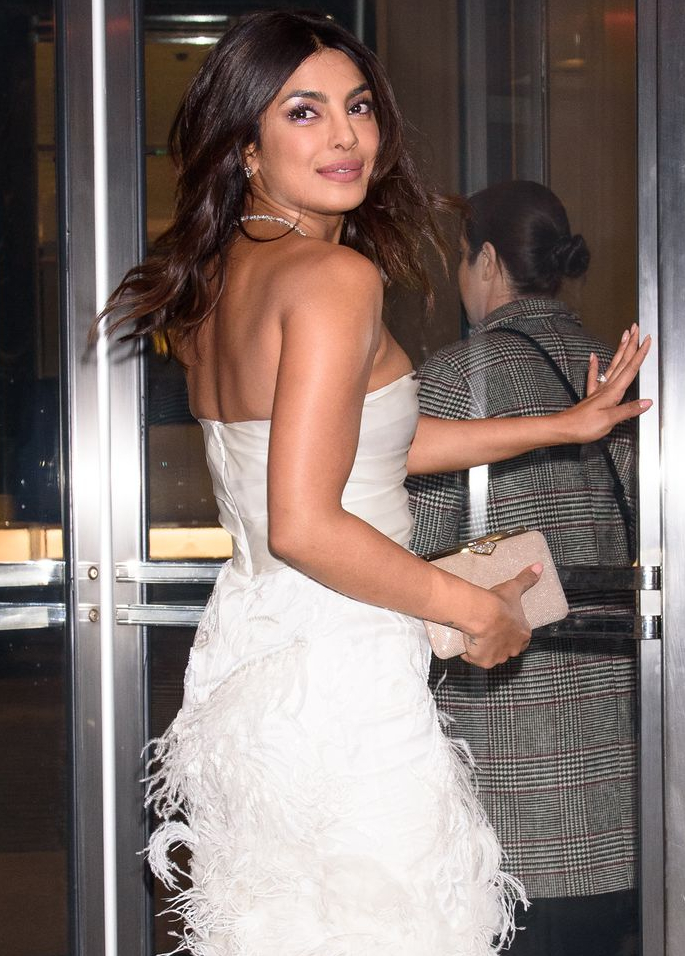 Other guests included Nick’s older brother Kevin, but the groom-to-be had to miss out on the celebratory event.

An unnamed source told PEOPLE magazine: “Nick couldn’t attend because he was travelling, but both Priyanka and Nick’s mums were there.”

“Kevin Jonas Sr. and [Nick’s older brother] Kevin Jonas also attended, and were the only guys there.” 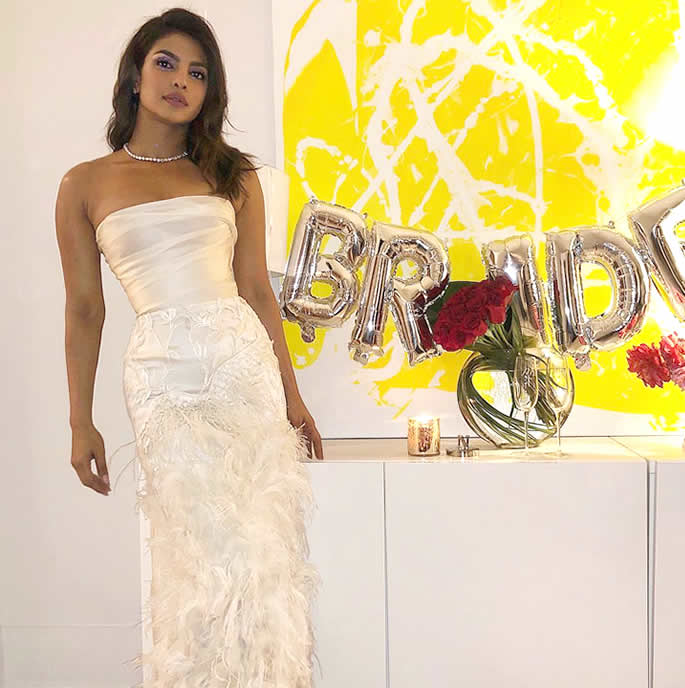 Stunning photos of the actress and the event were captured on Instagram.

Throughout the night guests enjoyed food and drinks, including cocktails and Tiffany petit fours shaped like the iconic blue box.

Reportedly, the DJ played several Bollywood songs, much to the attendee’s enjoyment. 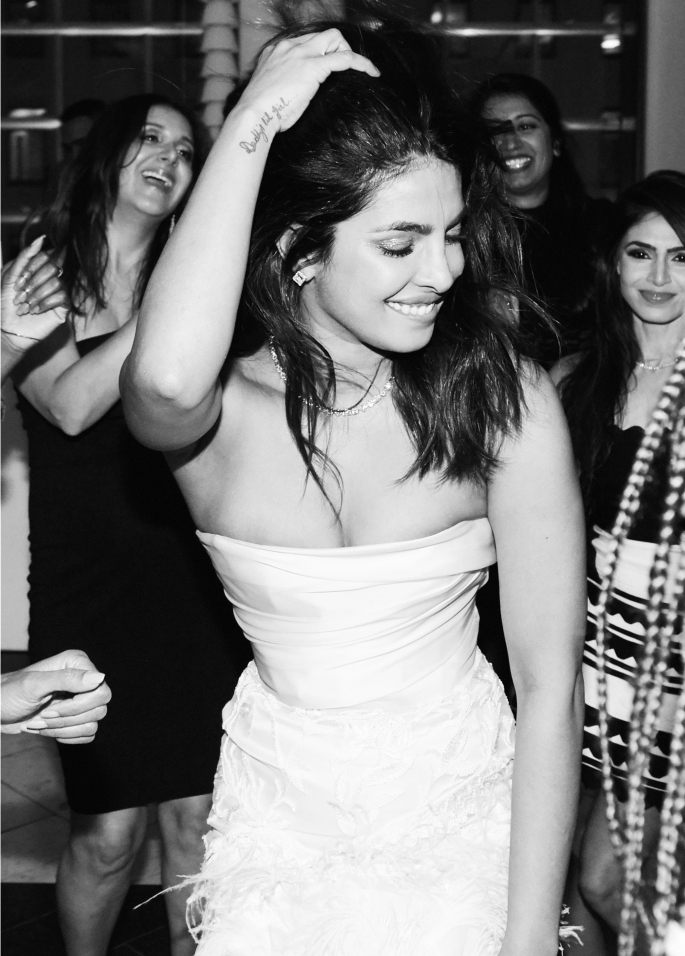 Hosting her bridal party at Tiffany’s is ideal for the actress, especially as she always wanted her engagement ring to be designed by the iconic brand.

She said at the Tiffany & Co. 2018 Blue Book Collection event in New York earlier in October 2018:

“I think we had a conversation about it when we were dating and I’ve always known it had to be Tiffany.”

“Since I was a little girl, it was just something that was stuck in my head and I may have said that and I guess he (Nick Jonas) remembered.” 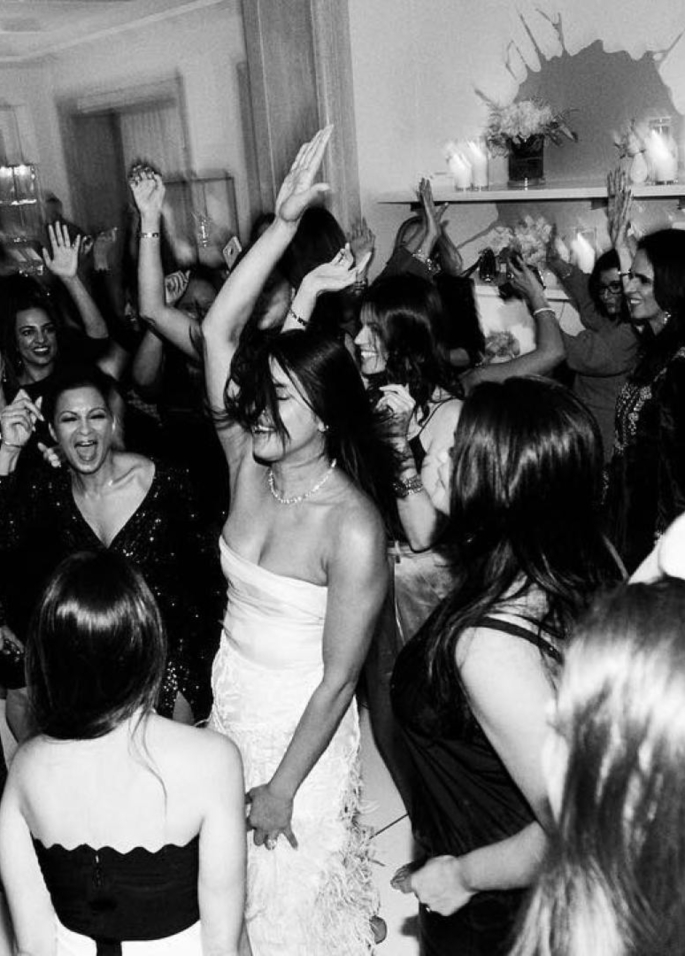 Chopra and Jonas got engaged in July 2018 after two months of dating and formally announced their relationship after a traditional Roka ceremony in India a month later.

They have reportedly chosen Jodhpur’s Mehrangarh Fort and The Umaid Bhawan Palace as the venue for their festivities.

The couple is extremely happy and judging by the bridal shower photos, it certainly seems it.

Ranbir Kapoor and Alia Bhatt to Marry in 2019?
5 Outstanding Alia Bhatt Films you Need to Watch