Prachi Tehlan Bitten by a Dog on the Sets of Ikyawann

Prachi Tehlan the lead actress in the Indian Star Plus television show, Ikyawann, was badly bitten by a dog on the sets whilst shooting an episode for the series.

Indian TV actress Prachi Tehlan was shockingly bitten by a dog whilst shooting on the sets of the Star Plus television series Ikyawann.

The unfortunate incident took place as she was shooting a scene with two German Shephard dogs. At which point, one of the dogs suddenly turned aggressive and violent towards her and attach Prachi.

Prachi had tried to react quickly but the dog did get to her thigh to bite her. Recalling the horrific experience, she said:

“He attacked the lower portion of my thigh and bit me badly in the process of grabbing the stick in my hand.”

She was immediately attended by a doctor to treat her for the attack. Talking about the medical treatment she said:

“Two injections have been given to me already and five more are prescribed by the doctor.” 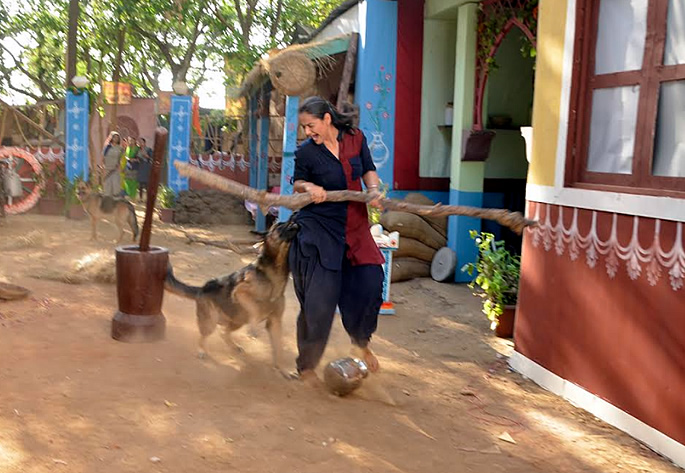 Prachi is now recovering from the dog attack but despite the injury and pain, she is carrying on with the filming for the upcoming episodes of Ikyawaan. Showing her determination and vigour as a professional actress. 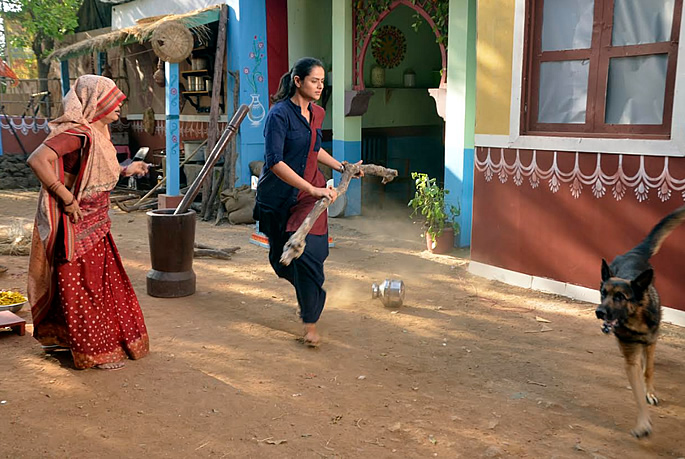 This is not the first time the actress has been injured on the sets of Ikyawann. In January 2018, she had an accident riding a bike which resulted in her seeking medical assistance for bruises to her knees and elbows.

Prachi Tehlan was last seen in the hit television show Diya Aur Baati Hum where she played the role of a Pakistani character.

As well as acting, in sporting circles, Prachi Tehlan is known as an Indian netball and basketball player. 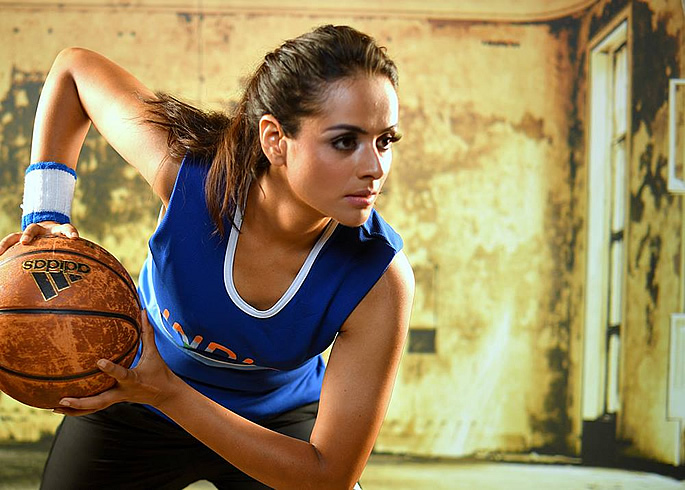 She is a former Indian Netball team captain which represented India in the 2010 Commonwealth Games and in other major Asian Championships in 2010-11.

Tehlan was also the brand ambassador of the Netball Development Trust in the United Kingdom and the NAZ Foundation of Delhi.

Prachi never thought about becoming an actress until she was approached by Shweta Bishnoi, Creative Director of Diya Aur Baati Hum, who noticed her after watching her Facebook sports page.

She was given the lead role in Ikyawann where she plays Susheel, a girl raised in a family without any female member.

Before getting into acting, Prachi worked in business development at the Bank of Singapore, Deloitte, Philips, 1800 Sports and Accenture.

On the sports side, she is still active and is an advocate helping support underprivileged children and young girls to develop their skills.

Nazhat is an ambitious 'Desi' woman with interests in news and lifestyle. As a writer with a determined journalistic flair, she firmly believes in the motto "an investment in knowledge pays the best interest," by Benjamin Franklin.
Tikli and Laxmi Bomb: The Plight of Mumbai’s Sex Workers
Salman Khan gets 5 Year Jail Term for Poaching