Tikli and Laxmi Bomb: The Plight of Mumbai’s Sex Workers

Championing women in front and behind the camera, the story comes from producer Aditya Kripalani’s bestselling novel, Tikli and Laxmi Bomb: To Hell with Patriarchy. Aditya brings the book to life in his directing debut with an all-female crew.

In comparison to Laxmi’s resignation to a life in service of pimp Mhatre (Upendra Limaye), Putul is fiercely independent. Laxmi soon dubs her Tikli for her quick-temper as she rebels against the unfair system controlling the sex workers.

Despite paying both the pimps and police for protection, only the men see a profit for the women’s hard work. While she is initially reluctant, Laxmi sees the logic behind Tikli’s thoughts of rebellion and the two create the revolutionary ‘Tikli and Laxmi Bomb Gang’. 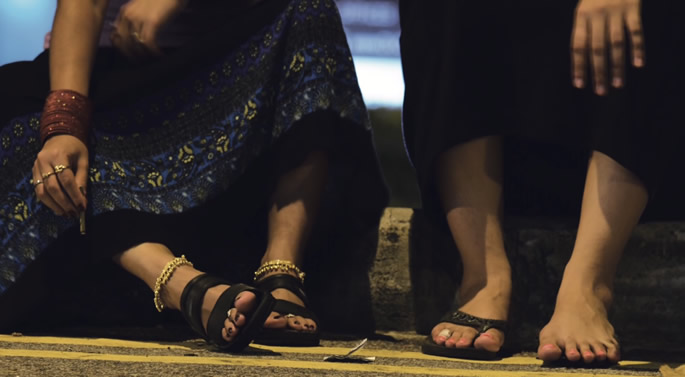 Their gang then finds amusing business-like solutions to reject Mhatre’s control as well as corrupt members of the police. From offering special services to loyalty cards, Tikli particularly shows an enterprising nature.

This creates a unique dark humour in the story but also contributes to portraying more complex female characters. In spite of her catchphrase “simple” when conjuring up a novel solution, Tikli is far more intelligent than some others initially give her credit for.

In creating such rich characters, it’s easy to forgive the almost indulgently long runtime of Tikli and Laxmi Bomb. Hitting two hours, even three in some cuts, Kripalani clearly loves his characters and wants us to share this.

Indeed, the storytelling is done so well that we’re left wanting to find out more about these three-dimensional women – especially to enjoy what Tikli and Laxmi think of next.

Regardless of moments of levity, Kripalani is careful to show the reality of women like Tikli and Laxmi. Their friendship only develops as Laxmi’s tough exterior breaks down and Tikli doesn’t immediately reveal all her secrets.

Because of this, the plot maintains its realism and the girls don’t conveniently find one neat solution to their problems.

In fact, Tikli and Laxmi Bomb can feel documentary-like at times. Kripalani includes the minutiae of their lives from farting in their sleep to their hobbies.

The film resonates owing to this unwavering commitment to realism and the minimising of the male gaze. Occasionally the perspective of male clients sees the camera linger over the women’s bodies.

However, the focus of close-up shots of the girls’ faces feels as if the viewer is interacting with them directly. Elsewhere, we’re forced to consider the reality of life in their world as the camera’s perspective occasionally changes to theirs.

Unfortunately, the handheld camera work can feel a bit disorienting at times and has the effect of sometimes becoming nauseating. 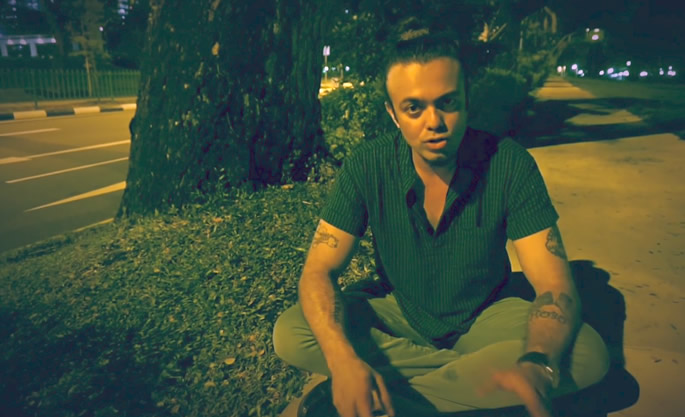 Nevertheless, eventually, the spectator can adjust and becomes too engrossed in the sisterly bond between the seemingly mismatched pair. It’s moving to see the deep friendships between the two and the larger gang.

Of course, there are inevitable moments of extreme violence. Yet, even in the film’s darker moments, it avoids typical voyeurism to show the poignant reactions of the other girls.

The cast and crew filmed scenes in real locations on Mumbai’s very streets. From this, there’s an authenticity that shines through and causes you to personally invest in the outcome. It’s almost unsurprising to hear that some passersby mistook the actresses as real sex workers according to Kripalani.

The costuming is crucial in this empowering film. Tikli and Laxmi Bomb importantly avoids the over-sexualisation of sex workers as other films are prone to do. Instead, Laxmi sports masculine shirts, sweeping skirts and sensible sandals with a makeup-free face.

Tikli may appear as the opposite in more revealing outfits. But her quirky hairstyles and cutesy tops are for her own enjoyment. Similarly, there are more personal reasons behind her continual shopping and obsession with gold jewellery rather than attracting men.

In fact, Tikli declares her clothing choices to be a source of inspiration for the girls. During their first meeting to suggest an independent collective, she proudly wears a revolutionary red. 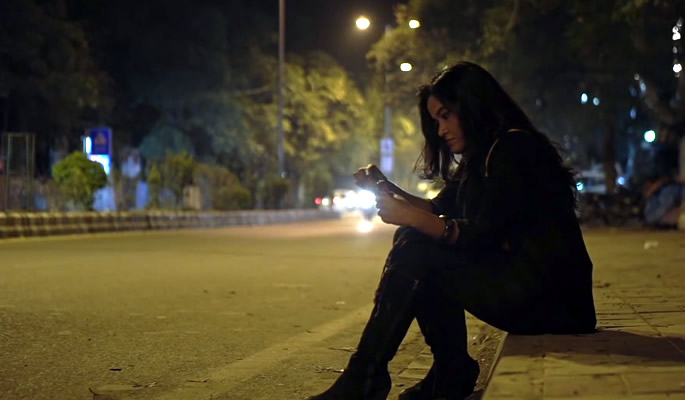 But the other girls also express their own personal style. Like the sweet Sharanya (Divya Unny) who favours traditional sarees. Whereas one of the other girls carries off a more urban look with mismatched lenses in her omnipresent sunglasses.

Unny does well to quickly convey Sharanya’s kind nature and Kritika Pande is equally effective for her best friend, Tsamchoe. However, in spite of the runtime, we’re still left wanting to know more about the pair and the other girls.

Nevertheless, Suchitra Pillai was also excellently cast as Manda, a sceptical hold-out from the female-led gang. Her expressive eyes rival Laxmi’s earlier resignation to rebel against the patriarchal system. She can quickly go from accusing to fearful in a moment.

Yet, above all, Deshpande and Chakraborty are perfect for the roles of Laxmi and Tikli.

Chakraborty conveys all of Tikli’s vivacious energy as well as how she uses it to quickly mask hidden pain.

Then Deshpande excellently portrays the slow progression of Laxmi to becoming confident and trusting. Most importantly, she forces us to feel Laxmi’s grief, rage and powerful emotions when her longer fuse finally burns and explodes as brilliantly as Tikli’s.

Both actresses truly light up the screen and convey the inner fire that motivates Tikli and Laxmi to find hope, joy and family in a bleak situation.

Still, it is important to note the role of Mumbai and the red light district in Tikli and Laxmi Bomb. From shots of dark streets or the girls often seeking refuge by its beaches, the city always feels quietly present.

The film admittedly becomes a little cliché here with a scene of the girls running on the beach. However, their moment of freedom is too endearing to not forgive and shows another important, softer side to Mumbai.

Unlike the casting, some music choices can feel a little jarring on screen despite the sensible rationale behind Kripalani’s decisions.

The songs are as diverse as the girls and Kripalani reveals that his musical direction intentionally reflects the two leads. We hear Laxmi’s quieter and soulful voice in the bluesy songs whereas urban pop screams Tikli’s taste.

Overall Kripalani has adapted his book into an equally sensitive and engaging film. Ultimately, his work centres around his characters and Tikli and Laxmi Bomb is an effective vehicle to share this unique and moving story.

Just as the film comes to show, the unforgettable message of empowerment and independence from women like Tikli and Laxmi ensures that their names will live on.

An English and French graduate, Daljinder likes travelling, wandering around museums with headphones and getting over-invested in a TV show. She loves Rupi Kaur’s poem: “If you were born with the weakness to fall you were born with the strength to rise."
Lust Stories: Netflix Short Films by Top Bollywood Directors
Prachi Tehlan Bitten by a Dog on the Sets of Ikyawann