The Daily Plight for People with Disabilities in India

People with disabilities face discrimination by families and communities. How challenging is it in a society where even the infrastructure excludes them?

Having a physical disability can be a cause for discrimination across the world, and particularly within the Indian community, it is something that can be associated with disdain. This creates a barrier stopping people with disabilities from integrating into society.

According to the Census of India: Disabled Population, over 21 million people in India are diagnosed with having some form of disability.

However, it is not the disorder that prevents people with disabilities from thriving in society – it is discrimination.

Participating in the rituals of daily life like attending school, going to work or simply taking a bus journey usually proves difficult.

These activities come with physical problems due to many different reasons like the lack of ramps. The minimal space for wheelchair users to get through automatically excludes them.

Even outdoor spaces such as pathways are rarely wide enough. Many crossings fail to slope down and instead have big drops that are in no way accessible for people with disabilities. 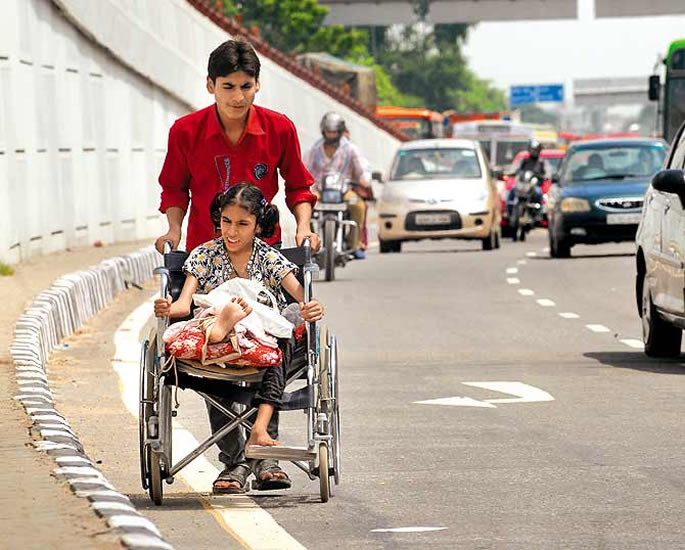 With younger generations and guided by education, the lens through which we view disabilities has shifted. People in India are beginning to understand that having a disability is not something to be frowned upon.

Traditional beliefs and outdated prejudices prevail in India even in the 21st century. Students are discouraged from attending schools in smaller towns and villages. This is out fear they won’t be able to keep up with their peers or will be relentlessly bullied.

Jaya, a student from Goa, recalls her peer who had been in an accident and lost his leg:

“Raj came to school one day after a long stay at the hospital.

“He walked in with a prosthetic leg and everyone stared at him, whispering in his direction.

“People didn’t sit with him at lunch and no one wanted to play with him anymore”.

The hurtful treatment displayed towards Raj stresses the need for a new era of acceptance in India. Teachers need to be better trained, so children know not to treat people with disabilities less humanity than someone more able-bodied.

Negative attitudes such as those directed at Raj can make people feel like a burden for their families and friends. Being seen as different can lead to bullying and harassment.

Long-term effects can be severely damaging for one’s self-esteem and ability to live happily. A lack of education and remaining stagnant in ancient prejudices can stop people with disabilities from succeeding in education, business, sport and beyond.

A person only has to look at the 1995 law on disability which was not changed until 2016 to see that it is still a disfavoured issue today. India’s 1995 statute only applied to government-controlled establishments.

This improved 2016 Rights of Person with Disabilities Act imposes obligations on private establishments. They too must create equal opportunity policies and keep records of employees who are disabled.

The Act echoes the principles of the United Nations Convention on the Rights of Persons with Disabilities. While this legally prohibits discrimination against people with disabilities, the reality is usually the opposite.

Whilst both government and public spaces have been made more disability-friendly since 2016, drastic improvements are still required to cater to all people with disabilities.

Many activists have spoken out about these necessary improvements. Some have expressed their anger and frustration when using public transport that is clearly not designed for people with disabilities.

The entire process of using buses and depending on others for help is largely degrading and abusive. People are made to feel like luggage. 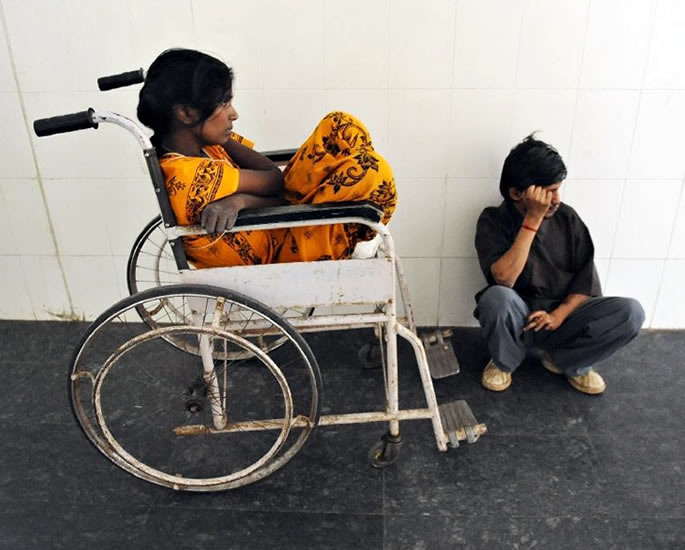 In September 2019, Alisha* was on her way to her school in the Punjab for which she took the bus. Alisha had to be carried off because the door was not large enough for her wheelchair.

Whilst getting off, Alisha was manhandled and touched inappropriately by the driver who carried her.

This lack of accessibility prevents people with disabilities from being empowered to live full, independent lives. It leaves room for some to feel they can take advantage of more vulnerable people with no consequences.

Much of India’s population, as in Alisha’s case, simply cannot afford to take legal action. They are also afraid to risk access to their education or be fired, albeit unfairly, from jobs.

Such degradation and lack of humanity displayed towards people with disabilities do not stop with buses. The same experiences apply to other modes of transport such as trains.

According to Business Standard, a massive 23 million passengers use the Indian Railways each day across the country. It is a great way for people to travel long distances and to access remote areas.

Nonetheless, the poor infrastructure both inside trains, the toilets and at stations makes travel inapt for people like Alisha.

Still to this day many of these services are inaccessible for everyone despite the Disabilities Act being passed 6 years ago.

Virali Modi, a Mumbai based activist, and a wheelchair user herself faced a similar situation to Alisha in 2017. Modi began an online petition urging the Indian government to implement disabled-friendly measures in railways.

Over 200,000 people signed Virali’s petition which clearly shows that the humiliating experiences she has undergone are not isolated. Thousands of others have experienced the same unbearable challenges.

Kirandeep, an office administrator in Goa, details her experiences as a wheelchair user who relies on the train to visit her home town:

“I struggle every time because it is inaccessible.”

“I have to pay extra to make stops in order to get off and use a toilet because the ones on the train are too small. It’s so discouraging”.

Being unable to use a train efficiently is just one of many issues that people with disabilities in India face.

Even if a train has a ramp to help, the destination you are headed to may not be as disability-friendly. This instantly fails to integrate citizens in using this vital mode of public transport.

Kirandeep goes on to note:

“Some platforms are only connected by stairs. My only option is to be carried by someone which is so humiliating”.

Many people with disabilities have similar challenges and have to rely on porters to carry them. Female commuters especially find it uncomfortable being carried by male members of staff.

One justification as to why public and private spaces are not yet accessible to all is due to cost. Some officials and owners suggest that the cost is too high. 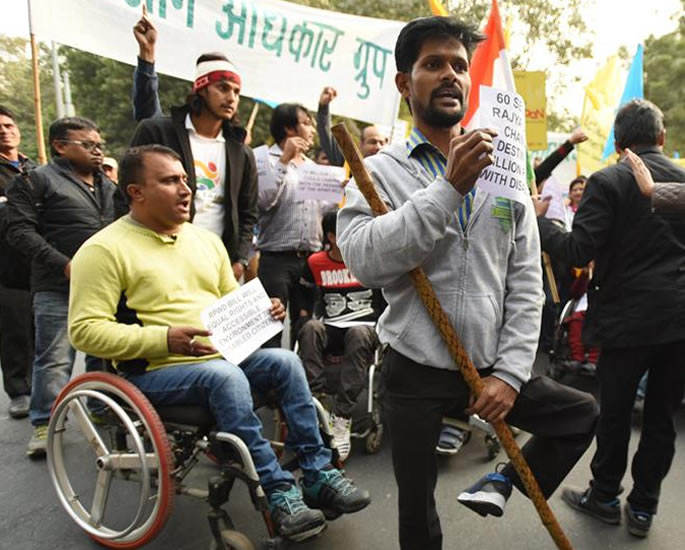 However, research has indicated that implementing small changes in the architectural plans of buildings is not overly expensive.

Another argument is the problematic idea that there is a “lack of market”. This is incredibly damaging as it implies that people do not view the disabled community as a worthwhile customer base.

It is a misconception that there is a lack of market since this has resulted from the existing unavailability of these services. This has led to an absence of opportunities to be hired in the workforce.

Beliefs that people with disabilities do not want to go out, or they cannot raise a family, or socialise are flawed.

This does not take into account the environment that does not allow them to do these things – not because they lack the desire to do so.

It is crucial to understand that this lack of access directly affects people with disabilities being able to complete work to a set standard.

The right to access as stated in law is explicitly linked to the right to work. This cannot be fulfilled fully without a suitable work environment.

Regardless of one’s physical state of being, everyone deserves their voice to be heard. Only once this infrastructural problem in India is resolved, can the prejudice against the disabled be countered.

When social interaction in all aspects of daily life is possible, will we begin to see discourse reading people with disabilities begin to shift in a positive direction?

Charities such as Indiability are working to do change these attitudes in India. As part of their mission they are:

“Working towards a future where they have greater rights and a fuller role in society… and to do away with injustice that is a barrier to success”.

It is initiatives like this and actions by people like Virali that will spark the change needed. Hopefully, in the near future, we will see the problems of social inequity and acceptance towards people with disabilities end.

Names have been changed for confidential reasons.