The Views of British Asians on Inter-Caste marriage

It is difficult to place caste in the supposedly modern and accepting UK society. Yet inter-caste marriage remains an issue amidst the Brit-Asian community.

The caste system remains intact even amongst Asians in Westernised societies.

Though hailing from Hinduism, caste has become prevalent across South Asian culture. It is a complex and loaded term, which means different things to different people and lacks a concrete definition.

Essentially, the system is based on clans and the occupations associated with them. The impacts of caste extend further than jobs though.

Those falling into lower castes are often subject to intense discrimination.

To this day, Dalits – the lowest Hindu caste, derogatorily referred to as the ‘untouchables’ – remain the victims of this prejudiced hierarchy.

Their villages receive little to no water and electricity facilities. They are even prohibited from attending the same temples and shops as upper castes.

It seems impossible that such segregation still occurs.

However, the caste system remains intact even amongst South Asians in Westernised societies.

The UK is no exception. Though it may dictate life to a much lesser extent than in India, one matter remains contentious and explosive – inter-caste marriage.

So why is it even a problem in the UK?

The prominence of the caste system in India leads to tight and exclusive ‘communities’ forming.

The highly acclaimed jobs of the upper castes afford them a wealthier lifestyle. As a result, each caste developed their own conventions.

Perhaps opposition to inter-caste marriage could be an attempt to preserve unique caste customs.

Though cultural differences from caste to caste are more nuanced in the UK, they do still exist.

Jasvir is of a Ramgharia background, whilst her husband was a Rajput. She struggled to adjust to their ways.

“My husband’s side found it hard to teach me their traditions. When there was a family occasion, they did things differently to me and I found myself questioning it.

“It became stressful to attend family functions. It always caused an argument about how things should be done.”

Jasvir’s son Harveer describes his two sides of the family as “different worlds.”

Such culture clashes can create identity crises for children of inter-caste marriages. With mum’s family and dad’s family doing things differently, they may become confused and overwhelmed.

This variation should be spun as a positive though. Exposure to different customs leads to diversity that should be embraced! 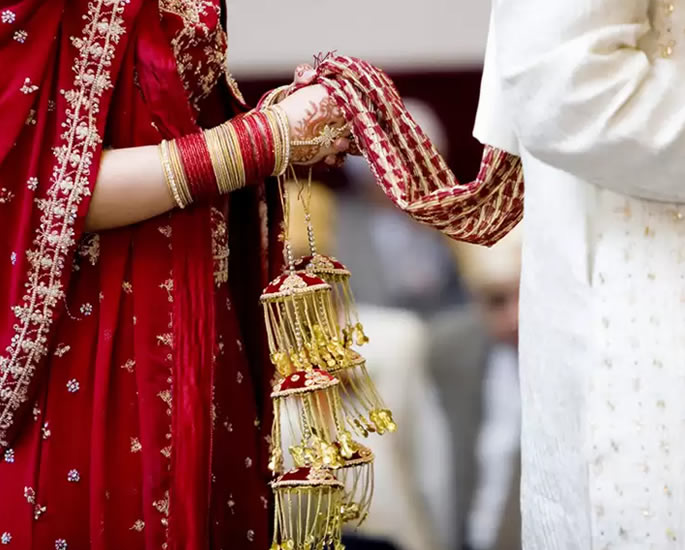 Many of our parents and grandparents migrated from the homelands to Britain around the 1950s. They were immersed in a whole new way of life. An unfamiliar language, different dress sense and strange (and significantly blander) foods.

Their desire to cling onto the traditions and customs of ‘back home’ would make sense. It could be likened to a sense of loyalty and pride.

Ajeet is Jatt and has lived in the UK for 40 years now. Her three children are all married within the same caste.

“Though my children have all grown up here, it is really important to me that they do not forget their roots. I was brought up to respect traditions that have been passed down for generations.

“Family back home can be very judgemental too. That our children are too modern, given too much freedom. I want to show them that even though we live in the UK, we still respect our home culture.”

Many of the elder generation maintain the importance of marrying within the same caste. Ajeet continues:

“I allowed my children to find their own partners. I only asked that they were of the same caste as us. This is what my parents and grandparents and all of my family would have wanted.”

Compared to white peers, the importance of familial happiness is perhaps amplified for British Asians. This can mean that – irrespective of their own stance – tradition must be adhered to.

In the case that is not, post-marriage acceptance becomes a whole new battle.

Raveena and her husband are both Hindu, although he belongs to a higher caste.

“His family were totally against it. They accused me of only wanting to marry him to ‘raise my status’.”

“Even after five years of marriage, they still treat me differently.”

“I just feel like they will never see me as a real member of the family.”

Lack of post-marriage acceptance can introduce a host of further problems. For example, Raveena worries for her children.

“I want to raise my kids understanding and embracing both mine and my husband’s caste.”

“I know my in-laws will be so against it. And I also don’t want my kids to be treated the same way I was due to my lower caste.”

This puts even the most progressive British Asians from South Asian communities in a tricky position.

Fearing the consequences for their children or grandchildren, they can be discouraged from acting on their views. It is down to one thing – how ingrained caste is in our culture.

Unfortunately, the music and social media is quite a culprit in fortifying caste boundaries.

“In Punjabi songs, all you hear is Jatt this, Jatt that. I feel like it allows a superiority complex to form.”

One only needs to take to platforms like Twitter to see how glorified particular castes are. Many of these people do not have a proper understanding of the caste system. Rather, it is possible that music indirectly contributes.

The impact of music is further highlighted when considering non-Asian perspectives.

Jack grew up in Leicester, and his close friends are predominantly British Asian.

“My mates always use Jatt as a compliment and other castes as an insult.”

“I think a lot of it definitely comes from songs. I did not even know about this caste stuff before listening to Indian music.”

Even matrimonial sites play a role.

Shaadi.com and BharatMatrimony are two of the biggest online platforms for Desi matchmaking. Both offer the option to specify preferred caste when searching for partners.

These all may seem like minor influences initially. However, they have the potential to reinforce caste boundaries, particularly amongst South Asian diaspora.

One study, in fact, found high rates of bullying towards lower-caste students. This perpetrated a general reluctance to marry out of caste. Shockingly, this was in a Wolverhampton school. 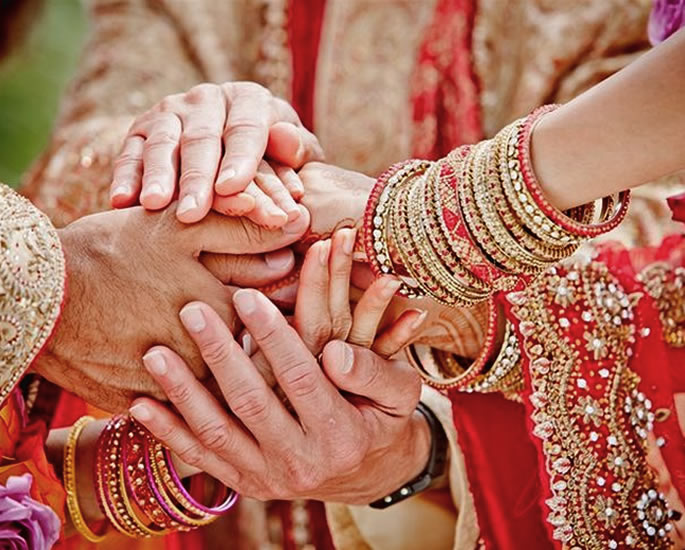 While some inter-caste marriages were welcomed in the past, some today are still looked down upon. It depends on the view of each individual and each family.

There is more to it though. Desi culture has reputation at its core.

Opinions of extended family, the wider community, the random aunties at a religious gathering; are all held in high esteem. It is frustrating that people you might never have even met before can dictate your relationships to such an extent.

Indian weddings in many regards tend to become a full family affair rather than just a marriage of two people.

This ‘what will people say?’ mentality can mean even the most modern and liberal families are wary of inter-caste marriages.

“My aunty refused to let her daughter marry her lower-caste lover. It confused me as she is a very accepting and forward-thinking lady usually.

“But she said the marriage wasn’t allowed as it would taint the reputation of the family.”

This desperation to maintain image can truly rip families apart. Those in inter-caste relationships are all too often presented with the ultimatum – love or your family.

Akash is married to Maya, who is of a different caste.

“None of Maya’s family attended our wedding. She was heartbroken.

“Slowly, her parents are coming back into the picture. It is just a shame they missed out on so much of her life because of pride.”

Caste can complicate the process of finding a life partner for British Asians. As if the task is not daunting enough already.

It is upsetting that to this day, we hear stories of children disowned and honour killings. All because of inter-caste marriage.

It is no wonder that people are so cautious about this topic. Younger British Asians especially can find themselves stuck in a difficult middle ground.

It can be tricky, trying to evoke change whilst respecting tradition.

“I get that some people feel most comfortable staying within their own caste. But we can’t fight for change and at the same time, have these ancient views.”

Much of the elder generation is anxious to leave behind their old ways. This does not mean they cannot be convinced though.

“As my family have started marrying out of race and caste, my grandparents have become more accepting. I think they were just wary at first because it was new to them.”

Though perhaps less than in India, inter-caste marriage remains stigmatised in the UK.

Complete eradication of a caste system may seem miles away; it is deeply rooted in South Asian culture.

However, many are challenging the prejudices that come with it. This is a promising sign. Reducing the stigma attached to inter-caste marriage in British Asian society is complex – yet possible.

Monika is a Linguistics student, so language is her passion! Her interests include music, netball and cooking. She enjoys delving into controversial issues and debates. Her motto is “If opportunity doesn’t knock, build the door.”
Does Virginity Still Matter to Indians?
The Daily Plight for People with Disabilities in India