Neena Gupta: Marriage is Important to Live in this Society

Neena Gupta has opened up about how she explained why marriage was necessary to gain repsect in society to her daughter Masaba.

"Marriage is important if you have to live in this society"

Indian actress Neena Gupta has revealed that she told her daughter, designer Masaba Gupta that society does not respect you unless you are married.

This came after Neena decided to tie the knot with chartered accountant Vivek Mehra and Musaba was curious to know why her mother wanted to get married.

Speaking to The Times of India, Neena, who got married to Vivek in 2008, said:

“Frankly, I didn’t have to tell her. Vivek and I were going around for eight to ten years; he used to come down to my house in Mumbai and I often used to go to Delhi.

“But yes, precisely speaking, when I told Masaba that I want to get married, she wanted to know why.

“I told her that marriage is important if you have to live in this society else you don’t get respect.”

Neena continued to mention that she felt awkward about telling her daughter about her decision. She said:

“And, Masaba understood me. Masaba is one person who will do anything for her mother’s happiness whether she likes it or not.

“So, I was not worried. I was just feeling a bit awkward in telling her that.”

The actress went on to disclose how she makes her long-distance relationship work. She explained:

“I had left work sometime, but I have realised after getting back, work gives me immense happiness.

“Besides, we are not in that young phase where our kids are small or we have to produce kids. We even got married much later in your life. 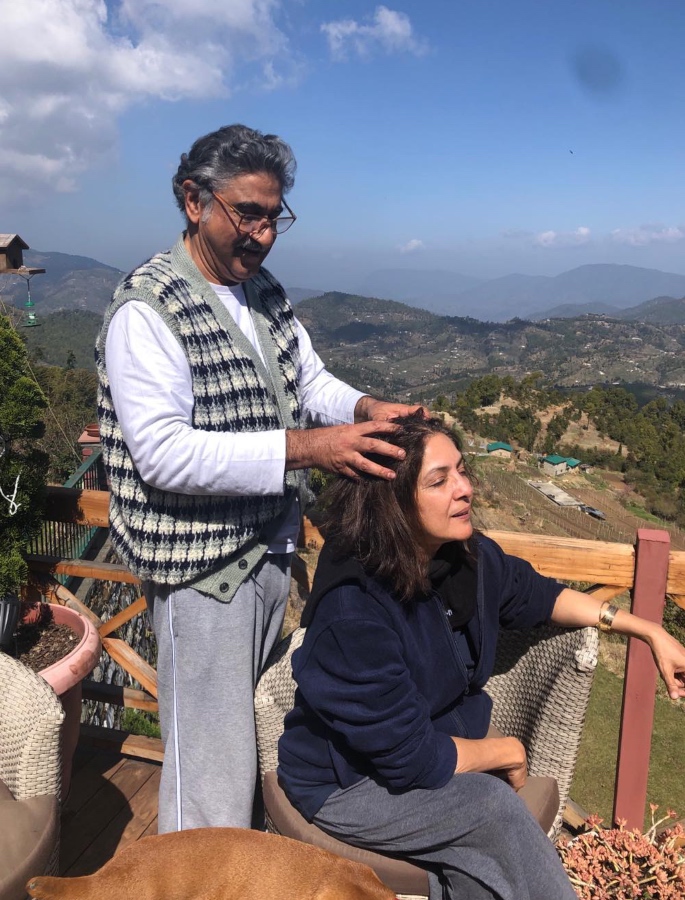 Neena Gupta also appeared on Neha Dhupia’s talk show where she recalled how she met her husband, Vivek. She said:

“And, just imagine, that is why I believe so much in destiny and fate. I was in business class – Air India, upstairs.

“He was somewhere behind, but, one lady wanted him to change his seat and that’s how he came and sat beside me. My life would have been so different.”

Ayesha is an English graduate with an aesthetic eye. Her fascination lies in sports, fashion and beauty. Also, she does not shy away from controversial subjects. Her motto is: “no two days are the same, that is what makes life worth living.”
Filmmakers interested in Making a Biopic Film on Rhea
Sona Mohapatra asks Why no Male Actors questioned