Shocking footage has emerged of a man threatening to assassinate the Queen in revenge for the 1919 Amritsar massacre.

“This is revenge for those who have died"

A chilling video shows a crossbow-wielding man threatening to assassinate the Queen in revenge for the 1919 Amritsar massacre.

The video emerged just a day after a 19-year-old was sectioned after scaling Windsor Castle’s spiked fence on Christmas Day.

The footage shows the masked man, believed to be the arrested suspect, holding a black crossbow and using a distorted voice as he makes threats down the camera.

Jaswant Singh Chail shared the video on Snapchat at 8:06 am on Christmas Day, 24 minutes before a man was arrested by armed police.

He was 500 metres from the Queen’s private apartment, inside the castle grounds.

In the video, Chail brandished a crossbow while wearing a disturbing hoodie and mask, thought to be inspired by Star Wars.

Chail says: “I’m sorry. I’m sorry for what I’ve done and what I will do.

“I will attempt to assassinate Elizabeth, Queen of the Royal Family.

“This is revenge for those who have died in the 1919 Jallianwala Bagh massacre.

“It is also revenge for those who have been killed, humiliated and discriminated on because of their race.

“I’m an Indian Sikh, a Sith. My name was Jaswant Singh Chail, my name is Darth Jones.”

Chail went on to say that he did not expect to survive the attack on the Queen.

Alongside the video, a Snapchat message read:

“I’m sorry to all of those who I have wronged or lied to.

“If you have received this then my death is near. Please share this with whoever and if possible get it to the news if they’re interested.”

At 8:30 am, the suspect was arrested after he triggered alarms and was spotted on CCTV. He was later sectioned under the Mental Health Act.

“Following the man’s arrest, detectives are assessing the contents of a video.” 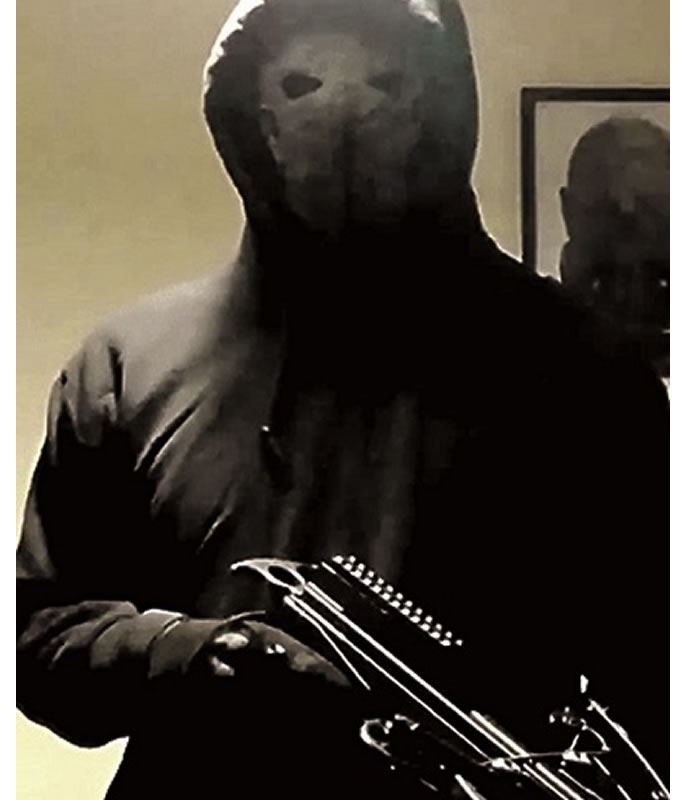 Police searched the four-bed detached home in Southampton where the suspect lives with his family.

On the incident, one neighbour told The Sun:

“There was a big commotion with all the police around and it caused some concern, especially as it was Christmas Day.”

“The family keep themselves to themselves, like the rest of the estate, but we know there’s a teenage lad who lives there with his mum and dad.

“The police didn’t leave the estate until late at night.”

It is believed he used a makeshift ladder to scale a metal fence on Long Walk, yards from Cambridge Gate.

The suspect was held on suspicion of “breach or trespass of a protected site and possession of an offensive weapon” moments after breaking into the castle grounds.

A Met Police spokesperson said: “The man was taken into custody and has undergone a mental health assessment.

“He has since been sectioned under the Mental Health Act and remains in the care of medical professionals.

“Inquiries into the full circumstances of this incident are being progressed by Metropolitan Police Specialist Operations.”

Dhiren is a journalism graduate with a passion for gaming, watching films and sports. He also enjoys cooking from time to time. His motto is to “Live life one day at a time.”
Predator got into Woman’s Bed in Home once a ‘Safe Haven’
Indian IT Scammers exposed via YouTuber Investigation