Air India has suspended flights on the Delhi-Amritsar route to Birmingham, with Pakistan airspace remaining closed due to tensions between the two nations.

“We sincerely regret the inconvenience caused"

On Wednesday, March 13, 2019, Air India, the national carrier made an announcement of suspending flights on key European routes.

From March 16, 2019 flights from Delhi and Amritsar to Birmingham will no longer be running for “operations reasons” until further notice.

Similarly, the route from Delhi and Madrid was also suspended.

The core reason for the suspension is the airline’s expenditure on long haul flights, which has seen a significant increase, following Pakistan closing their airspace and tensions between the two countries.

“Due to operational reasons, the following Air India flights are suspended with effect from March 16, 2019, till further notice.”

The tweet clearly outlined the flights affected from the aforementioned date. According to the airline, flight AI113 Delhi-Birmingham and flight AI114 Birmingham-Delhi would be suspended.

In the same tweet, apologising to their customers, Air India added:

“We sincerely regret the inconvenience caused to our valued passengers and request passengers to collect full refund.”

The suspension of all the flights is a setback for everyone, including the business community. But in particular, flights to and from Amritsar will affect the big Punjabi population residing in Birmingham.

Air India, which began operations for Birmingham to Delhi in 2013, then went onto launch flights to Amritsar.

Such was the popularity of the Amritsar route, that the airline gradually increased the frequency of the flights.

But now with the suspension of the flights, it will cause some inconvenience for passengers travelling to this destination. 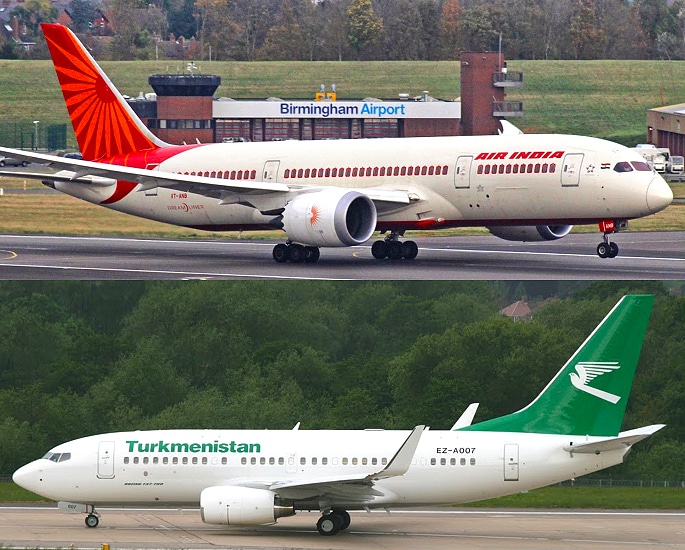 To make matters worse, in early 2019, Turkmenistan Airlines, which was previously flying from Birmingham to Amritsar were also forced to suspend flight due to safety issues.

The only option passengers travelling from Birmingham Aiport to Amritsar is to fly on Qatar Airways via their capital hub, which is Doha.

Air India is also claiming that the suspensions are due to a shortage of aircraft. But many believe that Pakistan may reopen its airspace, which may then see a resumption of these flights.

“We are hoping this is a temporary measure and flights to Amritsar will resume soon.”

“We also hope this siyappa (chaos) between India and Pakistan will be resolved peacefully.”

Whilst passengers may find it inconvenient, Air India is refunding any money on the suspended flights.