Poor Women in India have to ‘ignore’ Sex Abuse at Work

“There is no place safe for women like us.”

A damning Human Rights Watch (HRW) report released in October 2020, condemned the Indian Government for its failures of ensuring that poor women workers have legal recourse in cases of sexual abuse at work.

The fifty-six-page document explores how women in India are being exploited in workplaces, especially if they are from poor or illiterate backgrounds.

The “‘No #MeToo for Women Like Us’: Poor Enforcement of India’s Sexual Harassment Law” report found that while more women in India are speaking out against sexual abuse at work, largely due to the global #MeToo movement, many in the informal sector are staying silent.

The fear of stigma and institutional barriers continues to stymie the progress being made in combatting against acts of sexual abuse at work.

Labour rights campaigners have come out in force to say not enough progress is being made for women working in India’s vast informal sector.

This sector employs about 95% of India’s 195 million female labour force. These include jobs from street vendors, domestic work, agriculture, construction, to home-based work such as weaving or embroidery.

The HRW report says that many female workers are being exploited regularly despite newly instated work-place related safeguarding laws. 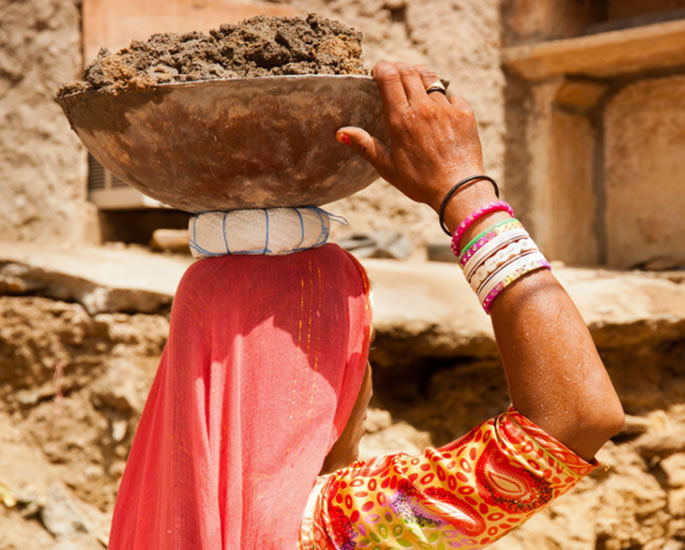 The report states that the government has failed to properly enforce the 2013 Sexual Harassment of Women at Workplace (Prevention, Prohibition and Redressal) Act, or POSH Act as it is commonly known.

This act came into existence after a spike in reported sex crimes.

The fatal gang-rape of a student on a bus in 2012 dominated global headlines and calls were being made to the government that year to introduce tougher penalties.

The POSH Act legislates that employers with at least 10 workers must set up a women-led complaints committee.

These committees are expected to handle complaints and recommend actions ranging from a written apology to termination of employment.

It was seen as providing an alternative to filing a criminal complaint with police.

Under the POSH Act, the government is responsible for: 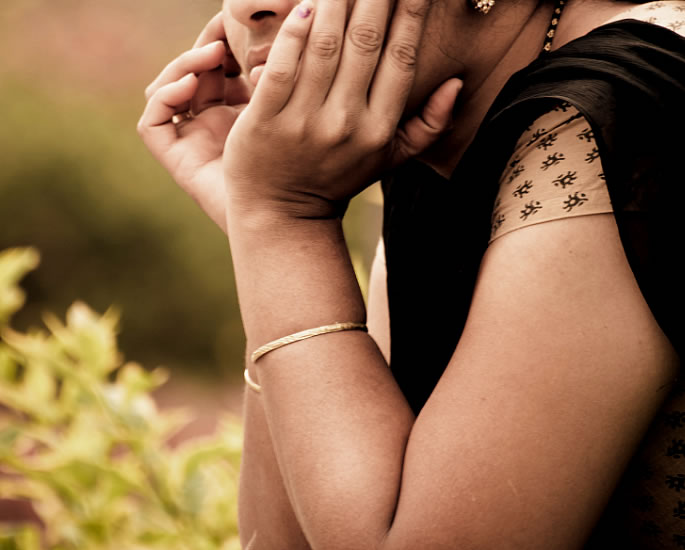 For establishments with less than 10 employees and for women working in the informal sector, the state government’s district officer or collector is required to form a Local Committee in each district.

Despite legislating these progressive laws the central and local governments have failed to promote, establish, and monitor complaints committees.

In 2018 a women’s rights group ‘Martha Farrell Foundation’, found that only around 30% of the 655 districts surveyed had formed such committees.

The HRW report then goes on to say that since being active the ‘#MeToo movement’ has done little to quell the rising number of reported cases being made since 2017.

It argues that the campaign was only effective in the registering of complaints against prominent journalists, film stars and executives across India. It had minimal effect in rural areas where sex crimes are rampant.

“The #MeToo movement helped to shine a light on violence and harassment at work, but the experiences of millions of women in India’s “informal sector remain invisible.”

The HRW report says that women, inspired by the global #MeToo movement, who did come forward with complaints against men in senior positions have often faced backlash.

This ranged from threats to intimidation, retaliation, attempted bribes and finally bias in legal procedures.

Those men that were accused have often used the colonial-era criminal defamation law against the women who dare to speak out. This unequivocally deters many other victims from coming forward.

“For women like me, what is #MeToo?…Poverty and stigma mean we can never speak out,” said a part-time domestic worker who was sexually harassed by a security guard.

“There is no place safe for women like us.”

Thomson Reuters reports that ‘The Ministry of Women and Child Development’ did not respond to their repeated requests for comment.

The ministry launched an online complaint box for sexual harassment at work in 2017 and received about 600 complaints in its first two years.

Anagha Sarpotdar, Mumbai’s chairwoman of the ‘Complaints Committee’ was available and has stated that “the implementation of the law has failed in the informal sector due to a lack of awareness!”

WIEGO, a network that supports informal workers, have suggested that it is important to form and bolster associations, self-help groups and trade unions to empower poor women.

Their representative Shalini Sinha has said:

“These can strengthen women so that this sense of isolation that they feel while trying to report sexual harassment is not there.”

She adds they can also raise women’s awareness of their rights.

“Most women suffer in silence until it becomes unbearable, and then they just try to get another job.

“They do not want to tell their families either because they are afraid that they will be prevented from working.”

Studies have shown that domestic workers are especially at risk of sexual harassment and violence due to their isolation in private homes and their exclusion from many key labour protections guaranteed to other workers.

Kainaat, aged 25, became a domestic worker when she was 12 after her family migrated from West Bengal to Gurgaon in search of work.

For the first few years, as a child, she laboured as a live-in domestic worker in various homes, suffering beatings and threats.

“When his children and grandchildren would go out, he would purposely stay home and keep following me around.

“He would pat my back, but then his hands would wander. I tried to ignore it.

“Once when he did this, there was no one at home so I went to the washroom and did not come out until others returned.

“I knew no one would believe me if I told them, so I kept quiet.

“That man used to tell me, ‘Wear a short dress, you will look better in it.’

“I put up with it because I had to earn to support my family. But I finally quit because I was so frustrated and decided not to work as a live-in maid anymore.”

Shalini was sexually harassed for months by a security guard of the apartment complex in Gurgaon, Haryana, where she worked as a part-time domestic worker.

“He would say he loved me.

“He would wait by the elevator at the end of my shift and when I was alone in the elevator, he would make lewd remarks.

“One day, it went too far when the guard took out money, forced it into my hands, and asked me to go with him.

“That day, I cried endlessly when I went home and told my husband I wanted to go back to the village.

“My husband and my brother-in-law went to the colony and complained to the head of security, whom they knew, and the guard was quietly transferred.

“If my employers had come to know, they would have likely blamed me. That is why I kept quiet.”

“For women like me, what is #MeToo? Poverty and stigma mean we can never speak out. There is no place safe for women like us. Not our “workplaces, nor our homes, and not the road we take.”

The September 2020 alleged gang rape and murder of a 19-year-old Dalit woman in Uttar Pradesh reinstates the need for a heightened sense of concern.

The government will surely have to reassess its approach to tackling the continued violence against poor women who are marginalised in India.

Jessie, a free-thinking discovery writer who aims to shed light on topics that emerge in many news and lifestyle areas. He writes by pushing boundaries and drawing upon real global experiences. His approach is characterised by the quote "work for a cause, not for applause."
Why are Desi Women Blamed for Miscarriages?
How I Told My Desi Parents I was Dating