A man from Batley was responsible for preying on vulnerable victims on an estate before exploiting and stealing from them.

"The exploitation of vulnerable individuals is an extremely cowardly offence"

Amanat Tariq, aged 37, of Batley, was jailed for six years and six months after he admitted exploiting and stealing from vulnerable victims.

Leeds Crown Court heard that he and Alliah Bradshaw, aged 40, targeted the victims on the Manor Way Estate, Batley.

Between February 2019 and July 2019, the pair befriended four vulnerable people before exploiting them for money.

The crimes came to light when the Yorkshire Building Society noticed several suspicious money withdrawals made by one of the victims.

Following their arrests, Tariq pleaded guilty to four burglary and four fraud offences while Bradshaw admitted one count of harassment and one count of burglary.

“The exploitation of vulnerable individuals is an extremely cowardly offence and one that warrants a significant punishment.

“In this case, I’m pleased to see that the sentence reflects the severity of the offences which took place over a number of months.

“This case reflects the importance of our partnership work with local organisations as it was the Kirklees Neighbourhood Housing Officers who first alerted the Kirklees Council Community Environmental Supports Officers (CESO’s) of the pairs suspicious behaviour.

“The CESO’s then gathered intelligence from residents about the pairs movements and criminal activity which was then relayed to West Yorkshire Police who conducted an investigation and subsequently carried out the arrests.

“While we are satisfied with the outcome of this case we must reflect and continue to work extremely hard to continue to keep residents of Kirklees safe.

“A huge well done to everyone who was involved in seeing the offenders brought to justice, your commitment to the local communities of Kirklees is inspiring.” 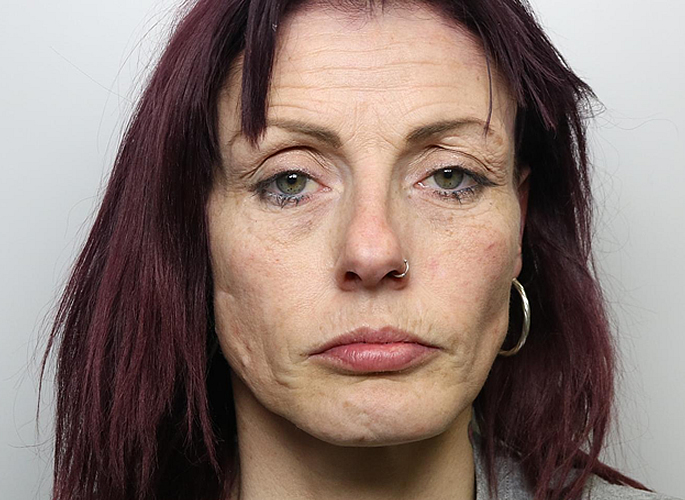 As part of their CBO conditions, Tariq and Bradshaw must not enter a designated part of the Kirklees District unless pre-conditions are met.

They are also banned from taking money or property from any non-family members within a designated part of the district unless they have written permission.

Inspector Dorian James of the Batley and Spen NPT said:

“We welcome the sentences given to Tariq and Bradshaw for what were awful and insidious offences in which they preyed on vulnerable residents in the local community in Staincliffe.

“The CBO orders attached to their sentences mean that if they re-offend on release and they can be immediately arrested and potentially find themselves straight back in prison providing an extra deterrent.

“I want to thank partner agencies at Safer Kirklees, KNH Housing and the CPS as well as the diligence of staff at the Yorkshire Building Society for spotting the suspicious behaviour on a victim’s account.

“Their strong support has allowed us to take action against these pair and work to safeguard vulnerable victims.”

He went on to say: “We suspect that there are other victims who have not come forward, and would ask anyone on the estate who has been a victim of this kind of offending who has not contacted police to do so and report what took place.

“All reports will be thoroughly investigated and can be made to the Batley and Spen NPT via 101 or online at www.westyorkshire.police.uk/101livechat.”

Dhiren is a journalism graduate with a passion for gaming, watching films and sports. He also enjoys cooking from time to time. His motto is to “Live life one day at a time.”
Indian Youth kidnaps Girl he was Arranged to Marry
Indian Wife commits Suicide after Abuse by Husband & Brother