Images of Mahira Khan and Ranbir Kapoor have reignited dating rumours. But some have criticised the Pakistani actress for smoking and wearing a short dress.

They have also slated the actress for smoking and her alleged 'relationship' with Ranbir.

Fuelling dating rumours, it’s also led to many criticising the Pakistani actress for smoking a cigarette and wearing a short, backless dress.

The photos, taken around July 2017, depict Mahira relaxing outside with the Bollywood actor. Both smoke, with cigarettes in their hands.

Ranbir cuts a casual figure, wearing a simple grey shirt with jeans. But Mahira Khan has stood out in the image for wearing a revealing dress. The white, summery outfit showed off Mahira’s stunning figure, revealing her arms, legs and back.

In addition, some reports have speculated whether Mahira Khan is even sporting a ‘love bite’. Upon her back, in one of the images, the actress has a medium-sized mark which has prompted the rumours.

However, sources have explained to Hindustan Times the mark is actually a surgery scar, saying:

“Mahira was suffering from this cyst for a very long time and one could see it even on the sets of Raees. She got the surgery done earlier this year and what you see in the photos is nothing but the surgery scar.” 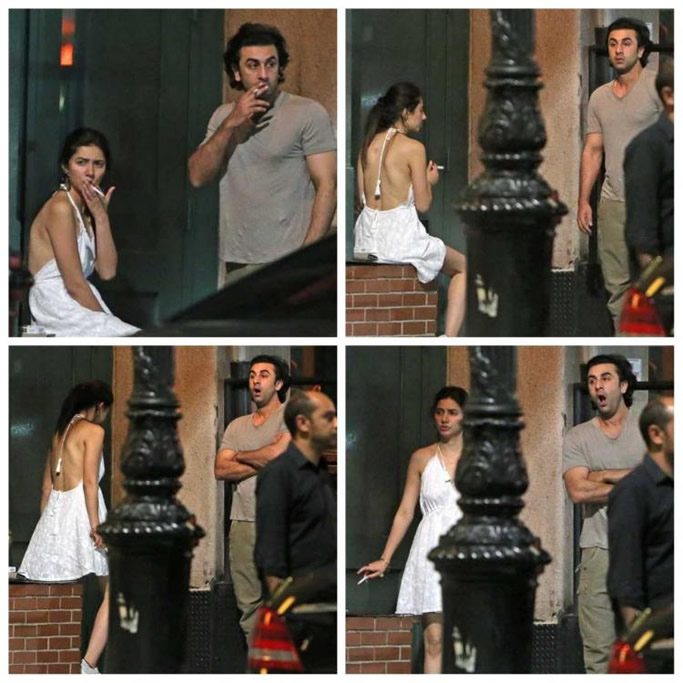 In July, Ranbir had claimed he was, in fact, single, saying:

“This is the first time I am single and it’s amazing. You have a lot of time for yourself. I’m not meeting anybody. The only people you meet are the film industry people and eventually, the only people you start talking to are actresses.”

However, with rumours of the two dating starting back in March 2017, it seems the speculation won’t rest anytime soon.

But while some are delving into the speculation, many in Pakistan have slammed Mahira, trolling her on social media. Angry with the images, many have tweeted negative comments on platforms such as Instagram and Twitter.

They have also slated the actress for smoking and her alleged ‘relationship’ with Ranbir. In addition, she has received harsh judgement for her short dress, with some accusing her of not representing Pakistan appropriately.

Despite this negative backlash, Mahira’s fans have come out in support and defended the images. They deemed the trolls as having double standards since their attacks are mainly towards Mahira rather than Ranbir.

For example, both Ranbir and Mahira were smoking, yet she gets most of the criticism. Perhaps this highlights imbalanced attitudes towards actors and actresses?

Bollywood actress Parineeti Chopra also shown her support for Mahira. Reporters questioned her on the rising controversy of the images. Yet she replied:

“I’ll just say one line. It’s a little unfair. Everybody knows it’s unfair and it’ll stop. Today, because of social media, everything becomes too big a deal.”

For now, both Mahira and Ranbir have kept quiet on the controversy.

With the heavy amount of trolling, one could argue this highlights the difficulties actresses can face in the modern age. Where a few images can create a huge wave of negativity from the public, magnified by the accessibility of social media.

How did Priyanka Chopra make $10m between 2016-2017?
Mawra Hocane not upset after seeing Mahira & Ranbir’s Photos?