Janhvi Kapoor was once again accused of copying Kim Kardashian as she was seen in a backless jumpsuit on a dinner date with Ananya Pandey.

“She looks vulgar many times.”

Janhvi Kapoor faced backlash from netizens after she was spotted leaving a restaurant in Bandra with Ananya Pandey in a figure-hugging, backless jumpsuit.

The Bollywood starlet was reduced to a “wannabe Kim Kardashian of the east” and a “top-class version of Urfi Javed.”

As soon as the video of Janhvi Kapoor walking toward her car surfaced online, trolls began shaming her for her outfit choice.

Others added her late mother Sridevi into the situation and claimed Janhvi’s dress sense changed after her mother passed away.

One user wrote: “Sridevi wouldn’t have been happy watching her daughter wearing such skimpy clothes had she been alive.

“Literally there is nothing more to show. But she is carrying it well.”

Another agreed and added: “Janhvi used to dress so well when Sridevi was alive now she just wants to expose her body.

“She looks vulgar many times.”

Sridevi died of accidental drowning in February 2018 at the age of 54.

Janhvi and Khushi are Sridevi’s daughters with Boney Kapoor.

Sridevi was known for her iconic roles in Hindi movies like Chandni, Lamhe, Mr India, Chaalbaaz, Nagina, Sadma and English Vinglish, among many more. 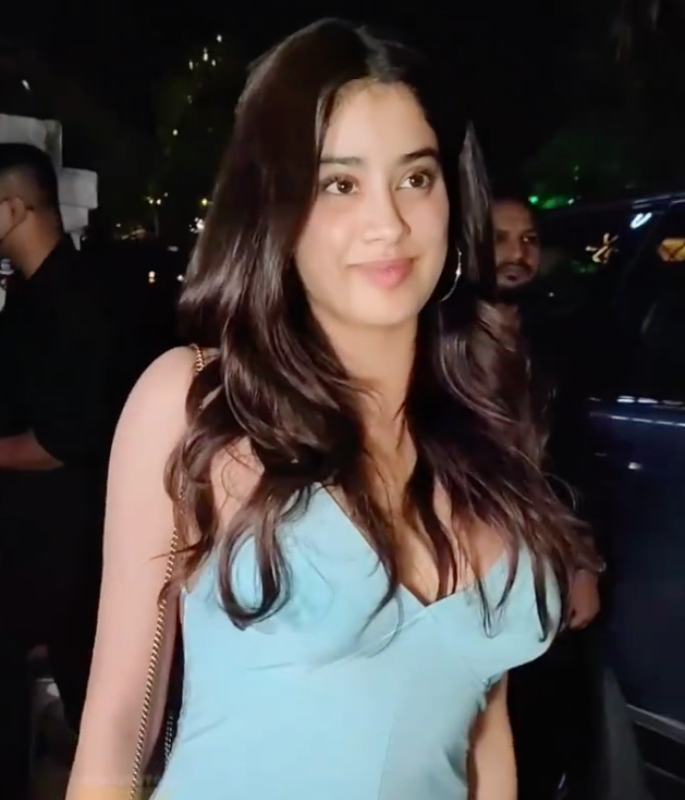 The Padma Shri awardee had also made a mark with her extraordinary performances in Tamil, Telugu, Malayalam, and Kannada films.

Her sleek ponytail was an edgy addition while her makeup complimented her outfit.

She went on to win the award for ‘Popular Choice – Most Loved Millennial’.

Similarly, while some loved her outfit, others decided to troll her in the comments section.

Many accused Janhvi of “trying to be Kim Kardashian” after the American socialite sported a similar look at the 2018 Met Gala.

On the work front, Janhvi Kapoor was last seen in Roohi, which also starred Rajkummar Rao and Varun Sharma.

Her other upcoming projects include Good Luck Jerry and Dostana 2.

Janhvi also wrapped up filming of Mili, which marks the first collaboration with her father.

She also has Mr & Mrs Mahi. The film is set to go into production soon and will be directed by Sharan Sharma. It is expected to release in October 2022.

Janhvi Kapoor recently announced her new project Bawaal, in which she will star opposite Varun Dhawan.

Janhvi Kapoor made her Bollywood debut with Dhadak in 2018 and has starred in several projects since then.

Ravinder is a Journalism BA graduate. She has a strong passion for all things fashion, beauty, and lifestyle. She also likes to watch films, read books and travel.
8 Best Luxury Jewellery Brands In India
Sadaf Kanwal slammed for ‘Expensive’ Clothing Line