Love Is Blind star Zanab Jaffrey says her ex-fiance Cole had a preference for white women and also tried to control what she ate.

"Obviously, I loved him. It was painful to hear.”

Zanab Jaffrey has said her former fiancé Cole Barnett tried to control what she ate and had a preference for white women.

The pair were in a relationship on Love Is Blind and in the season finale, Zanab was “devastated” not to get married and left the relationship “broken”.

Zanab rejected Cole at the altar, telling him:

“And, for what it is worth, you have single-handedly shattered my self-confidence.”

The pair got off to a strong start after bonding in the pods and upon their first meeting, Cole exclaimed:

He then showered Zanab with kisses.

However, things quickly went downhill, notably when he told her she was a “nine out of 10” while other contestants Raven Ross and Colleen Reed were “10s”.

“But when you get the follow-up that there were two 10-out-of-10s in a group of just five women, statistically it didn’t really add up.

“That was a good foresight for us for what was coming up.

Cole also said Zanab – who is from a Pakistani background – was not the type of girl he usually dated.

He told her: “I proposed to a girl named Zanab.

“You think I thought Zanab looked more like the girls I dated in the past that were named like, Lily?” 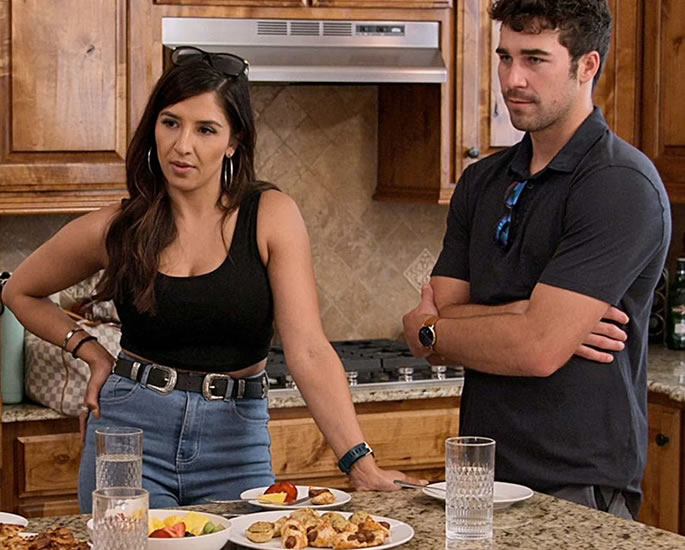 On the comparisons between her and his ex-girlfriends, Zanab said it showed his preference for white women.

“Everyone heard it. Even watching it back, I was like, wow, I really didn’t hear that like everyone else heard it.”

“In the heat of that moment, I didn’t necessarily hear it, but we’d had conversations about women he previously dated.

“There were many conversations about how I did not look like it or live up to it.”

She also revealed that she developed some unhealthy eating habits because of her relationship with Cole.

Zanab elaborated: “The things he was saying to me did hurt.

“I was somehow trying to make myself desirable to him, whether it be skinnier, or…  I’ve never had someone speak to me that way about my body or eating.

“That was very real for me. I did change what I was eating. I was just eating a banana.

“I did lose weight by the wedding day. It had nothing to do with fitting into my wedding dress.”

She is now “doing great” after the show and is in therapy to work on herself after the relationship.

Zanab added: “I think what is beautiful to see is the amount of women that are supportive and saw what I saw. I think that’s a beautiful community.

“No one should have to accept disrespect in a relationship.”

Dhiren is a journalism graduate with a passion for gaming, watching films and sports. He also enjoys cooking from time to time. His motto is to “Live life one day at a time.”
Deepika & Ranbir complete 15 years in Bollywood
Why are Indians Obsessed with True Crime Films?