Sidhu Moose Wala’s Mother preferred Him Not to Sing

After the loss of her beloved son, Sidhu Moose Wala’s mother reveals what career she wanted him to follow instead of becoming a singer.

"Then as he grew up he went into singing."

In a media interview, the late Sidhu Moose Wala’s parents are still coming to terms with the huge loss of their son.

They are still demanding justice and want the killers responsible to be dealt with promptly by authorities.

“As a mother, I have lost everything. I am completely empty inside.

“Whatever dreams we had have all been destroyed. We have lost a very wonderful and loving child.”

She continues to unveil her distress over why Sidhu Moose Wala was killed, saying:

“To bring a child up from a tiny age to an adult is a huge task for mother or father.

“Why?… “Why are they killing our children in this way?

“Why do they not die? If they have such a grudge or discomfort, why are they calling our children ‘brothers’?

“Oh, that brother was killed so we want revenge for that brother… What facet makes them their brothers?

Charan Kaur then complains about the lack of security for their son and not getting answers from the authorities over that issue. 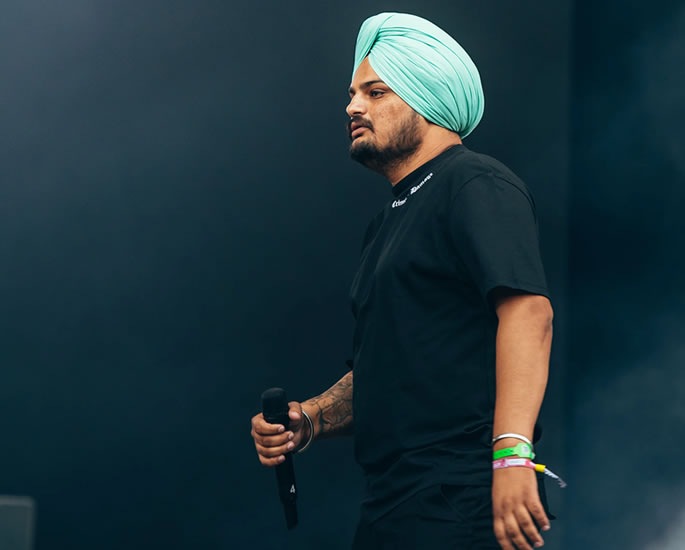 “And when the authorities are asked about why the security was not present for my son, they have no response.

“Their reply, ‘Yes. It was a mistake’… You made the mistake but we lost our child…”

“The authorities right up until now have taken no action against them.”

“A mistake can be addressed but can a son be brought back?”

When asked what Sidhu Moose Wala was like a child and their aspirations for him, Charan Kaur says:

“He was with us from the start. He never had a toy or demanded anything of the sort.

“Children frequently are stubborn and want parents to buy them a toy. He never wanted a toy.

“Whatever we said to him… We must do this.. Or you should study this… Or we should go out here… He obeyed.

“Then as he grew up he went into singing.

“We were trying to deter him and said that you should look at becoming an officer. That he should become an army officer.

“We were very fond of getting him enlisted in the army.”

“But he chose a different career path. And what did he actually do wrong by doing this?”

“Out of a hundred conversations, there is one. Our child is no longer, he was an obedient child and these people [gangsters] killed him with no reason or fault.

During the interview, Balkar Singh stated that he would like to see his son’s killers hanged as it fits the justice he deserves.

Both parents are dismayed why the criminals responsible for Sidhu Moose Wala’s killing are protected in prison while they suffer a lifelong loss.

Jas likes to keep in touch with the world of music and entertainment by writing about it. He does like hitting the gym too. His motto is 'The difference between the impossible and the possible lies in a person's determination.'
Ali Zafar to Collaborate with Shehnaaz Gill?
Diljit Dosanjh leaves Fans in Awe with Biceps Pic