Khadija Siddiqi became a symbol of women’s struggle for justice in Pakistan after being stabbed by her ex-boyfriend. She has now become a barrister.

"When he hacked my social accounts, I ended my relationship with him"

Law student, Khadija Siddiqi, who was left fighting for her life after she was stabbed 23 times by her former boyfriend in Lahore, Pakistan, has completed her bar degree to become a barrister.

Siddiqi, aged 24, completed her degree after passing 12 examinations with an overall “very competent” grade at the City Law School (University of London). She came to study in the UK in September 2018.

In March 2019, she graduated with a 2:1 law degree at Blackstone School of Law (University of London).

During the second year of law school, her LLB (long distance learning), Siddiqi embarked on a relationship with Shah Hussain. However, after the relationship broke down, Hussian was not accepting it.

Describing Hussain as a jilted lover, she said he was someone “who had a violent streak and was given to coercion and blackmail”.

“He was like one of those men who treat women as they do slippers on their feet; who think they can do what they want and expect no complaints.”

“When he hacked my social accounts, I ended my relationship with him. He resorted to threatening me, and made several calls to my friends and a cousin asking them to tell me to speak with him or else.” 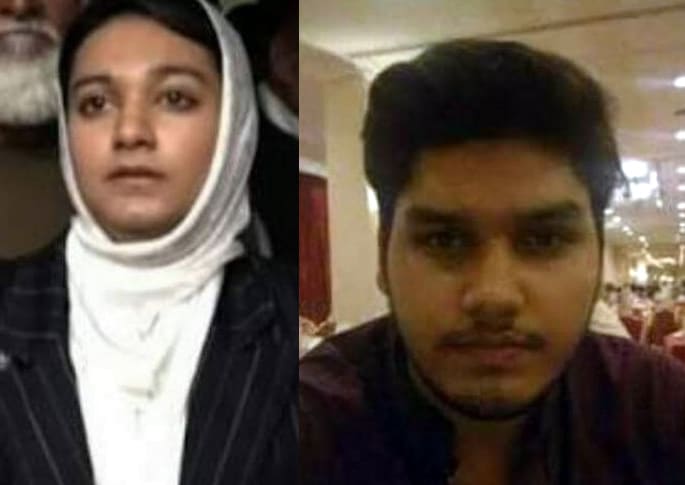 Some months after the breakup, in May 2016, when Siddiqi was aged 21, she was ambushed by Hussain, as she collected her six-year-old sister from school.

Hussain knifed Siddiqi 23 times in a jealous rage because she did not entertain his advancements. The attack left her with fatal wounds to her throat, abdomen and arms.

After the attack, Hussain was arrested and convicted of attempted murder in 2017.

However, his conviction was quashed in 2018. This resulted in Siddiqi launching a brave fight to get justice with a social campaign with hashtags #JusticeforKhadija and #FightLikeKhadija.

Her case picked up momentum when GEO TV news presenter Shahzeb Khanzada supported her and covered her case a number of times on shows. Then more media began to focus on her case and civil activists Hassan Niazi and Jibran Nasir fought with her.

Eventually, after the case prompted a debate on violence against women in Pakistan, in January 2019, Siddiqi had to return to Pakistan, mid-exams for the bar, to attend her final hearing at the Supreme Court.

The court decided in her favour and overturned the acquittal and jailed Hussain for five years, putting an end to Siddiqi’s huge struggle for three years.

“I remember when I was called by my lawyer Barrister Salman Safdar who told me that my case was fixed for 23rd January.

“He said that the case could be heard in my absence too if it was getting hard to come back midway bar course.

“But somewhere deep in my heart, I knew that all hopes were hinging upon my case, how they were eagerly waiting for justice to be served.

“It became my obligation and duty to be present in the Supreme Court of Pakistan for my case hearing. I did not give it a second thought and booked my ticket.

“I missed a week of lectures and some important classes but that somehow became secondary to the big battle I had been fighting for the previous 3 years.” 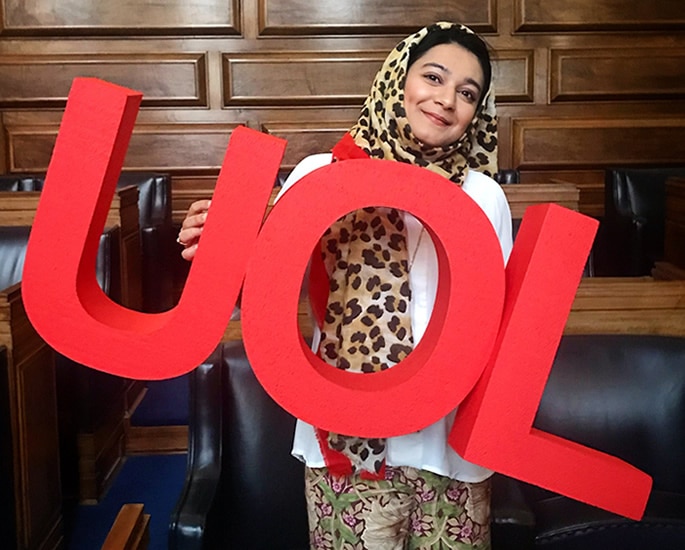 Achieving her bar degree and becoming a barrister has given her immense satisfaction and a sense of hope. Talking about her experience, she said:

“Studying at City Law School in London has been a wonderful experience.”

“I was able to get a very unique exposure to people from all over the world.

“The teachers were all exceptionally considerate and helpful throughout the year.

“I gave a few talks at various universities and worked as the youth ambassador for PTS foundation UK.

“London is a diverse city and gave me a lot of room to experience different cultures.”

Siddiqi has plants to return to Pakistan to practice law after her ‘call to the bar’, saying:

“As I always said the plan is to work and strive for the people of Pakistan.

“I hope and pray God gives me the will power and strength to give a voice to the voiceless and bring about judicial reforms in the near future.”

Khadija Siddiqi’s achievement to become a barrister after everything she has gone through is to be very highly commended.

Nazhat is an ambitious 'Desi' woman with interests in news and lifestyle. As a writer with a determined journalistic flair, she firmly believes in the motto "an investment in knowledge pays the best interest," by Benjamin Franklin.
Transgender shot by ‘Unhappy’ Father in Pakistan
Two Killers jailed for Brutal Death of Derby Man