Kangana Ranaut is the new director of Manikarnika and feels that Sonu Sood left the film because “He refused to work under a woman director.”

"He wanted the producers to retain the kushti portions"

The anticipated war story Manikarnika: The Queen of Jhansi, is now being directed by Kangana Ranaut in the absence of Krish Jagarlamudi, the actual director of the film.

Reports say Kangana took up the helm of director after not being happy with the way certain portions of the film have turned out, and due to Krish moving to the NTR biopic film based around the life of N. T. Rama Rao, starring Vidya Balan and Nandamuri Balakrishnan.

Ranaut was originally playing the lead role in the film based on the real-life story of Rani Laxmibai.

Then, a clapperboard picture with Kangana’s name on it as ‘director’ for the film went viral on Wednesday, August 29, 2018, confirming her taking over as director.

One of the producers of the film, Nishant Pitti, confirmed the news after stating that Jaharlamudi is too busy shooting the Telugu NTR biopic in Hyderabad.

Sonu Sood was reportedly playing Sadashivrao Bhau in the film, the commander-in-chief of the Maratha army.

It was reported that Sonu Sood had left the film due to Kangana’s new involvement in the film.

He supposedly did not want to be directed by a woman.

Other rumours state that the male actor had left was because he had been offered another lead role to cast in Rohit Shetty’s Simmba. 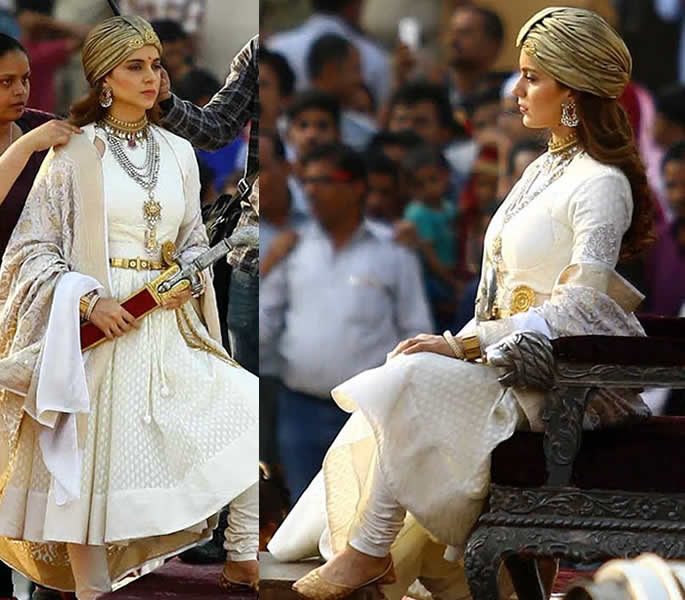 According to IANS, Kangana Ranaut said:

“Even though the team suggested that they have full faith in me, it seems, Sonu had neither dates nor faith.

“He wanted the producers to retain the kushti portions as he made the body for it for four months.

“How did I know that is happening behind my back? When writers saw the film, they said they don’t want it.”

Kangana Ranaut shared that she found this factor quite amusing as they are proclaimed good friends.

It’s also been reported by sources close to Kangana that Sonu “misused his friendship” with the director Krish to include the kushti scenes in the script.

According to the source,  “those Kushti sequences cost the studio a bomb.”

In reaction to Kangana’s claims that Sonu was unhappy working with her as a director, sources told IANS:

“Sonu has never had any problems with anyone in his almost two decade-long career. Sonu has previously worked with the woman filmmaker, Farah Khan.

“Also, Kangana claims that Sonu had shot the kushti scene behind her back, but surprisingly the director has to be present on the set to shoot a film and not just the actor.” 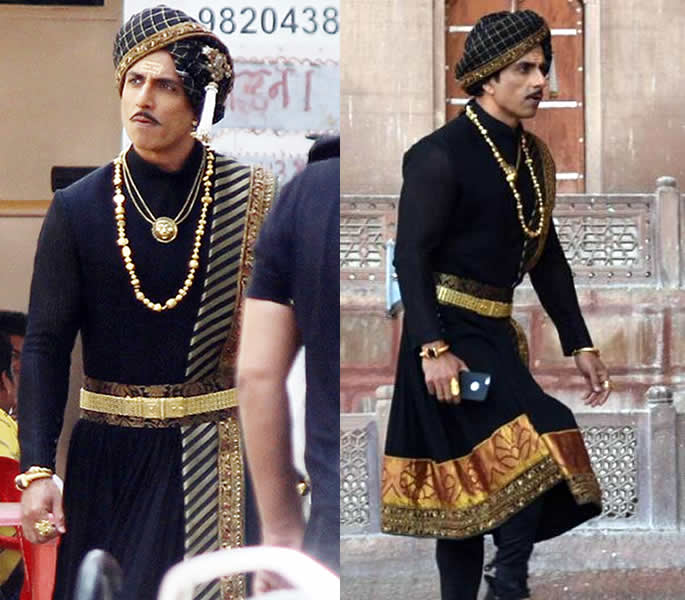 However, there have been reports of Kangana ‘bullying’ Sood and a source told Bollywood Hungama:

“Yes, Sonu has left the film. He took a lot of crap from a person who feels she knows how to direct a film without any real qualification to do so. But finally, when Kangana Ranaut officially took over the direction, Sonu couldn’t take it no more. He quit the film.”

It’s alleged that Kangana wanted his role in the film reduced:

“When Kangana gradually took over the project she also wanted Sonu Sood’s role to be cut down to size. This was the last straw. The normally mild-mannered Sonu just erupted.”

Other reasons for Sood leaving were that for the Simmba role he grew a beard but for Manikarnika: The Queen of Jhansi the makers needed him cleanly shaven to re-shoot some scenes and dates could not be met, so he quit.

Regarding Sood’s re-casting being an issue of timing and schedules, Kangana Ranaut said:

“Sonu and I haven’t even met since the last shot with Krish (previous director) last year. He is busy filming Simmba.”

Ranaut then goes on to explain that Sonu Sood had not been able to give the directors set filming dates and could not match his schedule to work with other actors.

The Queen actress explains that the rest of the crew were on-board with her taking over and that they had full faith in her directing.

The female director and actress revealed that Sonu Sood had given her the green light to re-cast his role, and after she had chosen Zeeshan Ayyub for the film, Sood wanted his role back.

However, Kangana Ranaut denies there being any confrontation with the actor, saying:

“Now I hear I had a showdown with him, when I never met him, never directed him, when did I have this showdown?”

When Sood was contacted for a comment his spokesperson issued a statement saying:

“Sonu has always been a thorough professional and honoured all his commitments.”

“He had informed the makers of Manikarnika about his dates and schedule well in advance.

“Inconveniencing the team of his current film to accommodate the demands of another are against his professional principles.

So, now with Kangana Ranaut in the director’s chair and Sonu Sood no longer part of the film, let’s hope that this epic movie will be back on track for its release date, which is January 25, 2019.

Shreya is a Multimedia Journalist graduate and thoroughly enjoys being creative and writing. She has a passion for travelling and dancing. Her motto is 'life is too short so do whatever makes you happy.'
Batti Gul Meter Chalu: Shahid & Shraddha Kapoor fight for Electricity
Manmarziyaan: Tapsee, Abhishek and Vicky’s Obscure Love Triangle