Is the Trippy Trippy Song ft. Sunny Leone too ‘Vulgar’?

Sunny Leone sizzles in her new music video for ‘Trippy Trippy’, but is it too ‘vulgar’? Sources claim that Bollywood actor Sanjay Dutt seems to think so.

"Oh my god she has enhance her dance skills so much! I salute her hardwork!"

But actor Sanjay Dutt has criticised the star, claiming that the video’s content appeared too ‘vulgar’.

The music video features Sunny Leone in an array of spectacular poses. From wearing a two-piece khaki bikini to a dazzling, monochrome outfit, the starlet delivers high-energy.

With ‘Trippy Trippy’s’ fun, vibrant beats, the actress has certainly captured the feel of the song. It seems her fans would agree, as over 94,000 liked the video and others also complimented Sunny on her performance.

One YouTuber user named Sthrani Atserhs commented: “Oh my god she has enhance her dance skills so much! I salute her hardwork! [sic]” 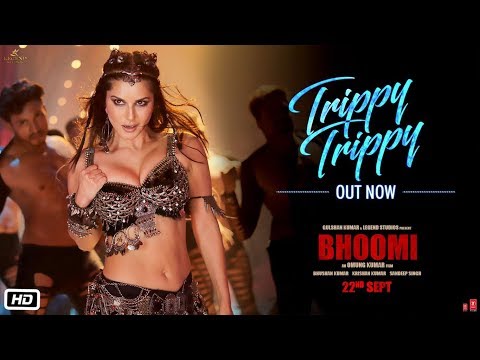 This marks as the latest success for the star. She has previously stunned in ‘Piya More‘ and ‘Laila Main Laila‘, which both gathered an outstanding reaction from Bollywood fans. It seems then the career of Sunny Leone is going from strength to strength.

“Trippy is a huge hit on the social media. Sunny too is happy with the kind of response the song is getting. But Sanju wants it to either go or be trimmed.”

The actor also supposedly argued that the music video doesn’t fit with Bhoomi‘s flow. Indeed, the starlet does land some provocative moves throughout the video, often gyrating her hips with the male dancers. Perhaps this has prompted Sanjay’s disappointment?

Despite the actor’s comments, this hasn’t deterred Sunny Leone fans from celebrating her ‘Trippy Trippy’ video. Instead, they continue to cheer on the star for her stunning performance.

We wonder if Sunny will soon respond to Sanjay’s comments. Time will tell.