Rapper Yo Yo Honey Singh has been charged for using a number of “vulgar” lyrics in his new song. Some of his lyrics from past songs have been controversial.

Yo Yo Honey Singh has been charged by the Punjab Police for using vulgar lyrics in his newest release ‘Makhna’. The rapper has been booked alongside music producer Bhushan Kumar.

They were booked following a complaint filed by the Punjab State Women’s Commission. The commission sought action against the rapper for allegedly using vulgar lyrics against women in the song.

The case was registered at the Mataur Police Station in Punjab’s Mohali district.

Senior Superintendent of Police Harcharan Singh Bhullar stated that Honey was booked under section 294 (punishment for obscene song and acts) and 509 (punishment for word, gesture or act intended to insult the modesty of a woman) of the Indian Penal Code.

He was also charged under section 67 (punishment for publishing or transmitting obscene material in electronic form) of the Information Technology Act of 2000 and relevant sections of the Indecent Representation of Women (Prohibition) Act of 1986.

She demanded that they take appropriate action against Honey Singh. 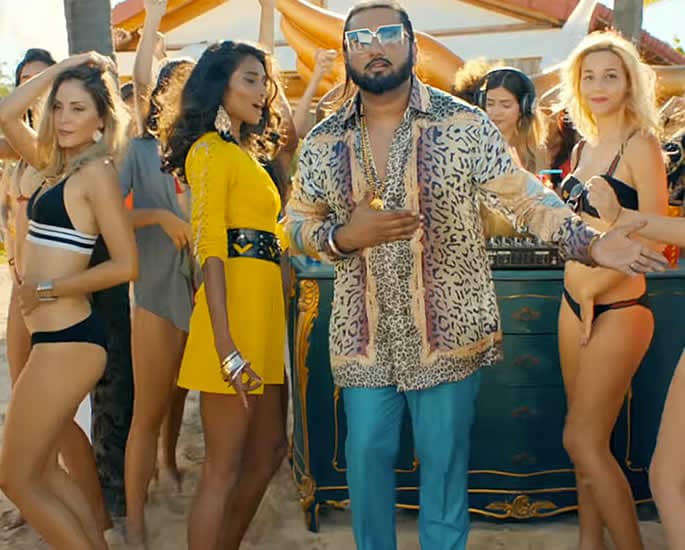 Gulati had said: “We have asked the police to register an FIR against the singer for using vulgar lyrics against women in his song Makhna.

“A legal action and an inquiry is required to be initiated by the police on the matter as the song readied by T-Series chairman Bhushan Kumar and singers Honey Singh and Neha Kakkar uses vulgar words against women.”

The women’s panel also requested that the police submit a status report on the matter by July 12, 2019.

Gulati had stated that the song should be banned in the state as it contains lyrics which objectify women.

Demanding a ban on the song, Gulati said it is “indecent and have a degrading influence on society”.

While the song’s lyrics have been deemed “controversial”, it has been a chart-topper and has won awards.

This is not the first time that Honey’s song lyrics have been embroiled in controversy. In 2013, he got in trouble over his song ‘Main hoon Balatkari’ which translates to ‘I am a rapist’.

His controversial lyrics have led to the Punjab and Haryana High Court ordering the Punjab government to file a case against the singer.

They have also said that singers like Honey Singh should be boycotted as “his songs make us hang our heads in shame”.

Dhiren is a journalism graduate with a passion for gaming, watching films and sports. He also enjoys cooking from time to time. His motto is to “Live life one day at a time.”
20 Best Songs by Rahat Fateh Ali Khan We Totally Love
Badshah beats BTS & Taylor Swift for Most YouTube Views in 24 Hours