"Only online petitions and protests will not help in convicting Honey Singh. An FIR will."

The FIR (First Information Report) is a written document prepared by police authorities when they receive information about the commission of a clearly identified offence. An FIR is an important document because it sets the process of criminal justice in motion.

Thakur’s complaint against Honey Singh resulted in the FIR being filed by Gomti Nagar police in Lucknow, India. The FIR was registered under sections 292, 293 and 294 of the IPC that relate to obscenity offences. 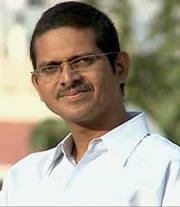 This is further to an online petition being published to stop Honey Singh performing at Bristol Hotel in Gurgaon, New Delhi, on New Year’s eve for a charity event related to the gang rape in New Delhi.

The petition was filed on Change.org by Kalpna Misra requesting people to sign it to ban Yo Yo Honey Singh from appearing at the hotel event. The complaint against the singer is related to songs that are on the Internet e.g. YouTube, but not officially released which portray women in a demeaning and sexually objective manner. The 2006 song called ‘Ch**t’ is the one that has been picked up by the petition as being grossly offensive. Although there are a number of songs released under the artist’s name.

“These pornographic lyrics are unacceptable and it is because of women-hating sentiments like these that men think that it’s fine to do what they did on that bus, that December night in Delhi.

Let’s put a stop to these subversive lyrics that infiltrate the minds of people who don’t know better and who then justify to themselves the rightness of a crime that harms another human being, sometimes so severely that they lose their lives.”

“The nation is outraged at the ease with which rape happens, at the unnecessary death of a young woman whose entire life lay before her. We know that these rapes occur because in the India of today rape is acceptable to many men.”

Social networking sites like Facebook and Twitter have been used for the outrage against the singer and social activists have used the petition as a catalyst to ban performances of the singer. 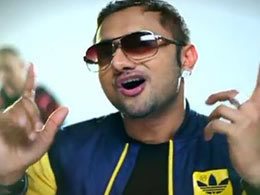 In the wake of the recent outrage against Delhi gangrape, a group of social activists have filed an online petition protesting against a performance of rapper Honey Singh, alleging his lyrics were offensive towards women.

Organiser of the event Shamshear Singh said that the event was organised to raise money for the girl who was gang-raped in New Delhi.”Honey Singh contacted us and said he was unable be attend and we do not know.” The performance went ahead without Honey Singh.

As for the FIR, Amitabh Thakur said: “The lyrics of his songs are vulgar and obscene. Only online petitions and protests will not help in convicting Honey Singh. An FIR will.” 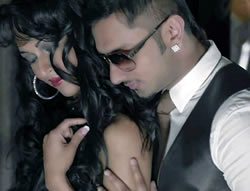 The singer feels he is being used as a scapegoat for recent events. He tweeted saying: “All this going on right now. They just needed an excuse and they’ve found one. CONGRATULATION!”

“Before you blame me, blame the government for not taking action against the rapists in the first place! Don’t use me as an excuse! #HoneySinghIsInnocent – trend if you’re with me! I’ve admitted that my past was a wrong choice, but now I deliver completely different music,” he added.

The Punjabi rapper and singer says he is a victim of a smear campaign by people who are jealous of his success. He said:

“They can’t bear to see a villager from Hoshiarpur like me become so successful. My fans know the truth. I’d never disrespect women. I have been brought up to treat women with courtesy and dignity.”

He also denies he has anything to with the songs on the Internet under his name. Especially, Ch**t (Pu**y) and Main Hun Balatkaria (I am a rapist). Reacting to the accusations Singh said: 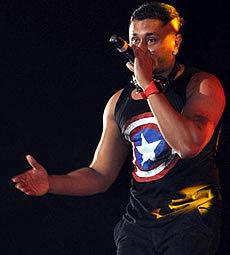 “I completely disown both these obscene numbers. I’ve nothing to do with them. My lawyers are trying to find out who’s doing this to malign me. I’m being targeted for a rape of another kind altogether. What is being done to me is among the lowest of violation of human dignity.”

Talking about his treatment in all this negative publicity, Honey Singh said: “Today when I see musicians sitting judgement over my music, asking for my ban, in panel discussions on television I feel sorry for them. I’m sorry to say they’re just exploiting the memory of the girl who was a victim of that heinous crime. My fans are with me. They believe in me. That’s all that matters.”

Many people and some from Bollywood on social network sites do not agree with the controversy surrounding Honey Singh.

Filmmaker Anurag Kashyap defended Singh, saying: “The country would like to believe that Honey Singh is the reason why rapes take place. Then let me raise my hand too. I did X-rated EAtyachar. And I will stand up and say… You don’t know what you are doing.. acting like a mob. Then everything that offends anyone should be banned.”

“If you believe Honey Singh is the reason behind the rapes? Let’s ban all kinds of American rap music too,” Nishtha said on Twitter.

Obscenity laws in India carry a punishment of three years in prison if the charged is found guilty. Therefore, if IPS officer Amitabh Thakur’s FIR is processed further then more will come of this case. Leaving Honey Singh’s lawyers to clear his name or accept any punishment that may follow.

Jas likes to keep in touch with the world of music and entertainment by writing about it. He does like hitting the gym too. His motto is 'The difference between the impossible and the possible lies in a person's determination.'
One Pound Fish Man being deported to Pakistan
Tribute to Sitar Maestro Ravi Shankar