A Pakistani bride has spoken about her ordeal of a sham marriage to a Chinese man. This is something that is prominent within Pakistan.

his friends and colleagues would misbehave with her.

Pakistani bride Iqra Saleem has opened up on her life married to a Chinese man, believing that he may have tried to lure her into prostitution.

She explained that he converted religion on February 7, 2019, and was given an official certificate but he chose not to change his name.

Iqra said that after the wedding, she went to live with her husband at a rented home in Lahore. However, eight Chinese men and three Pakistani women were already living there.

She said that the first few days were fine but her husband soon began abusing her.

He made her accompany him to events where his friends and colleagues would misbehave with her.

Iqra said that the men were waiting for the embassy to process her visa application so they could go to China.

After seeing that several Pakistani brides had been forced into prostitution by their Chinese husbands, she claimed to be ill and was eventually able to escape from the house.

Iqra’s life from an early age was difficult. She said that she was sent to an orphanage after her father left her mother.

Her husband later married another woman and kicked her out of the house. She moved back with her mother but the lack of income led to her brother abusing her. 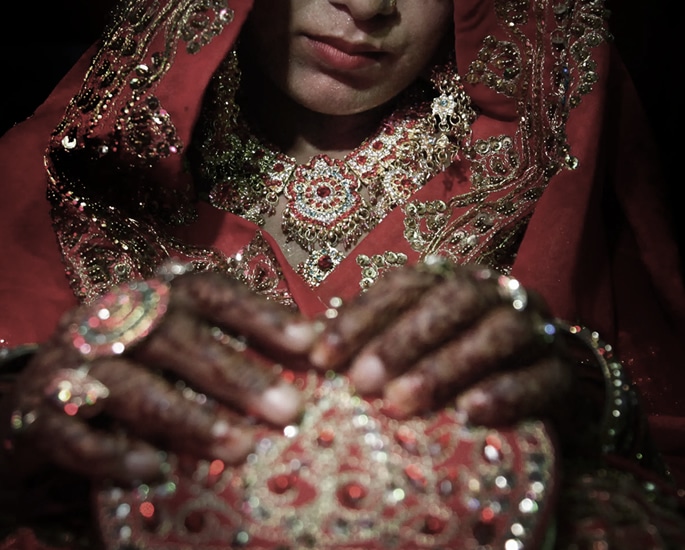 Iqra accepted a marriage proposal from a man from a “respectable” family and moved to Dubai to live with him.

However, he sold her to pimps and she was forced into a life of prostitution until an Indian man helped her get back to Pakistan.

She returned to her mother’s house in Lahore but soon found out that her mother had left the home.

Iqra then moved to Chiniot where she lived with a family she knew and started looking for a job.

A woman approached her with a proposal to marry a Chinese man but she said no.

She changed her mind after the family she lived with said that going to China would give her a chance to start a new life. 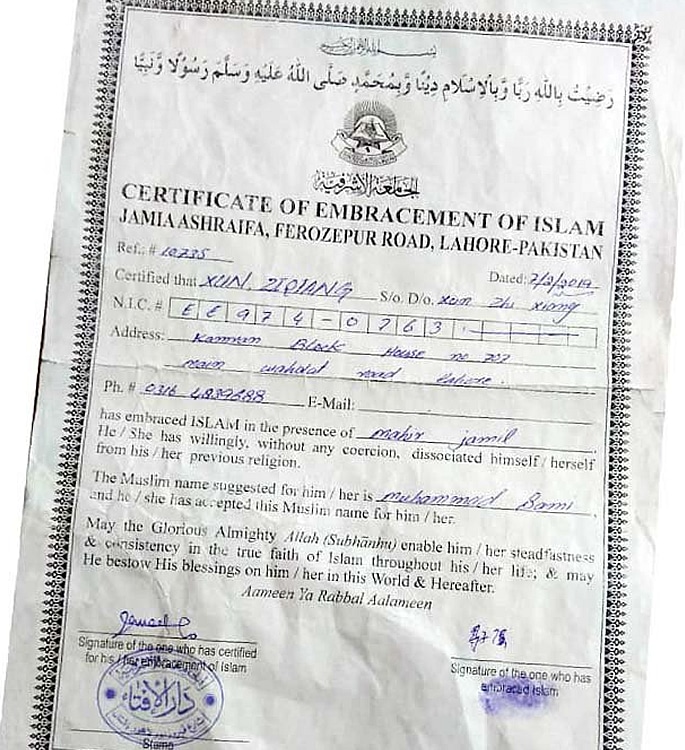 Xun soon came to the house and told Iqra that he converted religion and presented a certificate.

Iqra explained that the woman who approached her with the proposal was paid Rs. 50,000 (£260) while she was not paid.

The Pakistani bride moved back to her mother’s old home after she reported fake marriages between Chinese men and Pakistani women.

Her brother refused to financially support her and prohibited her from doing any work while living at their mother’s house.

Iqra claimed that it left her depressed and even attempted to commit suicide twice.

She told The Express Tribune that she is going to begin legal divorce proceedings soon.

She stated that Xun has been contacting her and demanding her to come. After her latest refusal, he made death threats.

Iqra claimed she went to the police station to file a complaint against her husband but she was not listened to.

The house in Lahore is now vacant. The owner of the house said that the Chinese men suddenly packed their belongings and left, even leaving some luggage behind.

The owner said: “They have not paid their remaining rent or even come to collect their luggage.”

Police in Pakistan are investigating sham marriage operations and dozens of Chinese nationals have been arrested.

As investigations continue, efforts are also being made to stop human traffickers from fooling people into bogus marriages.

Dhiren is a journalism graduate with a passion for gaming, watching films and sports. He also enjoys cooking from time to time. His motto is to “Live life one day at a time.”
Indian Air Hostess raped by fellow Airline Staff Member
Husband jailed for Stabbing Wife 38 Times to Kill Her