Husband jailed for Stabbing Wife 38 Times to Kill Her

A husband from Hull has been imprisoned for the murder of his wife. Mohammad Qoraishi stabbed Parwin Quriashi 38 times at their home in Maidstone.

"She had 38 stab wounds to her head, chest and thighs."

Qoraishi and the victim were cousins and had an arranged marriage in August 2018. He moved into her home five days before the attack.

The prosecutor Alexandra Healy explained that there had been tensions leading up to and following the marriage.

It was heard that Qoraishi hit his wife over the head with a frying pan before launching a “frenzied” attack with a kitchen knife.

He stabbed her in the head, neck, chest, thighs and abdomen. One wound to her neck was 6cm in depth.

Ms Healy said: “Parwin was just 19-years-old and was the victim of a ferocious and sustained attack in her own kitchen.

“She had 38 stab wounds to her head, chest and thighs.

“She had also been strangled and had been hit to the back of her head with a frying pan.”

Ms Healy added that some of the knife wounds could have been inflicted after Parwin was already dead. 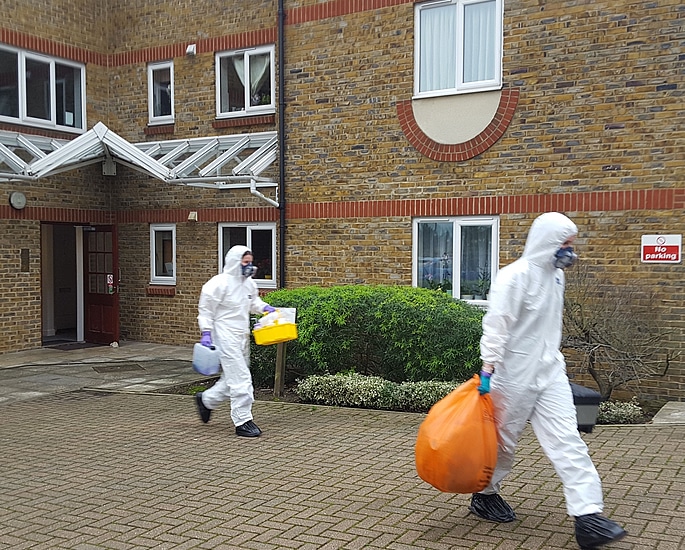 Following the attack, Qoraishi drove to the port in an attempt to flee, however, it was shut as it was Christmas Day.

Qoraishi was arrested at the wheel of his car wearing blood-stained clothes.

Parwin was discovered in the flat when neighbours became worried after hearing noises and a woman’s screams.

Qoraishi was questioned four times by police. He claimed Parwin’s father had threatened him.

During a hearing in May 2019, Qoraishi pleaded guilty when he was expected to enter a not guilty plea.

After private talks with his barrister, Qoraishi appeared at his hearing via prison video link and repeated:

Judge David Griffith-Jones QC told Qoraishi: “This was a senseless murder of your wife.

“Whilst I’m prepared to accept the murder was not premeditated but occurred in a fit of rage in which you snapped, it is clear that you knew what you were doing and your intention was to kill her.

“The inescapable fact is you performed these acts of utter barbarity and in the cold light of day you’ve had to face the enormity of what you’ve done.

“You inflicted upon her a catalogue of both blunt and sharp instrument injuries from which she sadly but inevitably died.”

“Given the extent and obvious ferocity of the attack and the injuries caused, there can be no doubt that your intention, whilst not premeditated… must have been to kill your wife.”

Defending Qoraishi was Bernard Tetlow QC who stated that the trigger for the attack was because of the arranged marriage.

He also explained that he was happy living in Hull and that Parwin’s father refused to let her move to Hull where her husband had a home and a job.

In a letter, Qoraishi said: “I am deeply ashamed about what I did and can only apologise from my heart and plead for forgiveness.”

Mohammad Qoraishi sat impassioned as he was jailed for life, to serve a minimum of 16 years and 82 days.

“This was an unprovoked and savage attack on a defenceless young woman.

“Her tragic death at the hands of her husband has left a family mourning her loss.

“Qoraishi fled the scene and was tracked down by officers near Dover.

“It is only right that he will now spend a considerable time in prison for this brutal crime.”

Dhiren is a journalism graduate with a passion for gaming, watching films and sports. He also enjoys cooking from time to time. His motto is to “Live life one day at a time.”
Pakistani Bride reveals Ordeal of Sham Marriage to Chinese Man
Ex-Lover of Woman tried to Blame Husband for ‘Train Bomb’