Madni Ahmed has sentenced to life in prison after stabbing an elderly woman to death 29 times and attempting to murder her grandson.

"The attacks were ferocious, you stabbed both multiple times."

Madni Ahmed, aged 20, of Stoke-on-Trent, has been jailed for life on Friday, January 11, 2019, at Birmingham Crown Court after stabbing an elderly woman 29 times.

He is to serve a minimum of 36 years as a result of the attack. He also stabbed the woman’s grandson 15 times which left him with life-changing injuries.

It was heard that on the morning of July 12, 2018, Ahmed entered the home of the victims in Small Heath, Birmingham, after discovering the door was unlocked.

Upon entering the home, he attacked Faizaan Javed, aged 18, with a 12-inch knife as he slept.

Riasat Bi, aged 86, went to her grandson’s aid after he was stabbed in the back 15 times. Ahmed then attacked the woman and left her to die having suffered 29 stab wounds.

The court heard that Ahmed had stabbed her with such force that some wounds almost penetrated her entire body.

After the double attack, Ahmed was confronted by another grandson after hearing the screams. 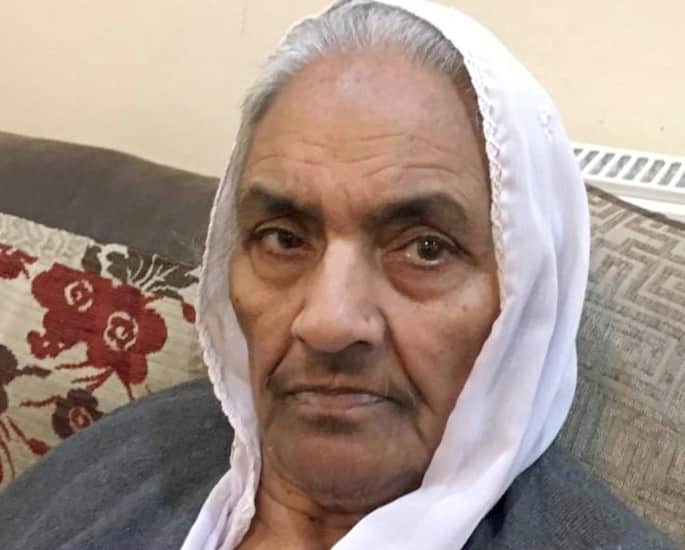 He ordered Ahmed to leave before grabbing a knife in self-defence. This resulted in a scuffle where Ahmed received a slash wound to his arm.

Ahmed then fled the house through the attic window and dumped the knife in the roof guttering before jumping into a neighbour’s garden.

His blood was later found on fence panels as he went into a neighbour’s house and grabbed another knife.

After he got rid of his blood-stained clothes, Ahmed called a taxi to take him to a hostel in Newtown. Ahmed was arrested at a hospital in Stoke-on-Trent after detectives traced his phone.

Riasat died from her injuries. Faizaan survived the attack but was left paralysed and is wheelchair-bound of life after part of his spine was severed during the attack.

When questioned, Ahmed claimed that he was looking for someone else. It was discovered that person may have been Islam Javed, the brother of Faizaan, who Ahmed believed had stolen money from him.

He had ordered a haul of knives off the internet using his brother’s ID before travelling from his home in Stoke-on-Trent to Birmingham where he checked into a hostel.

Although he pleaded not guilty, Ahmed was found guilty of murder, attempted murder, wounding with intent, possessing an offensive weapon and affray following the four day trial at Birmingham Crown Court.

Judge Mark Wall sentenced Madni Ahmed to life in prison and told him he must serve a minimum of 36 years. He said:

“You have never admitted what you have done. The attacks were ferocious, you stabbed both multiple times.

“Each of your victims was vulnerable. Riasat Bi was elderly and Faizaan was utterly defenceless. You made a determined effort to end the life of Faizaan.

“The family will have to live the rest of their lives with a daily reminder of your callous brutality. It was premeditated.”

As the sentence was read out to the smirking Ahmed, the two families began shouting at each other. This led to some members being removed from the public gallery. 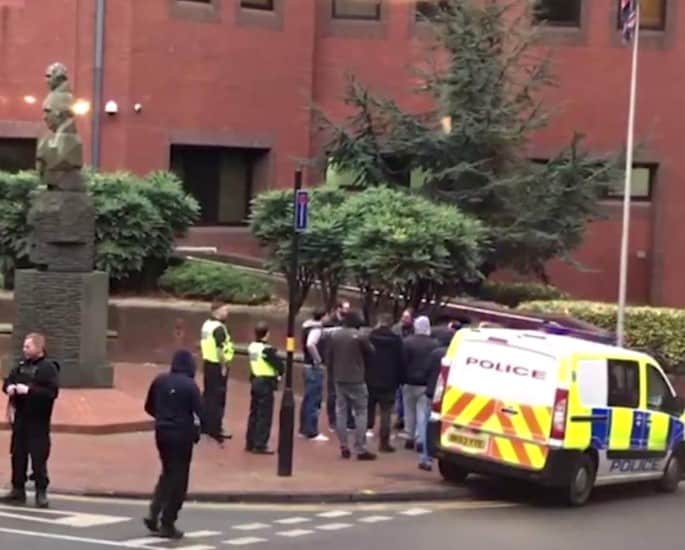 The shouting continued outside and both plainclothes and uniformed officers broke up the group.

Detective Inspector Harry Harrison described the incident as “a horrifying attack on a defenceless elderly lady.”

“This was a pre-meditated attack, with Ahmed intent on killing someone that day by taking a knife to the home of an elderly lady.”

After the sentencing Jason Corden-Brown, of the CPS, said:

“This was a brutal attack where the offender stabbed both victims numerous times with a large blade measuring 12 inches.

“The CPS presented such a strong case of witness, forensic and CCTV evidence that despite pleading not guilty Ahmed never put forward a defence and never gave evidence.

“This has exacerbated the effect on the Javed family who have lost their grandmother in this horrific attack and Faizaan Javed who will never be able to walk again. Our thoughts today are with the family.”

Dhiren is a journalism graduate with a passion for gaming, watching films and sports. He also enjoys cooking from time to time. His motto is to “Live life one day at a time.”
Fake Uber Driver jailed for Kidnapping and Raping Woman
Dangerous Driver jailed for Causing Death of Elderly Man