A Pakistani taxi driver has been sentenced to 18 months in prison with his ‘wife’, after their marriage was discovered to be a sham. DESIblitz reports.

“A relatively small payment would procure an advantage that he could not otherwise obtain.”

A Pakistani taxi driver in Sheffield and his partner have been jailed for 18 months for entering into a sham marriage.

A jury at Sheffield Crown Court heard how Gul Khatab paid Tracy Coulstock £7,000 to marry him in February 2010.

Their registration took place at Tracy’s home in Hatfield, two months before his right to remain in the UK expired.

Afterwards, they carried on with their separate lives in Sheffield and Hatfield – 150 miles apart.

In addition to the £7,000, Gul also paid into Tracy’s account on several occasions and contributed towards her utility bills and council tax.

Prosecutor James Gelsthorpe said: “These were instalments designed to incentivise and reward her for her ongoing participation in the long process of getting Gul Khatab permanent residency.” 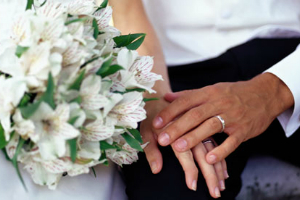 Gul’s defence, however, argued the Pakistan native had merely employed an inappropriate means for a good cause.

Gul, who came to study in the UK in October 2005, was described by his defence lawyer as ‘a good citizen, working hard, paying tax – not a burden on society’.

His defence said: “This was a man seeking to remain in the UK, but for the purpose of bettering himself. Someone who wanted to be here so that he could work.”

The court also heard how Gul chose to abandon his luxurious and comfortable lifestyle in Pakistan to live and work in the UK.

His father is reportedly a property dealer in Pakistan, who owns a 14-bedroom house and is served by a maid and three chauffeurs.

Gelsthorpe also accused Tracy, 12 years his senior, for her greed for money.

He said: “[She] was prepared, for the promise of money, to marry a man she didn’t know, a man who lived in a different part of the country to her.

“Prepared, for money, to go through the pretence of a marriage and take steps to hoodwink the authorities into thinking that their relationship was a genuine one.”

The accused were originally believed to be linked with a previous case that was also tried in Sheffield.

In December 2014, four Asians were jailed for arranging sham marriages to help Pakistani men obtain the right to remain in the UK.

But the court later dismissed the theory and deliberated their case separately, possibly based on how the couple had genuinely met through Gul’s cousin.

Judge Mark Gargan said: “For her, it was an opportunity for easy money…for him, a relatively small payment to her would procure an advantage for him that he may not otherwise have been able to obtain.”

Sham marriages in the UK and wider Europe are becoming the centre of media attention. Arranged between Asian men and European women, these marriages allow the men to enter and settle in Europe.

Though they would gain a lucrative sum in return, the women would often become victims of domestic abuse.

Klara Balogova from Slovakia said of her Pakistani husband: “He didn’t let me out at any time. He told me it was not possible to go out there.”

Gul Khatab and his partner Tracy Coulstock will serve 18 months in jail. Gul is expected to be deported to Pakistan upon completion of his prison sentence.