Is Bollywood Demand Declining for other Cinema?

Research reveals that Bollywood demand is declining. DESIblitz explores why and what can be done to save the Bollywood film industry.

"That has driven half the people out of theatres"

For those who love to indulge in a favourite Bollywood film, it may be surprising to hear that Bollywood demand is declining.

Bollywood is a massive part of South Asian culture. Fans adore the actors, songs and dances. It also contributes greatly to the Indian economy, from box office revenues to tourism.

Bollywood is competing against the USA and China to produce the most popular films that will fill cinema screens.

Despite being the world’s largest producer of films, the Indian film industry faces numerous challenges.

Extensive research has been conducted into the reasons for this decline. The Journal of Cultural Economics features an impressive report by Sayantan Ghosh Dastidar and Caroline Elliott, for example. 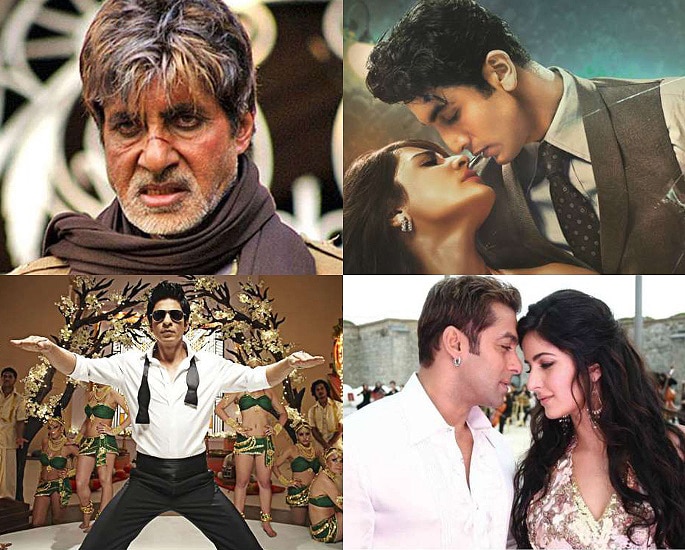 State of the art technology, celebrity actors, and famous directors. These are all signs of a high-budget film.

A research report published by the Journal of Cultural Economics explains that a key reason why Bollywood demand is declining is due to the film budget.

The authors of this research, Dastidar and Elliott (2019), uncovered that big-budget films are more popular in India.

They explain that consumers cannot really know the quality of a film before watching it themselves.

Consequently, the film producers must prove to the public that the film is of good quality and worthy of a ticket purchase.

One way to do this is by having a big budget and making this big-budget known to the public.

High budgets show potential audiences that production companies are willing to invest in the film.

One way to show that a film has a high budget is by casting A-list film stars. Potential viewers will be excited to see their favourite actors in film trailers, for example.

The report explains that the official film budget can also be published online.

The authors found a high budget to be the best indicator of Bollywood film success.

However, the budget of Bollywood films are typically low when compared to films produced in Hollywood.

As aforementioned, India is the largest producer of films in the world, and film production in India has nearly doubled since 2005.

Most recent data from UNESCO (United Nations Educational, Scientific and Cultural Organization) shows that in 2016 India produced 2000 films. In that year China produced 853 and the U.S. produced 656.

Dastidar and Elliott’s research report suggests that the Bollywood film industry may be producing too many films.

This is because there are not sufficient financial means to make them all big budget, which would make them more successful. 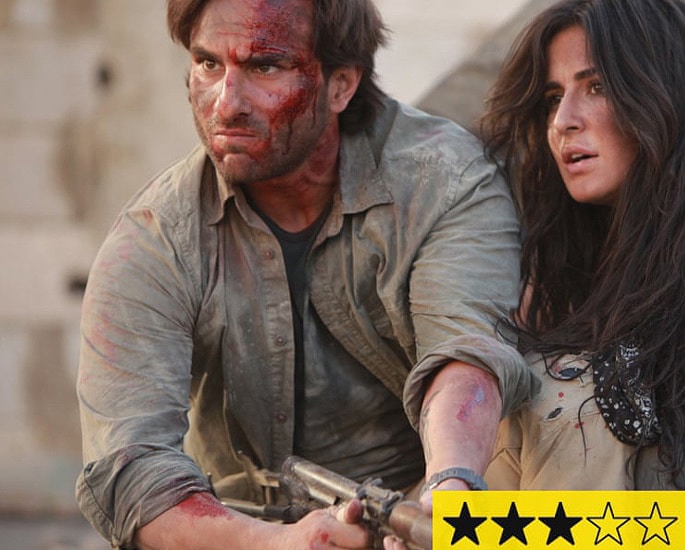 As soon as Bollywood lovers hear of a new film release, they are likely to Google it.

This is because potential audiences want to know if the film is worth their time and money. The easiest way to do this is by reading online reviews of the film.

Websites like imdb.com make it easy to view film ratings and reviews. These reviews are made by the general public.

The aforementioned report by Dastidar and Elliott (2019) explained that reviews made by the general public are actually more popular than those made by film critics.

Their research found that there is a direct link between positive online reviews and high box office revenue.

In other words, the higher the average rating of a Bollywood film on IMDb, the higher its revenue.

If poor reviews are the reason for Bollywood demand declining, it is very important for a Bollywood film to have a positive rating online.

The focus should also be made on marketing techniques that improve online ratings of Bollywood films. For example, gaining a positive review from a blogger or company with a large online following. 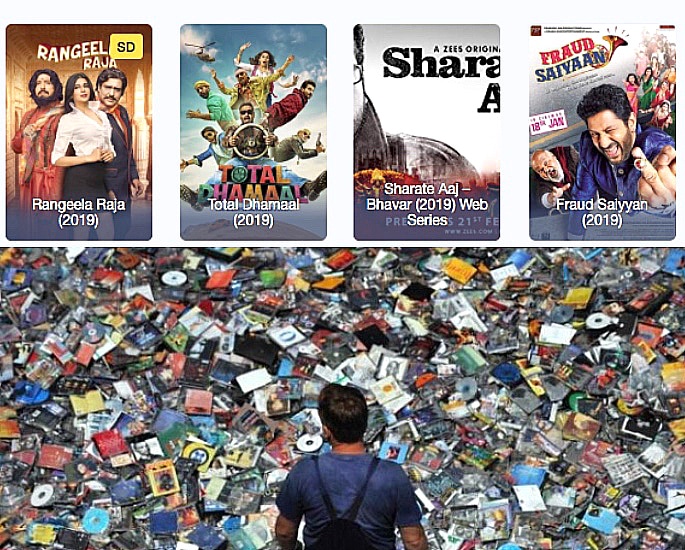 Piracy is a major issue resulting in the demand for Bollywood declining.

Piracy is when the film is recorded and reproduced without authorisation.

This put India in the top 3 countries conducting piracy, with the U.S. and Russia in first and second place.

Dastidar and Elliott explain that piracy is a massive problem for the Bollywood industry because it significantly limits its revenue. This also means that the film producers have less money to invest in new films.

To ensure the future of Bollywood, piracy needs to be prevented.

To reduce piracy, effective laws and policies need to be created.

In addition to this, legal streaming websites must be competitive. They must ensure that their content is of better quality and easier to access than illegal versions.

The research by Dastidar and Elliott state that there is another way to reduce piracy. This is by creating more ‘enhanced format’ films in 3D or IMAX format.

This reduces piracy because pirated versions, shown on a computer monitor or television, are less impressive.

The researchers explain that the issue with creating more ‘enhanced format’ films, however, is that they are more expensive. 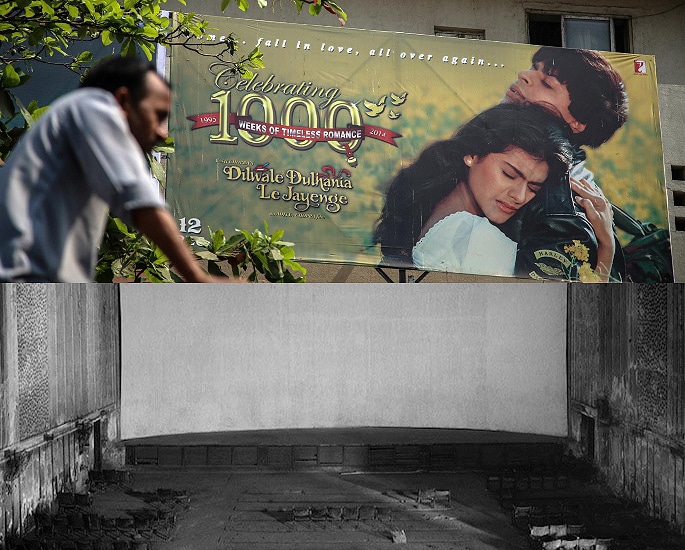 The issue of cinema ticket prices in India is difficult and debated.

The challenge is finding a price that is high enough to make up for the costs of production and cinema building maintenance.

At the same time, the ticket price must not be too expensive. If they are, large portions of the Indian population will consider them out of their budget and cinema attendance will decrease.

This point has been made clear by Ajit Andhare, the chief operating officer of Viacom 18 Motion Pictures. He explains:

“The only way growth is happening is through rising ticket prices, but that has driven half the people out of theatres.”

Before online streaming was so popular, the single-screen cinema theatres in India were hugely successful.

In Mumbai, the Bollywood capital, you can find bus stops named after famous cinema halls. Due to lack of demand, however, those cinema halls no longer exist.

To give an idea of how popular cinema halls were in the past, there is a famous story of Niranjan Patwardhan.

In a BBC article, they recounted that many years ago Patwardhan was rushing for a film screening in Mumbai.

On his way to the theatre, he broke his arm, and instead of going to the hospital, he continued to watch the film.

This man was just one of the thousands of Indians who would regularly attend cinema screenings.

The single-screen rooms could fit a thousand viewers, and the ticket prices were cheap, so it was a popular family outing.

Today, however, multiplex cinemas are reducing the demand for these single-screen cinema halls.

The issue with multiplex cinemas, however, is that many consider the ticket prices to be too expensive.

The dramatic closing of so many cinemas in India has inspired photographers like Nandita Raman. She created a photo exhibition of abandoned cinemas across India.

Her project is titled “Cinema Play House” and one of her photos shows an empty and desolate single-screen cinema hall.

To stop Bollywood demand declining, careful calculation needs to be made regarding cinema ticket prices in India.

Cinemas also need to be adaptable to the changing market of cinema-goers. Cinema-goers who want convenience and luxury but not at too high a cost. 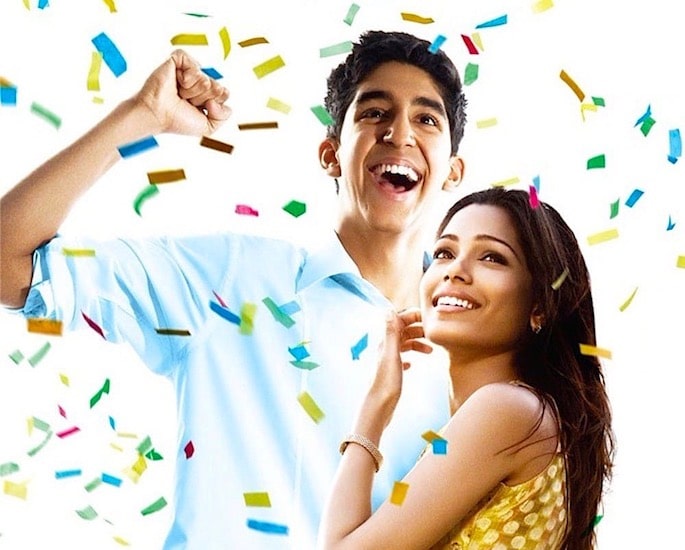 An issue facing the Bollywood film industry is that many of the films produced are not universal.

To prevent Bollywood demand declining, the films must appeal to as many people as possible.

If the film is only produced in one language, it can only be consumed by the group of people who speak that language.

If the films are subtitled or dubbed, however,  they can be enjoyed by a larger audience.

This is one of the reasons why films like Slumdog Millionaire (2008) were so popular outside of South Asia.

For Indian audiences, dubbing and subtitling are particularly important. This is because there are multiple widely-spoken languages in India.

There are two challenges for dubbing and subtitling in India. Firstly, there is no universal language in India. This means that multiple forms of subtitling and dubbing would need to be created.

As stated by researchers Dastidar and Elliott:

“The lack of a common language immediately limits the appeal of films to some Indian audiences […] Nevertheless, revenues are made from dubbing films into alternative local languages”

The second challenge arises from the nature of Bollywood films.

This is because Bollywood films often consist of numerous songs and dances which lose their magic when dubbed.

With films that are less focused on songs and more focused on action, for example, this is less of an issue.

This is one of the reasons why action films from the Chinese film industry are so successful.

The report by Ghosh Dastidar and Elliott found that the most popular Bollywood films were comedy films.

Consequently, focus should be spent on creating comedy films that can be dubbed or subtitled without losing quality in the process.

This would increase their revenue, as more people would be able to watch them.

For Bollywood lovers, the declining demand for these beloved films is saddening.

It is also bad news for the Indian economy at large, as Bollywood films are a major contributor to India’s economy

DESIblitz has researched the issue and found some potential solutions. If these are implemented then there is hope that Bollywood demand can be saved.

To read the report by Dastidar and Elliott in full, click here.