Darling of India, Aishwarya Rai celebrated her 42nd birthday on November 1, 2015. The Bollywood actress, who recently returned to cinema, has never looked a day older, we look back at some of her career highlights.

[The film] invariably made her an overnight success in Bollywood.

Aishwarya Rai Bachchan, the Queen of Indian hearts turns 42. The actress is a national treasure of India, recognised for her incredible talent on-screen and humanitarian work off-screen.

Born in Mangalore in 1973, her father is a retired marine biologist and her mother is a writer. She also has an older brother called Aditya.

The green-eyed beauty notably wanted to be an architect growing up. Showbiz began calling however after Ash won Miss World in 1994, and she left university to go into acting.

Her first film was in 1997, a Tamil film called Iruvar directed by Mani Ratnam. The political biopic was a critical success. She also starred in her first Bollywood flick Aur Pyaar Ho Gaya, where she won a Screen Award for ‘Most Promising Newcomer Female’. 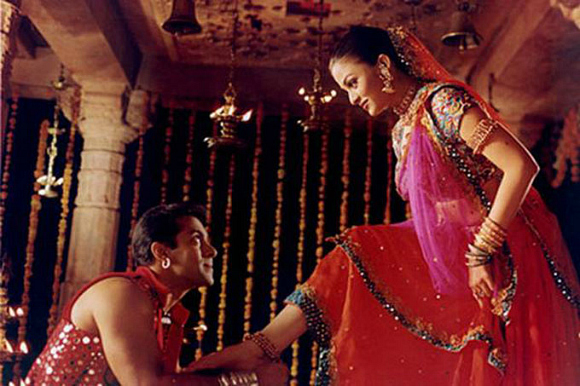 Arguably it was her 1999 film, Hum Dil De Chuke Sanam, which invariably made her an overnight success in Bollywood.

Directed by Sanjay Leela Bhansali, Ash won her first Filmfare for ‘Best Actress’. The buzz around the film was intensified when Ash met Salman Khan and it was love at first sight for the two.

Media frenzy surrounding the couple was huge, particularly as they very open about their relationship. Sadly, it only lasted two years and Ash later claimed that Salman was aggressive. The two split bitterly, and still avoid each other to this day.

As well as being a stunning actress on-screen, dancing is also one of Aishwarya’s biggest assets. In 1999, she starred in Subhash Ghai’s musical, Taal.

The blockbuster was popular for its incredible soundtrack by A R Rahman, and some of Ash’s highlight performances include ‘Taal Se Taal’ and ‘Ramta Jogi’. 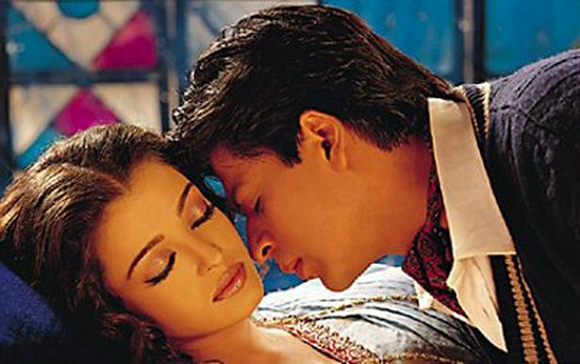 In 2000, the actress joined forces with another Khan, Shahrukh and the two starred together in Josh and Mohabbatein.

Khan brought Ash even more success in 2002 with Devdas, directed by Sanjay Leela Bhansali, which received critical acclaim all over the world. Ash won the ‘Best Actress’ Filmfare, IIFA and Star Screen Award.

At this point, the actress was a popular face at Cannes Film Festival and also became the face of L’Oreal and has been ever since.

Her popularity at this time was an all time high, and Ash was named one of Time’s Most Influential People, lending her face for the cover. She was even the first Indian actress to appear on The Oprah Winfrey Show. 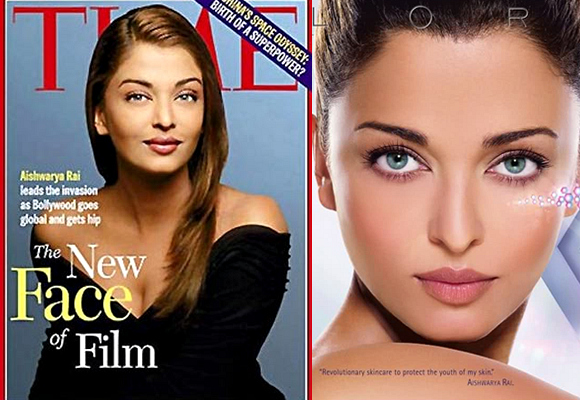 In 2004, she also became the first Bollywood actress to have a wax figure at London’s Madame Tussaud’s. She even had a Tulip named after her in the Netherlands!

Toy manufacturing company, Mattel even released a limited edition of the ‘Paro’ Barbie in the UK after the success of Devdas.

At this point Ash expanded her horizons outside of Indian cinema and starred in Gurinder Chadha’s British Asian film, Bride and Prejudice, which opened doors for the actress in the West.

At the time she was dating Bollywood newbie Vivek Oberoi, who was madly in love with her. Sadly, she later ended the relationship leaving him devastated. 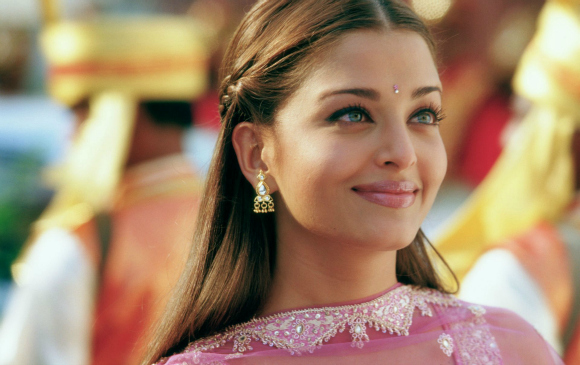 Alongside a string of other projects, Ash also starred in a remake of Umrao Jaan in 2006. The film flopped at the Box Office, but Ash’s beauty stole hearts, particularly co-stars Abhishek’s who later became Ash’s husband.

The action franchise Dhoom 2 saw Ash shed some pounds and show off a killer body opposite Hrithik Roshan, before shooting Guru with Abhishek.

It was in Canada after the premiere of Guru that Abhishek proposed, and the stunning Ash happily said yes.

The couple were married in 2007, but while it was an extravagant affair, not many from Bollywood were invited, save a few close friends. 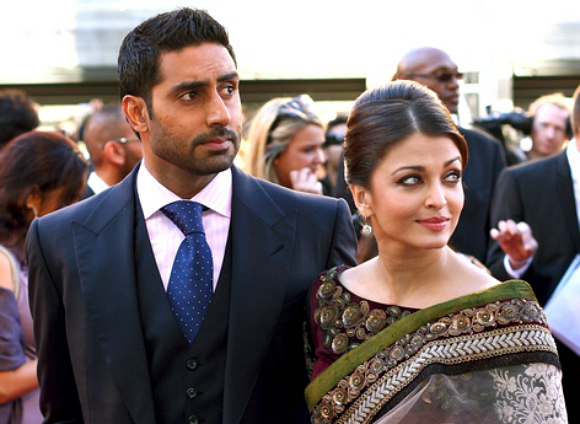 In 2009, Ash was awarded the Padma Shri by the Indian government for her services to entertainment. Post marriage, Ash starred in Jodhaa Akbar (2008), the Hollywood flick The Pink Panther (2009) and Guzaarish (2010).

Ash was due to star in Madhur Bhandarkar’s Heroine but Ash had to leave after she became pregnant. The director then dropped her and replaced her with Kareena Kapoor.

In 2011, Ash gave birth to daughter Aradhya, and noticeably took a break from acting to be a full-time mother. The actress was constantly in the press for her notable weight gain post-pregnancy, but that didn’t shake Ash who continued to appear at Cannes and other public events.

In 2012 she also turned more towards her humanitarian commitments, becoming a Goodwill Ambassador for the United Nations programme on AIDS. She was also honoured by the Government of France and received the ‘Ordre des Arts et des Lettres’. 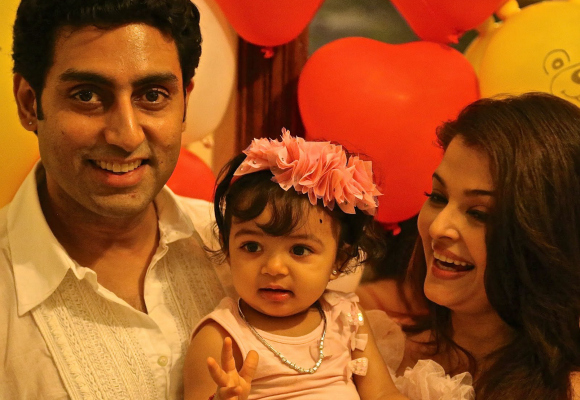 She was also interview by British journalist Sir David Frost and spoke candidly about her career and personal life. She even introduced Frost to Indian cuisine at a restaurant.

In 2015, Ash returned to our screens with Sanjay Gupta’s Jazbaa. The actress is currently shooting with Karan Johar for upcoming Ae Dil Hai Mushkil (2016).

She is also expected in Omung Kumar’s biopic of Sarabjit Singh, an Indian prisoner who died in a Pakistani jail in 2013.

Ash who is currently shooting in London celebrated a low-key birthday with husband Abhishek and 3-year-old Aaradhya. Aaradhya apparently wrote a poem for her mother as well making a birthday card with her father’s help.

Birthday wishes for the actress have been pouring in from the Twitter world including Hollywood actress Jane Fonda:

The lovely @Janefonda sends a very special message and a ? for Aishwarya Rai Bachchan! ???? #HappyBirthdayAishwarya pic.twitter.com/WtmUOWMCWg

It's been absolutely wonderful working with her!!! Happy birthday to the stunning Aishwariya…. pic.twitter.com/SUCi8sdW2z

With a hugely successful career, beautiful family and the whole world at her feet, there is nothing this inspiring woman cannot achieve.