In a planned event, numerous Indian women came out in Kerala to show their support for the Iranian Mahsa Amini protests by burning the hijab.

“We later burnt the hijab in a symbolic protest”

On Sunday, November 6, 2022, Indian women from different faiths in Kerala set fire to their hijabs.

The planned event took place in solidarity with the anti-hijab movement in Iran following the death of Mahsa Amini.

The controversial incident took place during a seminar titled, “Fanos-Science and Free thinking” – organised by the rationalist and humanist group, Kerala Yukhthivadi Sangham.

In a video circulating online, six women from the group are seen setting a hijab alight.

While members of the group burned their hijabs, male and female activists in the video hoisted slogans on placards in solidarity with the women protesting against the enforcement of a compulsory hijab in Iran.

Among the various organisers of the event was a retired teacher named M. Fausia.

Fausia explained the reasons for the Kerala Yukhthivadi Sangham organisation demonstrating their support for Iran:

“We held a day-long seminar on Sunday and paid rich tributes to Mahsa Amini, who was tortured to death by the morality police in Tehran two months back.

“We later burnt the hijab in a symbolic protest.”

Fausia further shared that more than 50 women attended the seminar and had a productive discussion on the matter:

“In a modern world, there is no place for such rigid practices. Nobody can force women to wear hijab.

“Orthodoxy and superstition are on the rise in the society.”

She concluded that the group will organise a similar event in Malappuram in December 2022.

Watch the Kerala women burn the hijab to show their support: 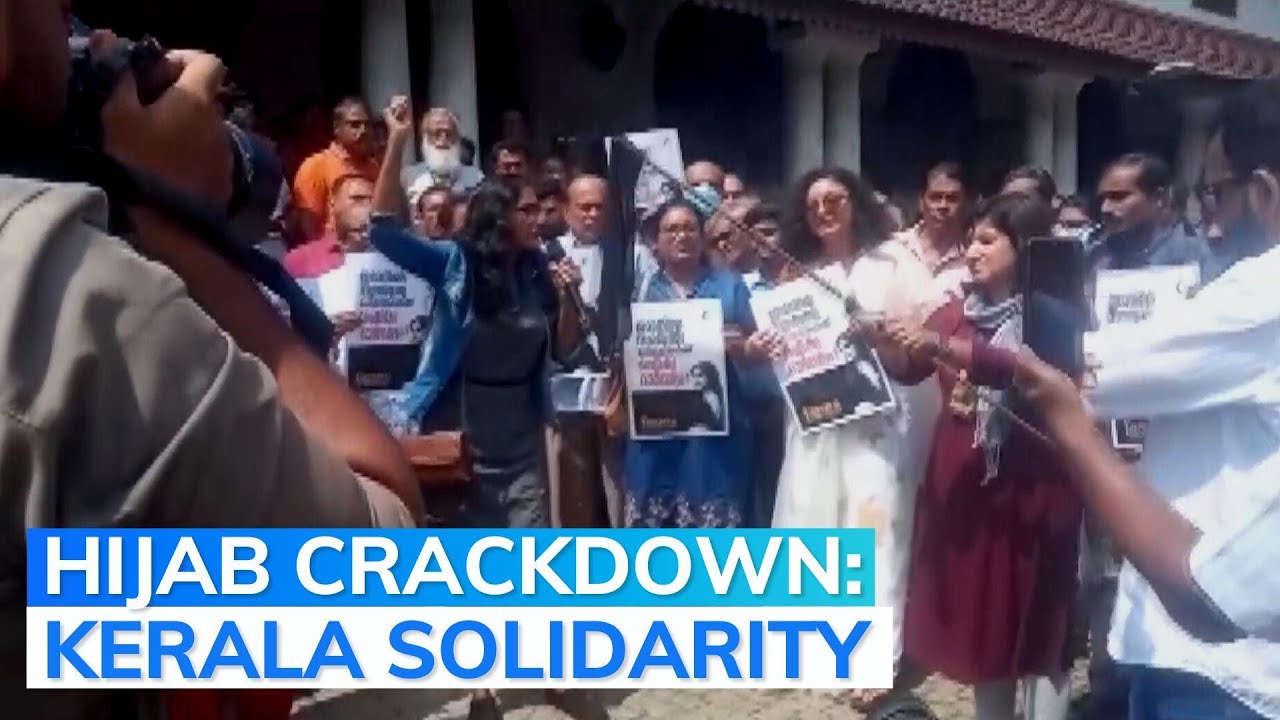 Additionally, the atheist leader of the group, EA Jabbar shared her views:

“We have to oppose such customs in all religions.

“It is sad that despite progress in education and social sectors, incidents such as ritualistic human sacrifices take place in the state.”

In a controversial end to her speech, Jabbar explained that adopting atheism should be an outcome of such protests:

“We need free thought and atheism to come out of such rigors.”

This is the first such incident of hijab burning reported in India.

Mahsa Amini, aged 22, was arrested by Iran’s morality police on charges of not wearing the hijab properly, later dying under suspicious circumstances on September 16, 2022.

The Iranian government explained Mahsa Amini’s death as the result of a heart attack.

However, protestors took to the streets, alleging she was tortured to death by officials in the country.

The incident sparked a series of protests and riots globally, claiming hundreds of lives in Iran and many other injuries across the world.