An Indian woman is defying conventional beauty standards by sporting a moustache and states that she “can’t imagine living” without it.

"I can't imagine living without it now."

An Indian woman has received a lot of attention for her moustache but she says she is unfazed by all the interest.

Shyja is often asked why she sports a moustache.

Shyja lives in the Kannur district of Kerala and for years, she had wisps of facial hair above her lip.

She would regularly get her eyebrows threaded but Shyja explained that she never felt the need to remove the hair above her upper lip.

In 2017, it began to thicken into a visible moustache and Shyja decided to keep it.

She said: “I can’t imagine living without it now.

“When the Covid pandemic started, I disliked wearing a mask all the time because it covered my face.”

Many people urged her to get rid of her facial hair but Shyja refused.

“I’ve never felt that I’m not beautiful because I have this or that it’s something I shouldn’t have.”

For Shyja, having a moustache is not about making a statement, it is part of who she is.

She stated: “I just do what I like. If I had two lives, maybe I’d live one for others.”

Her attitude partly comes from having battled health problems for years. She has gone through six surgeries, including one to remove a lump in her breast and a hysterectomy.

Shyja continued: “Each time I came out of surgery, I would hope that I never had to go back into an operation theatre again.”

Overcoming multiple health issues only strengthened Shyja’s belief that she should live her life in a way that makes her happy.

She says she was a shy child while growing up. Women in her village would barely be seen outside the house after 6 pm in the evening.

After getting married and moving to Tamil Nadu, Shyja says she found a new kind of freedom.

“My husband would go to work and return late.

“So I would sit outside the house in the evening, sometimes I’d walk to the store alone at night if I needed something. No one cared.

“As I learnt to do things on my own, it built my confidence.”

Shyja added that she is trying to pass on this attitude to her teenage daughter. 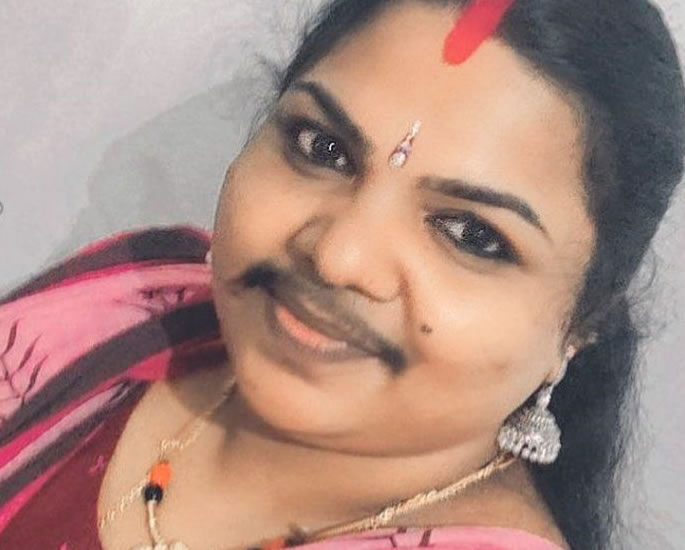 Shyja’s family and friends have been supportive of her moustache. Her daughter often tells her it looks good on her.

But people who see her in the street make remarks.

“People make fun of me saying, ‘it’s men who have moustaches, why would a woman have one?'”

She says recently, she saw several mocking comments on an article on her.

One person asked why she could not shave her moustache when it was evident that her eyebrows had been threaded.

Shyja asked: “But isn’t that about what I like – what to keep and what not to?”

Her friends often furiously reply to the hateful comments but Shyja said it does not bother her.

She added: “In fact, sometimes I look them up to laugh at them.”

Dhiren is a journalism graduate with a passion for gaming, watching films and sports. He also enjoys cooking from time to time. His motto is to “Live life one day at a time.”
10 Best Ways to Reduce Hair Loss in Men
5 Best Makeup Palettes for Desi Women