Sima Taparia, star of Netflix’s Indian Matchmaking, revealed her top tips when it comes to finding a life partner.

"That's my advice to all youngsters."

Known for her hard-hitting opinions on what it takes to find the right life partner, Sima is the star of the show.

She works with clients to help them find suitable matches.

Season two saw a number of new clients as well as familiar faces that were seen in the first season.

On the toughness of matchmaking, Sima revealed what keeps her going:

“For me this is a service to the community and society. When a match is made, I get blessings. For me, they are more important than money.

“Every work is tough; tell me which work is easy? But you still do it. I started this work because I have the unique ability to talk to people, understand them, be social and correct them. You cannot satisfy everybody.

“That’s why I say that even if 60-70 per cent of your criteria are met then great because even a multimillionaire doesn’t get 100 per cent.

When it comes to finding a life partner, here are some of Sima’s top tips. 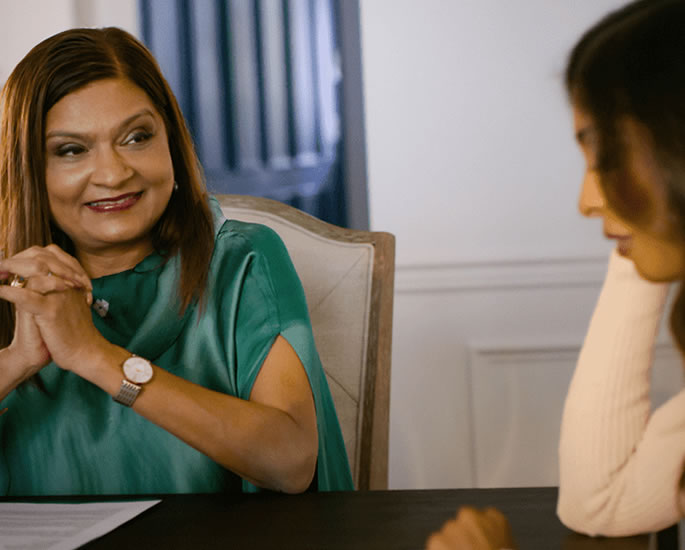 One principle in Sima’s method, and potentially her way to guarantee success, is to make compromises.

Once her clients have given her their lists of what they are looking for in a partner, she tells them they should be happy to settle for less.

“[If] you can dilute your criteria by 60 to 70 per cent, that will be good. It’s not realistic that you must get all the things.” 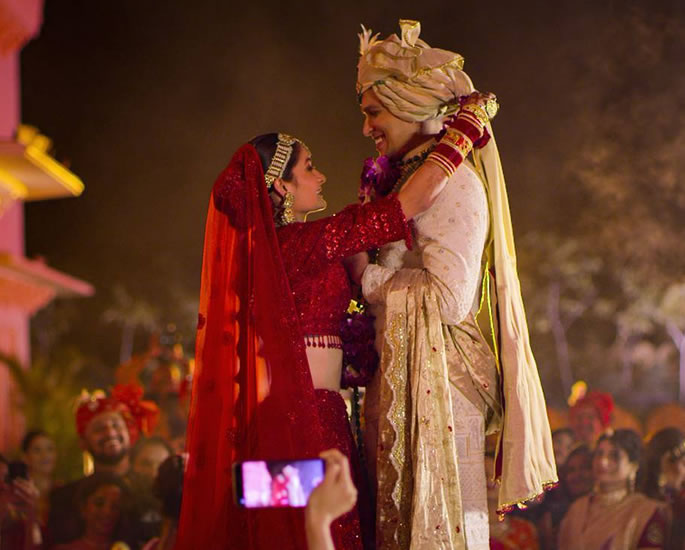 According to the matchmaker, everything gets “adjusted” after marriage and that is the beauty of arranged marriages.

She explains: “You have to adjust a little, then life becomes beautiful and smooth.

“That’s my advice to all youngsters.”

On what is set to come, Sima added:

“No matter how many successful matches I make, matchmaking is a job that will never be finished.”

Put in the Effort & Destiny does the Rest 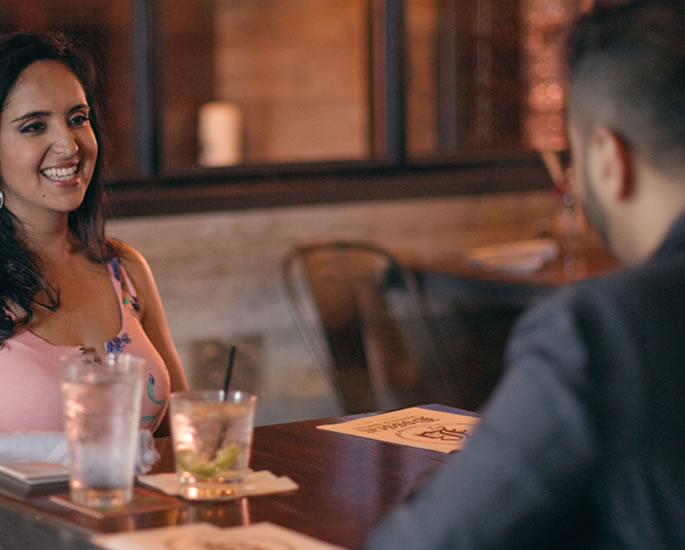 In season two, Sima met with new client Akshay, who is unable to find a partner willing to move with him to his chicken factory in Nashik.

She advised him to put in the work before saying:

“Even if he was Nick Jonas, I do not think Priyanka would shift to his chicken factory.”

Sima explains that effort is involved but it takes time. The rest is fate.

Although season one ended without any matches, season two began with a wedding for a match that was arranged by Sima.

She said: “We have shown this is the process of matchmaking.

“In real life, I work for two years for one client and still they’re not getting married. Why? Everything is destiny.”

“How can I expect in five months you want a success story in season one? How can we expect that?

“Netflix has shown what is Indian matchmaking, that’s all.” 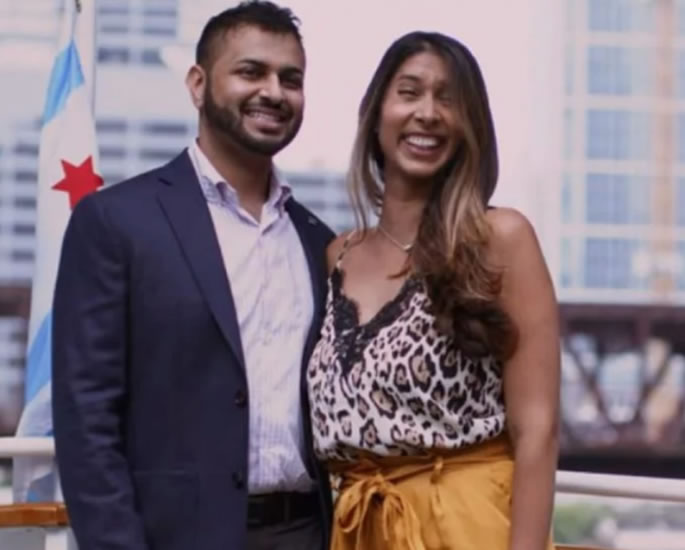 Sima is not a fan of waiting around and in season two, she showed it.

While speaking to client Nadia, who becomes attracted to Shekhar but is unable to commit, Sima urges her to move things along.

Sima told her: “Talking and hanging for months and months, there is no point. Both of you are wasting your time.”

Age Gap cannot be Too Big 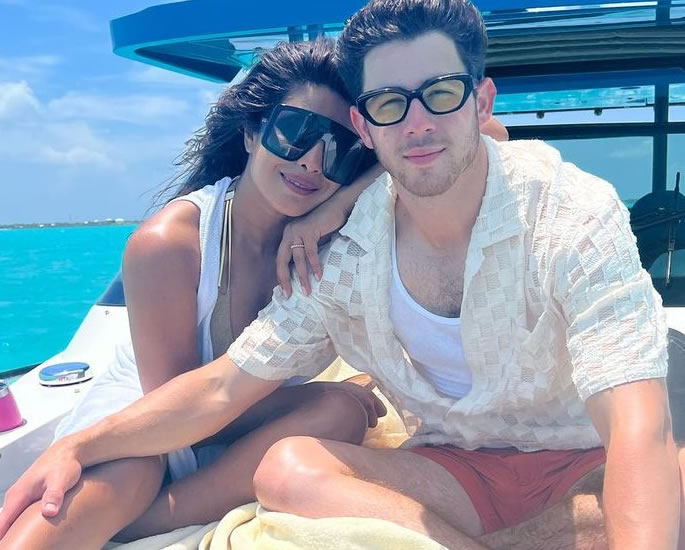 After discovering that Nadia was not committing to her growing relationship with Shekhar because of her attraction to Vishal, a man seven years younger than her, Sima warns that it will not end well.

She told Nadia: “Maturity is very important. You are much more mature than him.

“I think two to three years is OK, but seven years is a lot.”

Nadia then pointed out Priyanka Chopra’s age gap with Nick Jonas. This resulted in one of the show’s most controversial moments.

“I don’t feel it’s a good match, sorry to tell that. He looks so small and petite in front of her and she looks elder.”

Despite Sima’s advice, Nadia cuts things off with Shekhar via FaceTime in order to pursue a relationship with Vishal. But Vishal ends up dumping her.

Sima Taparia’s opinions and conversations with her clients are some of the highlights of the show but her advice does not come cheap.

Indian Matchmaking has reportedly been renewed for a third season and speaking about the possibility of more matchmaking adventures, Sima said:

“You will have to wait and watch. We never anticipated the show will rock the world, that people would connect with it.

“Never thought I’d get so much love and respect.

“If I am going to the US or London or Dubai, people recognise me even if I have my mask on.

“They know me through my voice. My hair also gives away my identity. They are like ‘Are you Sima Taparia?’”

Dhiren is a journalism graduate with a passion for gaming, watching films and sports. He also enjoys cooking from time to time. His motto is to “Live life one day at a time.”
Celebs condemn Faisalabad Sexual Assault Case
Jay Shetty to Officiate Jennifer Lopez & Ben Affleck’s Wedding