How a Microwave Baker launched a Luxury Dessert Business

An entrepreneur has revealed how she went from microwave baking to launching a luxury dessert business, specialising in DIY kits.

"But I was really into baking"

Samina Courtin revealed how she came up with her DIY luxury dessert kits.

She first got into baking as a child, creating microwave baked goods.

She went on to train with chef Raymond Blanc at Le Manoir aux Quat’ Saisons as well as launch her own business.

“We’re all quite foodie, especially mum’s side, it’s a massive part of daily life – but in terms of making sweets or desserts they would usually go to Ambala and Royal, they wouldn’t really make stuff at home.”

But she soon found a passion for home baking because she always had a sweet tooth.

Samina continued: “I loved baking and always had a sweet tooth, we should all allow ourselves to be treated, the fact you make the dessert is more of a process you can enjoy and savour, rather than chucking a bag of biscuits down your throats.

“You can savour more when you know what’s going into it.

“It would always be me who would do the baking, as my mum was more of an expert in the savoury things.”

But in baking, Samina knows it requires precision.

She told MyLondon: “To this day mum doesn’t own scales, but she’s like nah I know exactly what I’m doing.

“But I was really into baking and you need to be more precise, you can’t just chuck it all in!”

Samina started off as a beginner, but only found she could make more complex pastries after meeting her now-husband, who is French.

After visiting France she realised the desserts were intricate and she was fascinated by them.

Samina said: “I met someone who was French so started doing tours to France and understanding amazing world of patisserie.

“I was fascinated and on my lunch breaks at work, I would be going to the supermarkets trying to make the exact same things at home.

“It was a case of going over and trying everything, their patisserie shops are a feast for the eyes, and you encounter a huge array of amazing treats.” 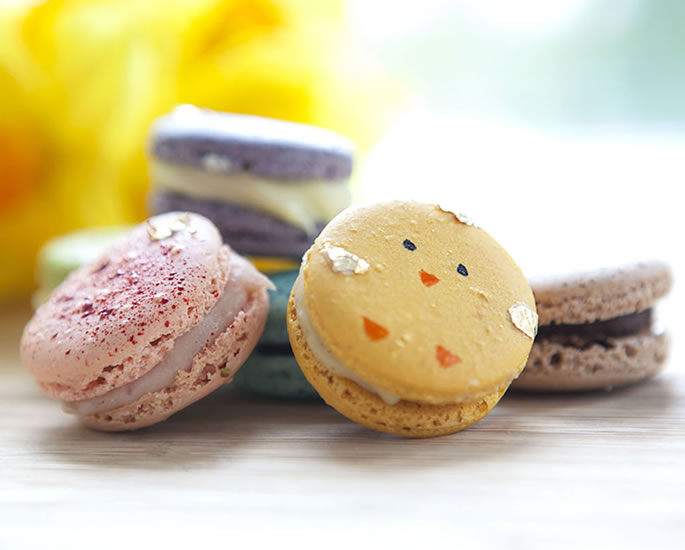 After visiting France, Samina ended up training as a patisserie chef and taking the career more seriously.

She said the experience was amazing, adding that patisserie chefs work differently compared to usual chefs as they are extremely focused.

Samina stated that she is happy to be representing South Asian women in a white male-dominated industry.

“There’s not enough females and diversity in that sector and I’m not sure why that is, but I’m happy to be representing.”

“When I was working as a pastry chef I would say it’s quite male-dominated, it was probably 70% male but when you transport it back to the kitchen at home it’s generally the women.

“My customers are predominantly women as well.”

She ended up creating Mon Dessert, a luxury dessert business that allows people to make chef-level desserts at home.

Her DIY kits quickly got picked up by Fortnum and Mason and then Harrods.

On why she created DIY kits, Samina said:

“Everything in patisseries looks delicious and they’re so intricate and beautiful to look at, that’s where the idea came from, how can an everyday person make these complex treats easily?”

Mon Dessert has an array of kits to choose from with more desserts to be available in 2022.

Samina has even paid homage to her heritage:

“I’ve even brought out some Indian stuff, we have Barfi on there so it’s more and more diverse with not just French, eventually I want every type of global dessert!

“We’ve got French, Italian, and some British classics – there will be lots more coming from 2022 all around.”

Dhiren is a journalism graduate with a passion for gaming, watching films and sports. He also enjoys cooking from time to time. His motto is to “Live life one day at a time.”
How to Make the Best Desi Christmas Dinner
Netizens annoyed by US Indian Doctor’s Chai Recipe