We speak exclusively to Halima Khatun about her thought-provoking novel, ‘The Diary of a Bengali Bridezilla’, her writing journey and more.

"My initial experience was negative."

Award-winning author, Halima Khatun, has released another captivating, thought-provoking yet humorous novel titled, ‘The Secret Diary of a Bengali Bridezilla.’

Halima Khatun made her writing debut in February 2020 with her novel, ‘The Secret Diary of an Arranged Marriage.’ The story follows a British-Bengali girl on the search for Mr Right.

Her debut novel received media interest and she also won the Patron Prize (public vote) at The Page Turner Awards.

‘The Secret Diary of an Arranged Marriage’ debunked the myths surrounding arranged marriages. In fact, it was well-received by both the BAME and non-BAME communities.

Halima Khatun’s follow up novel, ‘The Secret Diary of a Bengali Bridezilla’ (2021) continues to explore the themes of race, identify and belonging.

The novel also reflects on the shared universal struggle faced by South Asian women in relation to planning and preparing for their wedding day.

These include trying to please everyone, managing societal expectations and more.

We speak exclusively to Halima Khatun about her novels, writing journey and much more. 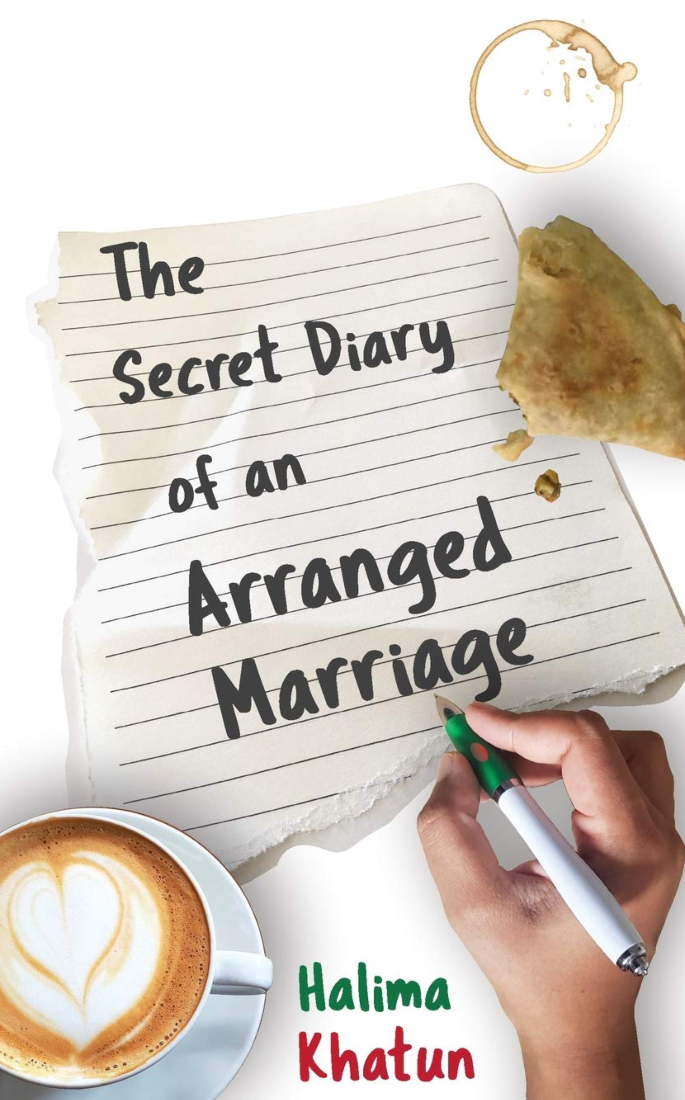 The Secret Diary of an Arranged Marriage

Although ‘The Secret Diary of an Arranged Marriage’ was released in February 2020, Halima Khatun revealed that she had written a book prior to this. She explains:

“Slightly cringe story, but I actually wrote my first book at the age of 12, but it never saw the light of day!

“I wrote a 60,000-word coming-of-age book which was politely turned down by Penguin and all the major publishing houses.

“My next book – ‘The Secret Diary of an Arranged Marriage’ – however, did much better!

“It’s since won an international award – The public vote at The Page Turner Awards – and is available on Amazon and all major retails and libraries.”

Speaking about how long it took her first book to get published, Halima Khatun reveals:

The Challenges of Being a Mother and Writing

Halima Khatun is a proud mother to two children. We asked her about the challenges she faces balancing motherhood with her career in writing. She reveals:

“I drafted ‘The Secret Diary of an Arranged Marriage’, whilst nursing my daughter (the wonders of iPhone notes!).

“It was published in February 2020 whilst nine months pregnant with my son, and I drafted my second novel – ‘The Secret Diary of a Bengali Bridezilla’ – whilst nursing him, on maternity leave and in the midst of a global pandemic!

“So it was lots of multitasking, writing and dictating into iPhone notes while making dinner, or when my baby napped.

“I run my own business – a PR consultancy called hkcommunications.co.uk – as well as running the lifestyle blog halimabobs.com, which I scaled back after the birth of my daughter.

“However, with two under three (year olds) to look after and no childcare, it was indeed very challenging.

“I’m a bit of a hands-on (some may call it helicopter!) mum, so I wanted to ensure that my kids had my full attention, so finding windows of opportunity to write and market my book was the biggest challenge.

“Another challenge of writing a book around my kids was setting boundaries. When you have a regular 9-5 job, you have a clear time when you work and when you don’t.

“When writing my books, I was effectively being my own boss, which meant I rarely could switch off. This, on top of being a mum, was a 24-hour job.

“I genuinely think that being a mum is one of the most underrated jobs there is, as it’s often taken for granted in society as there isn’t a salary attached to it.

“However, writing my book has also been one of my greatest achievements as I fulfilled a childhood dream under the most challenging of circumstances!

“Plus, my daughter recognises my books and knows that mummy is an author which is the most amazing thing.”

Despite the challenges she faced, Halima Khatun continued to persevere with her writing and has delivered another fantastic novel. 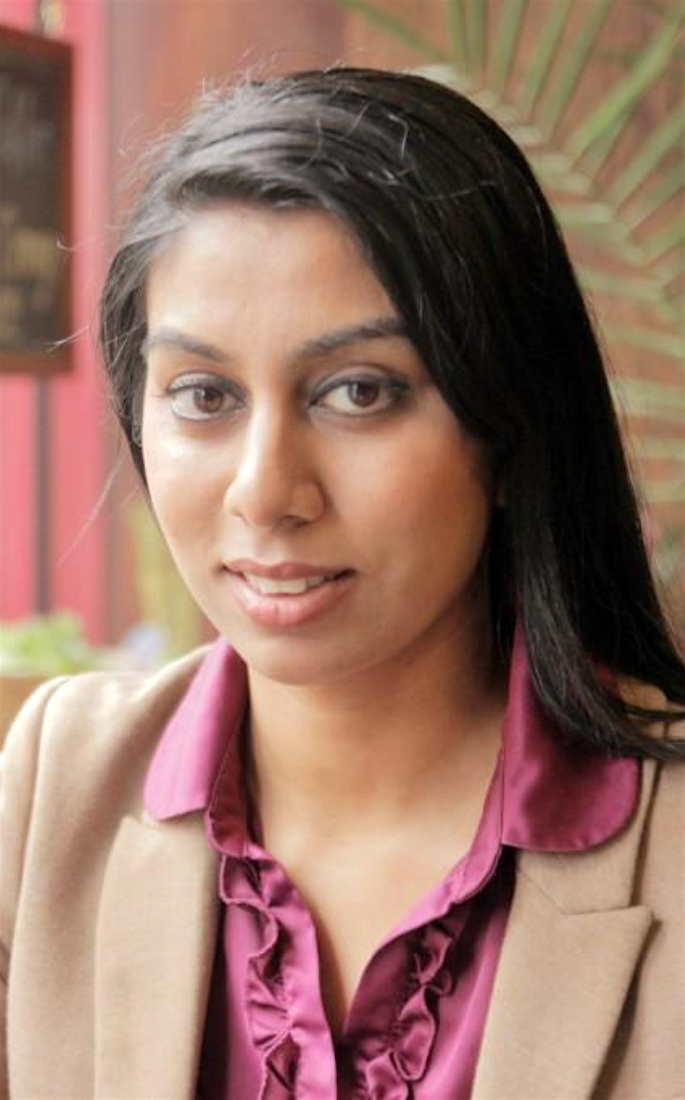 Answering whether there are more pressures of marriage particularly for South Asian women, Khatun says:

“Honestly, I don’t know if it is. Of course, in the Asian community there was an expectation to be married and have children by a certain age, and in my community – British-Bengali Muslim, you’d be expected to get married before living with a partner.

“However, these days women are getting married later and enjoying successful careers. In previous generations, being over 30 and unmarried was frowned upon, now it is more common.

“Also, while in the non-BAME/Western community there isn’t quite the same expectation regarding marriage, there is certainly a pressure for women to settle down and have children.

“In fact, you could argue it’s harder in the non-BAME community as they don’t have the arranged marriage introductions as a backup option.

“This is something I explore in my books. In the Western community, if you’re single and looking to find a partner, you’re largely left to it and it’s your problem.

“However, in the Asian community, it’s everyone’s business in the mission to find you a man!”

Speaking about the difference in expectations for BAME and non-BAME women, she explains:

“Speaking as a writer who is also a woman of colour, I have definitely experienced certain expectations when it came to my books.

“For example, when I was initially speaking to mainstream media outlets, many assumed the story was based on my life.

“Others, had a very fixed narrative in their mind regarding arranged marriages and expected, or arguably hoped for, the story to have a negative light.

“And of course, some just couldn’t wrap their head around the concept of the arranged marriage process, where you are introduced to people through the formal introductions, whilst also meeting and dating people of your own accord.

“Many people felt that arranged marriages are a very black-and-white issue, a backward practice where the singleton has no say in the matter.

“In reality, it couldn’t be more different in my experience, however, I think in the mainstream society there is almost a reluctance to hear that as it goes against the very status quo.

“Since then, lots of mainstream publications have been very receptive and explored the concept with an open mind, however, my initial experience was negative.” 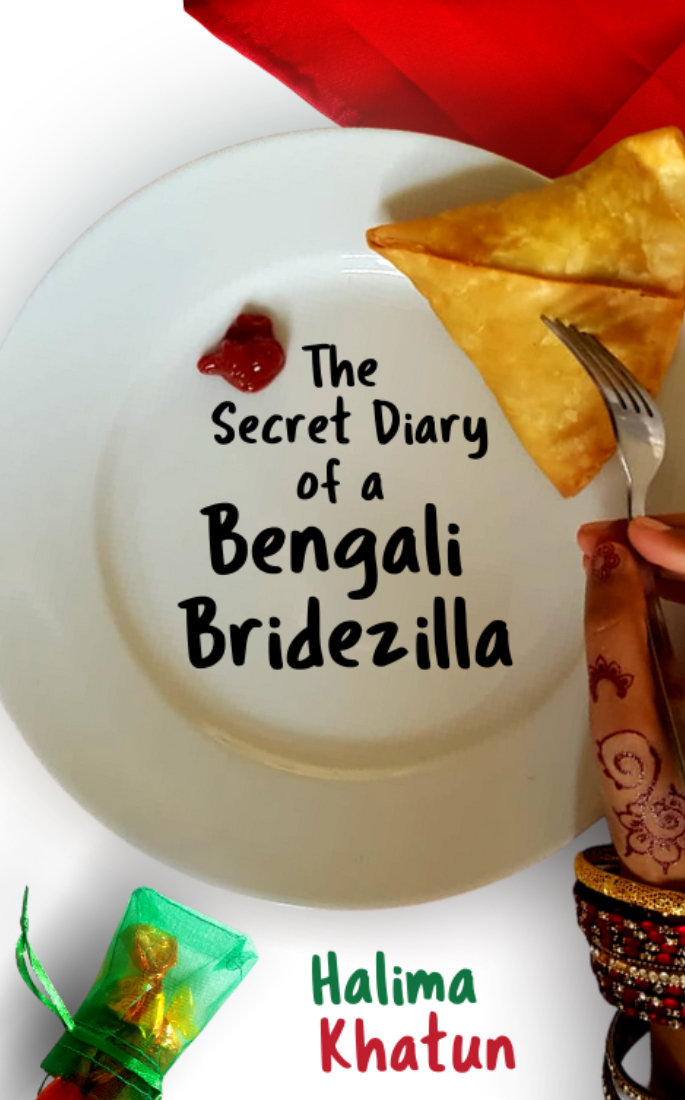 In South Asian communities, the concept of virginity is used as a pawn to determine whether women are ‘pure’.

Traditionally, a woman should be a virgin until she is married. Engaging in sexual intercourse is deemed appropriate only when a woman is married.

“I would also argue that this isn’t an issue just booked (for) BAME women. Even in Western society women are held in a different regard when it comes to this.

“For example, a woman who has had many partners in Western society would be given a different label than a man in the same position.”

When it comes to marriage, there is a perceived gender imbalance. Addressing this, Halima Khatun says:

“I think there used to be a big imbalance in that women largely had the domestic roles, while men went to work.

“Things have now moved on where women also have careers, put their children in childcare, and still go to work whilst having a family after marriage.

“However, one thing that lockdown has highlighted with children being homeschooled and parents working from home, is that women still bear most of the home duties.

“Honestly, I don’t think that’s going to change any time soon as it’s so deeply ingrained in all societies, Asian or not.”

Alongside this gender imbalance comes the views on in-laws and extended families meddling in marriages.

“I think I speak for all women and men when I say in-laws or extended families, of course, shouldn’t meddle in marriages!” says Khatun.

Revealing where she gets her ideas from for her books, Khatun recalls:

“I remember sitting in my living room reading a newspaper about ‘Queenie’, a book based on a black girl living in and dating in London.

“This sparked a conversation between my husband and I as we felt there wasn’t any equivalent for the British Muslim girl.

“All the books out there had a very fixed narrative where the girl is against the idea of being introduced by family, or is a submissive protagonist who has no say in the matter.

“I wanted to challenge this by showing a modern-minded career girl, who is happy to be introduced by family as well as making her own introductions. Thus my book ideas were born!

“All the characters are fictional, though, since publishing, I’ve had many a friend think that I featured them in the book, though I haven’t!”

Halima Khatun continued to mention who her inspirations are in literature:

“I grew up reading Zadie Smith and just loved her literature. ‘White Teeth’ was a book that had me laughing out loud as I related to many of the jokes within the story.

“When I was younger, I read Judy Bloom which inspired me to write my novel age 12, though it wasn’t quite as successful as hers!”

To purchase Halima Khatun’s ‘The Secret Diary of an Arranged Marriage’, click here.

To find out more about ‘The Secret Diary of a Bengali Bridezilla’, click here.

Ayesha is an English graduate with an aesthetic eye. Her fascination lies in sports, fashion and beauty. Also, she does not shy away from controversial subjects. Her motto is: “no two days are the same, that is what makes life worth living.”
Kim A. Wagner’s ‘Amritsar 1919’ to be Made into a Film
Why is the Peacock India’s National Bird?